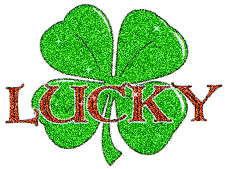 I just heard a news report out of Bernalillo, New Mexico where police interviewed a man who had been involved in a bizarre single car accident. When they asked him what had happened he told them that he had swerved off the road and wrecked his car while trying to attach a lucky shamrock emblem to his key ring. I guess it’s official…lucky charms aren’t so lucky (although the edible ones are very yummy☺)

Most of the “gods” in ancient heathen religions were hardly more then a lucky shamrock. They were personifications of some particular thing; usually a human interest, passion or fascination, in which people put confidence and trust. For instance there is Hike, the god of magic and medicine. There is Imhotep the god of science and thought. Thoth is the god of wisdom. Eros is the god of passion and lust, Ares is the god of war…and the list goes on and on.

Our ancestors served these patron gods and goddesses and then trusted them for help, provision, safety and protection, but they were terribly disappointed. Gods of war were smashed in battle. Gods of prosperity were abandoned in famine. Gods of health were forgotten in sickness. You may notice that nobody worships these gods anymore. In the end they found them all to be as worthless as a lucky shamrock because they could do nothing to help them when it really mattered.

If we are honest, we will admit that modern man has not advanced so far beyond these superstitious ancients. While men may no longer bow at the altar of Eros, they still worship their lust and passion with religious zeal. While there is no longer a temple to Imhotep, people still worship science and knowledge as though they were divine…perhaps now more then ever. While most people don’t know the name of Hike, many trust the doctors prescription more then God himself. We are all serving something, worshipping something and living for something.

When Daniel was thrown into the Lions Den in Daniel chapter 6, the Bible says that the next morning King Darius came and called down to Daniel to ask him this question, “O Daniel…is your God, whom you serve continually, able to deliver you from the lions?” (Dan. 6:20)

Babylon was a land of many gods; gods of war, of sex, of power and of money. These gods had beautiful temples filled with golden artifacts. The idols that represented them were ornamented with precious jewels that were polished until they sparkled. Yet in the moment of trouble, when it came down to the wire, there was only one thing that really mattered. Darius wanted to know, “…is your God whom you serve continually, able to deliver you?” Perhaps we should ask this of all the things we are serving. In the end will your money save you? Will your doctor save you? Will your lust, your pride, your warring or your intelligence save you?

Daniel replied to the king, “My God hath sent his angel, and hath shut the lions’ mouths.” David said in Psalms 37:25 “I have been young, and now am old; yet have I not seen the righteous forsaken, nor his seed begging bread.” In Psalm 36:5 he says, “…your faithfulness reaches to the clouds.” Paul says that all of God’s promises in Christ are “Yes and amen”. Billions throughout history have attested to His utterly dependable faithfulness and power. It’s no wonder He’s still around when the other “gods” have all faded into the oblivion of ancient history. I can personally say with great confidence that Jesus has never failed me. I proved his faithfulness over and over and I am sure that I can trust him.

What are you living for today? Where is your passion? Where are you investing your money? Where are you spending your time? In what have you put your trust? And then the most important question: in your moment of need, when it really matters, can you trust in your god to save you? If not I suggest you trade your lucky shamrock for a real God.