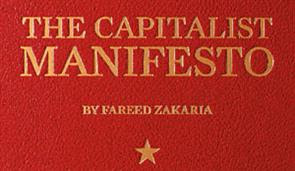 I’ve just finished reading a fascinating article in the June 22, 2009 edition of NEWSWEEK. The author, Fareed Zakaria, is tackling the multi-faceted complexities of the recent, international economic meltdown. The article addresses many challenges within capitalism, democracy, the financial system and government regulation. But what intrigued me most is the conclusion that this secular columnist reached. “What we are experiencing is not a crisis of capitalism”, he says, “it is a crisis…ultimately of ethics.” It goes on to say, “No system – capitalism, socialism, whatever – can work without a sense of ethics and values at its core. No matter what reforms we put in place, without common sense, judgment and an ethical standard, they will prove inadequate. We will never know where the next bubble will form, what the next innovations will look like and where excesses will build up. But we can ask that people steer themselves and their institutions with a greater reliance on a moral compass.” 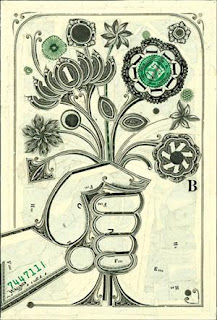 Imagine that…the world is crying out for a “moral compass”. Let the nation whine about the right-wing fanatics who cling to their guns and religion, but it turns out…we NEED a moral compass after all. We need a sense of ethics. We need a voice of conscience.

Maybe our modern, seeker-sensitive, friendship evangelism approach has been wrong all along. All this time, we’ve been concerned with not “shoving our beliefs down people’s throats” and being tolerant and not seeming fanatical. We’ve worked so hard to assimilate in the culture and tried so hard not to annoy the world when that is exactly what they have needed from us. A patient may whine when the doctor stabs him with the needle but in the end the patient prefers the needle to death by some terrible disease. It seems that the world needs our annoying, prophetic voice of conscience after all. If we don’t provide it, they are going to point their fingers at us and ask, “Why didn’t you speak up?”

Jesus said in Matthew 5, you are “the light of the world”, “a city set on a hill” and “the salt of the earth”. We have a Divine assignment to be the world’s voice of conscience. Some statistics place America’s Christian population as high as 224,457,000…that’s nearly 85% of the nation claiming to be “Christian”. 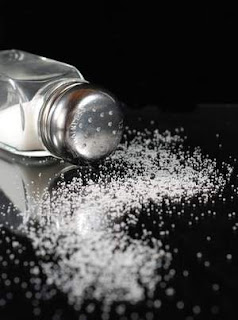 Jesus went on to say in Matthew 5, “If the salt has lost its taste [its strength, its quality]…It is not good for anything any longer but to be thrown out and trodden underfoot by men.” If America has an ethics problem then I would say that means that it also has a Church impotency problem. Can it be that we are not doing our job? Have we lost our saltiness? What good are we if we are not confronting and influencing the moral climate of our land?

The article ends with this statement, “We are in the midst of a vast crisis and there is enough blame to go around and many fixes to make…but at heart, there needs to be a deeper fix within all of us, a simple gut check. If it doesn’t feel right, we shouldn’t be doing it…” This is where I disagree with Mr. Zakaria. I’m afraid that this “gut check” approach simply doesn’t work. All the ways of a man are right in his own eyes (Prov. 21:2). Everyone’s “guts” have a different idea of what is right. But perhaps a gut-check is in order for those of us who call ourselves Christians.

It’s always easy for would-be prophets to talk about all the problems with “the Church”, but what about me personally? What am I doing to influence society? Is my light shining? Is my voice being heard? I hear people shouting for civil-rights and animal rights and women’s rights, but where is the voice shouting for WHAT IS RIGHT? It’s time to get salty; to wake up, stand up and speak up; to be a city on a hill, a light in the darkness and a voice of conscience in a wicked world.