If you are honest, you will probably agree with me, that reading through the genealogies in the Bible is not exactly the most riveting past time in the world. “So-and-so began so-and-so, who begat so-and-so and so-and-so.” Before you know it your mind has wandered to some other topic, and you are just reading on autopilot. But if you are careful, you will uncover some incredible lessons in the genealogies.

Recently as I was reading the second chapter of I Chronicles, I noticed something very interesting. I was going through the rich, complex and often, scandalous family tree of these ancient patriarchs when suddenly I noticed that out of all the names and “begats”, one woman seemed to stand out like a sore thumb. Her name is Seled. Unlike most of here contemporaries, listed along with her in this chapter, the Scripture takes time to give us a little bit of extra information about her. This small, parenthetical insertion next to her name is the only information that we know about her. We don’t know if she was good or bad, ugly or beautiful, rich or poor. We don’t know about any of the things she may have accomplished in her life. Her only enduring legacy is this: “Seled died childless.” (v.30)

For a woman in Seled’s time and culture, to die without bearing children was possibly the most humiliating stigma possible. If she had a choice, I’m sure she would rather have her disgraced name taken out of the Bible, but instead this epitaph will forever be her claim to infamy. 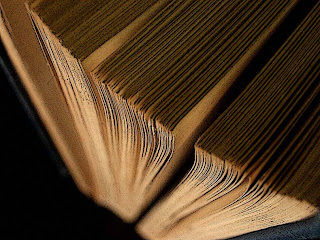 Revelation 20:15 tells of another book of names that is written in heaven…the Lamb’s Book of Life. I wonder if it also reads like the genealogies: connecting spiritual mothers and fathers with spiritual sons and daughters. I wonder how many Christians will have only one eternally enduring legacy: “So-and-so died childless.” What utter humiliation it would be to meet Jesus, to see the scars in his hands and feet, to know that He paid the ultimate price for your salvation, but to stand before Him alone. Having received eternal life, but never having shared it with another. To think that you were so self-conscious that you could not even talk about Him, yet He was willing to hang on a cross for you naked. To be a part of the Bride of Christ, but to have died barren and unfruitful; this must be eternity’s ultimate disgrace.

But notice that the Bible does not say that “Seled WAS childless”, it says, “Seled DIED childless.” You see, even though as she grew older, the biological clock was working against her; as long as she was alive there was still hope. Consider Sarah, the wife of Abraham, who was 90 years old when she had her first child, Isaac. She may have gotten a late start, but her posterity became as numerous, and her name as illustrious, as the stars of heaven.

You may have never won a single soul for Jesus in your life, but if you are reading this article, it’s not too late. Today you could tell someone about Jesus. Today you could share your testimony. Today you could lead a person to salvation. Today you could start a new spiritual legacy that will endure for eternity. “…Those who lead many to righteousness [will shine], like the stars forever and ever.” (Daniel 12:3)