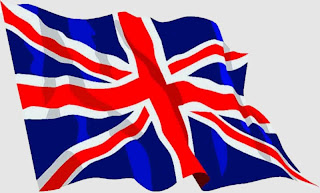 My plane touched down in Birmingham just a few minutes ago. My feet are now on the ground in the U.K. and I am ready for a Holy Ghost explosion this week! Over the next 7 days I will be in Wolverhampton, Ilkeston, London, Ealing, and Aylesbury. For complete itinerary information please visit http://www.cfan.org.uk/events/

The Lord has laid a burden upon my heart and a fire in my bones for the UK, and I am SURE that “The Time is Now!” For the benefit of those who may not have already seen it, I am reposting here the message that the Lord laid on my heart in preparation for this trip. I have also included a special treat at the end. I hope to see you soon!

THE TIME IS NOW! 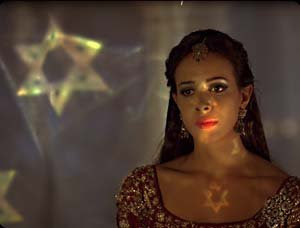 Esther was a young Jewish woman that was born as a minority in an oppressive society into a broken family situation; the odds were against her right from the start. But virtually overnight, Esther went from rags to riches, from poverty to the palace, and became the wife of King Xerxes I, making her one of the most powerful women in the world.

Irony seems to fill the pages of the book of Esther. Just as a Persia has unknowingly crowned a Jewish queen, the king’s vizier, Haman, is plotting a diabolical scheme to exterminate the Jewish race through a bloody genocidal slaughter. There is only one Jew in the land who is in a position to intervene on behalf of her people…Esther.

Perhaps the pleasures of the palace had begun to intoxicate Esther. We see in chapter 4 that she begins to struggle with what course of action to take though it should be obvious. It would be a tragedy for her to rise from the gutter to the palace only to lose her head in a misguided attempt at heroic glory, she thought. Taking this matter to the King was a risk of everything that she had…including her very life. Perhaps a more subtle approach would be best. Maybe she should just lie low and continue to be a good friend of the King and if an opportunity presented itself, she could plant a seed in his heart on behalf of her people without jeopardizing herself. After all what good would she be to anyone if she were dead?

In Esther 4:13, Mordecai (Esther’s cousin), sensing her internal struggle, sends to her this stern message: “Do not flatter yourself that you shall escape in the king’s palace any more that all the other Jews. For if you keep silent at this time, relief and deliverance shall arise for the Jews from elsewhere, but you and your father’s house will perish. And who knows but that you have come to the kingdom for such a time as this and for this very occasion.” In other words, Mordecai said, Esther, You have been placed in the position you are in because you are a strategic part of a divine purpose that is much larger than yourself. If you try to protect your position at the expense of the divine purpose, God will drop you and replace you. Had Esther chosen to try to protect herself at the expense of her people, God’s purposes would still have been fulfilled, but she would have been the one destroyed.

In July, I will be traveling to the UK with a great sense of urgency. Over that last few months I have sensed in my spirit that the UK has reached a critical inflection point. We need a spiritual revolution: a Holy Spirit tidal wave, an unleashing of supernatural intervention…and I believe that the time has come. This is not the time to keep silent. This is not the time for watered down methods and seeker-sensitive, friendship evangelism. If we ever needed something radical, reformational and revolutionary it is now. God has placed His church in a strategic position and will use His fire-infused people to push back the darkness. This mandate is not an incidental auxiliary to our “real” church activities and programs. It is the very purpose that we exist on the earth. We have come into the kingdom for such a time as this and for this very occasion!

God’s purposes roll through the earth like a freight train that cannot be stopped. The most dangerous place in the world is in the way of those purposes. If you doubt this, just ask Pharaoh. If God can’t use your church, He’ll find another one. If He can’t use you, He’ll find someone else. The question is NOT, “Will God accomplish His purpose?” The question is, “Will you have the unparalleled privilege of partaking in the highest honor of man – the reason you were born and the reason you were saved – to assist God in the fulfillment of His purpose in the Earth? Leonard Ravenhill once said, “The opportunity of a lifetime must be seized during the lifetime of the opportunity.” I believe that this is the UK’s moment in history. If we miss it now we will live with eternal regret. That’s why I want to stand shoulder to shoulder with you and seize it for Calvary’s sake. The time is NOW!