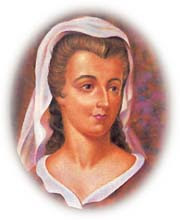 It’s been said that, “The hand that rocks the cradle is the hand that rules the world.” Susanna Wesley is a great example of this. She was the mother of, not one, but two of God’s generals: John and Charles Wesley. Susanna was one of the most influential academic and spiritual influences in her sons’ lives and helped to mold them into the world-changers they became. Listen to this advice that Susanna gave to her son John with regard to sin.

“Whatever weakens your reason, impairs the tenderness of your conscience, obscures your sense of God or takes off the relish of spiritual things; in short, whatever increases the strength and authority of your body over your mind, that thing is sin to you, however innocent it may be in itself.” ~ Susanna Wesley
“Someone may say, “I’m allowed to do anything,” but not everything is helpful. I’m allowed to do anything, but I won’t allow anything to gain control over my life” ~ Paul the Apostle (I Corinthians 6:12 GWT)
Recent Posts