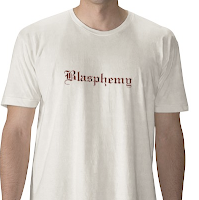 A couple of days ago, atheists from around the country celebrated “Blasphemy Day”. As one website encouraged them to: “…admit to committing blasphemy against all gods. Religion is mythology. Gods are lies. Preachers are liars (yes, all of them), and anyone who believes in magic men in the sky are fools. Please take a moment to commit blasphemy today. Change your status message on Facebook or MySpace to something blasphemous. Wear an atheist pin. Come out of the closet a little more. Make it known… and make it loud.”

Whenever I witness to these blasphemous types (which I have done quite a bit recently), I can’t help but wonder if they will be able to retain their arrogant confidence when facing the rising fog of death as it draws them in to the darkness of an eternity without hope.
You see, death seems to have a way of bringing a solemn hush to the pretentious profanities of self-confident blasphemers. In those final hours and minutes of life, courage cannot be found in the fading flower of the mind and body. Excuses, justifications and intellectual arguments are all exposed as cheap covers, for a deep-seated fear of the grave, that cannot offer one ounce of consolation or power over it.

Thomas Paine was a blasphemous, smug deist. He was known to describe the Gospel as a “fabulous invention”. But his last words were, “What a fool I have been. Oh God help me, for I cannot bear to be left alone!”

Robert Ingersoll’s father was a Presbyterian preacher who had even filled the pulpit of Charles Finney. But Robert rejected the faith of his father and became a famous proponent of agnosticism and humanism. On his deathbed he cried, “God, if there be a God, save my soul if I have a soul from Hell if there be a Hell.” 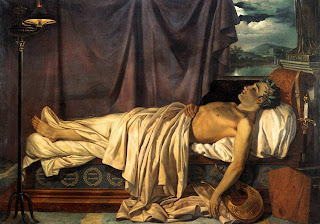 Sir Thomas Scott said upon his deathbed: “Until this moment I thought there was neither a God nor a hell. Now I know and feel that there are both, and I am doomed to perdition by the just judgment of the Almighty.”

Honoré Gabriel Riqueti, the French statesman, as he was dying, asked to be drugged, “that I may not think of eternity and what is to come.”

Contrast these experiences with the last words of evangelist D.L. Moody. “Earth is receding, Heaven is descending, God is calling and I am going home. Is this death? Why it is not bad, it is glorious. This is my coronation day.”

Or the words of Stephen as he was being stoned: “Behold, I see the heavens opened, and the Son of man standing on the right hand of God…”

When a storm is approaching, many animals will nervously burrow and dig for shelter under the ground. But the eagle is not afraid. He simply spreads his wings and effortlessly rides the thermals high above the storm. He looks down at it from above and laughs mockingly.

My friend, when a man has Christ, he has wings. He need not be afraid of death, for when it comes, he will soar above it and taunt it with the words of Paul the Apostle:

“O death, where is thy sting? O grave, where is thy victory? The sting of death is sin; and the strength of sin is the law. But thanks be to God, which giveth us the victory through our Lord Jesus Christ.” (I Corinthians 15:55-57)