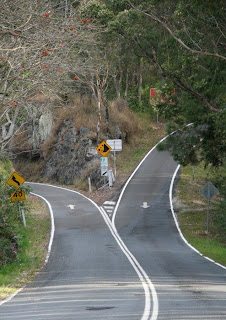 Real Christianity is very politically incorrect because when it comes to the issue of truth, it is utterly intolerant. Someone told me that they don’t like Christianity. They feel it is too “narrow minded”. They believe that there are many paths to God and that everyone can have their own truth. But let’s put that theory to the test shall we?

Can 1+1 = 3? No? It seems that the calculator is very narrow-minded by insisting that 1+1 can only equal 2. But is it exclusive because it hates all the other numbers and only likes the number 2? My friend, it is exclusive because truth, by its very nature, is narrow in scope while falsities are vast. If I ask, “What does 1+1 equal?” – there are an infinite number of wrong answers, but only one right one.

There are an infinite number of wrong paths and someone is walking on every one…this is why the way to destruction is so wide. But there is only one path of truth. It is narrow and constricted because it is unique. If Jesus were trying to build a large following and a thriving religion, it would naturally have been much smarter to make it all-inclusive. But Jesus wasn’t an entrepreneur seeking to build the biggest religious enterprise. He was “the way, the truth and the life.” His words were not a strategic marketing pitch…they were simply true.

Christ is the door…there is no other. The Gospel is not exclusive because God is cruel or discriminatory. It is exclusive simply because it is truth…and the truth will set you free.

Acts 4:12 Neither is there salvation in any other: for there is none other name under heaven given among men, whereby we must be saved.