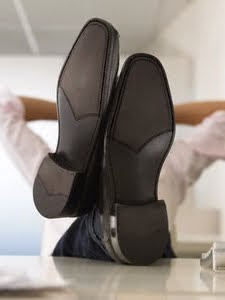 In my days as a worship pastor, I remember that one of my greatest frustrations was with musicians who over-played. Often, what sets a real professional musician apart from an amateur is that a real artist knows when NOT to play. He knows when one more note would be too many and one less would be too few.

In Genesis 2:2,3 we read that “The heavens and the earth were finished, and all the host of them. And on the seventh day God ended his work…and rested…” When God saw that His masterpiece was finished, He stopped working. Like a composer holding a finished opus in his hands, He said, “It is ‘very good’.” He knew that every necessary note was in place and that one more would be too many.

According to John, the last words out of the mouth of Jesus as he hung on the cross were, “’It is finished.’ With that he bowed his head and gave up his spirit.” (John 19:30). The work of salvation was complete, and it was very good. It was not necessary for Jesus to hang there on that cross for one second longer. Not even God Himself would add to or take away anything from the masterpiece of salvation – it was perfect! In it, the Father, the Son and the Holy Ghost rested.

The Children of Israel were commanded to observe the Sabbath Day. After all, if it was good enough for God to rest on the 7th day, then it should be good enough for them as well. This was a strict command, and the one who would dare to break it was subject to capital punishment.

But the Sabbath Day rest was only a type and a shadow. Today we are commanded rest in the finished work of Calvary. After all, if it was good enough that Jesus could rest in it, then it is good enough for us to rest in as well. Do we dare to add another note to the finished masterpiece of “so great a salvation” that even the Godhead has pronounced perfect? Actually, this is the essence of the Gospel…that we can neither add to, nor subtract from the work of Christ, therefore we trust in it alone. This is saving faith.

John Paton was a missionary who worked among tribes of cannibals in the New Hebrides Islands in the 1800’s. He was working to translate the New Testament into their native language but ran into a barrier when he could find no translation for the word “believe”. He wanted a word that meant more than mental ascent. He needed a word that indicated trust, reliance – saving faith. One day a native arrived at his hut exhausted from some strenuous work. He came inside, collapsed on one chair and rested his feet on another one. “What are you doing to that chair?” John Paton asked. The word the native used meant, “To rest your whole weight upon.” John had his word. Every time he saw the word “believe” in the Greek, he wrote, “Rest your whole weight upon.”

Can you think of a better way to describe faith? We rest our full weight upon the finished work of Christ. Those who break this Sabbath are guilty of the most serious of offenses and subject to ultimate punishment. But those who rest with Christ in the perfection of His atonement have put the whole weight of their sins and their lives upon the rock of ages.

“For he that is entered into his rest, he also hath ceased from his own works, as God did from his. Let us labor therefore to enter into that rest, lest any man fall after the same example of unbelief.”
~ Heb. 4:10, 11