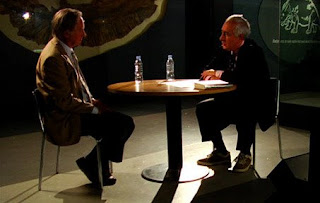 My skin crawled when I heard Richard Dawkins read a quote from one of his books during an interview with Ben Stein in his documentary called “Expelled” (an excellent documentary by the way). Dawkins says, “The God of the Old Testament is arguably the most unpleasant character in all fiction: jealous and proud of it; a petty, unjust, unforgiving control-freak; a vindictive, bloodthirsty ethnic cleanser; a misogynistic, homophobic, racist, infanticidal, genocidal, filicidal, pestilential, megalomaniacal, sadomasochistic, capriciously malevolent bully.”

While the Old Testament does spend a great deal of time describing God’s utterly ruthless judgment of evil, if you are not careful you will miss the whole point just like Dawkins did. The Old Testament is really a mind-boggling exposition of the incredible mercy of God. I could site dozens of examples of this, but one of the most fascinating comes from an unlikely source… the genealogies; which outline the family tree of Noah, all the way back to Adam (ch.5).

In Genesis 6 we read about a widespread corruption of the human race that had taken place. The possible implications of this corruption are staggering, being physical as well as spiritual (but that is for another discussion). The Bible says that “God saw that the wickedness of man was great in the earth and that every imagination of the thoughts of his heart was only evil continually…And the Lord said, I will destroy man whom I have created from the face of the earth…for it repenteth me that I have made them.” (6:5-7)

God, in His justice, had determined that He must send severe judgment upon the earth for its rank and exhaustive corruption, but if you look below the surface, you will see that there is another story here…a story of God’s incredible patience.

When Enoch was 65 years of age, we read that he had a son and named him Methuselah (5:21). Enoch was a man who walked with God in an extraordinary way (5:24), and a careful look at the Hebrew text reveals that the name that he gave to his son was more than a meaningless moniker…it was a prophetic prediction. “Methuselah” means, “It shall not come till he die.” (Lange’s Commentary). More interesting still is the fact that the Great Flood came right after Methuselah’s death in THE VERY SAME YEAR!*

Methuselah lived 969 years…in fact, the extraordinary length of his life has become proverbial. But his incredible longevity was not due to some nutritious, vegan diet or robust workout routine. It was God’s grace that allowed Methuselah to live so long. If the flood is a symbol of God’s wrath, Methuselah is a symbol of God’s patience. God said, I won’t send judgment until he dies and then, in mercy, He allowed Methuselah to live longer than any other person in history!

Along side every Biblical story of wrath and judgment is a story of incredible longsuffering, mercy and patience. Richard Dawkins may look at the Bible and see a God who is an “unjust, unforgiving control-freak”, but even as he utters those slanderous words, he opens his mouth and draws his next breath from the life-force of the very God whom he curses. What incredible mercy! Every time the heart of Richard Dawkins’ beats in his chest, it is the most profoundly undeniable evidence that, “The LORD is gracious, and full of compassion; slow to anger, and of great mercy.” (Psalm 145:8).