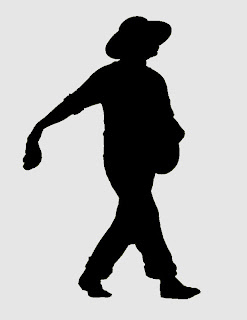 The Angel in Acts 10&11 told Cornelius to send for Peter “Who shall tell thee words, whereby thou and all thy house shall be saved.” There is an incredible power in words. James says that “Life and death are in the power of the tongue…” and in no context is this more explicit than in the preaching of the Gospel. On Peter’s words hung the eternal destinies of Cornelius and his entire family. What a solemn and most severe responsibility we have to communicate the Gospel with clarity and irresistible persuasion.

In Matthew 13:19, Jesus is telling the parable of the sower. He says, “When anyone hears the word of the kingdom, and does not understand it, the evil one comes and snatches away what has been sown in his heart. This is the one on whom the seed was sown by the way side.” This is what I call, “Way-Side Evangelism”. Some preachers preach to hear themselves talk. Paul said that the time would come when people would want their ears tickled, but I think some preachers only care about tickling their own ears. These “Way-Side” preachers are infatuated with their own brilliance and charmed by their own eloquence. They love to impress people with their deep insight and advanced theological understanding. Meanwhile those listening to their message are as confused as a rabbit at an Easter egg hunt. What good is a message like that!? Preacher – save your cacophony of hermeneutical mendacity for the elephant-waxing tournament. We want to understand what you are trying to say!

Jesus said that when a person hears our message, but cannot understand it, the evil one comes and snatches away what has been sown in his heart. The Gospel is salvation articulated. If the world could only understand it, I am sure that they would find it utterly irresistible. But if we don’t make it plain someone listening to our message might walk right past the narrow gate to eternal life and never know that they missed it! It happens everyday…what a crime. We must not give the Devil an opportunity to snatch the seed away by preaching a Gospel that is confusing or hard to understand. When we preach with clarity, with poignancy and with precision, we stomp on the Devil’s grubby, pilfering fingers, the sown Word takes root and produces fruit that will remain in the lives of those to whom we minister.

Arriving on the Battlefield

I would be remiss however, if I failed to address the other, equally significant, side of this coin. It is not only the message that is important, but also the medium. For much of the world’s history the major medium for communicating thoughts and ideas 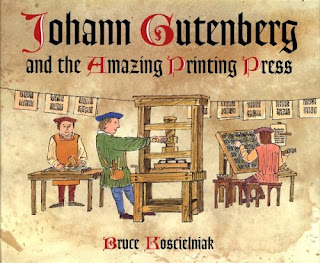 was verbal transmission; anecdotes and proverbs passed down from one generation to another. This began to change however around time of the Protestant Reformation. Neil Postman points out that, 1“Beginning In the sixteenth century, a great epistemological shift had taken place in which knowledge of every kind was transferred to, and made manifest through the printed page. ‘More than any other device,’ Lewis Mumford wrote of this shift, ‘the printed book released people from the domination of the immediate and the local;…print made a greater impression than actual events…To exist was to exist in print…’ 2” The Church was on the cutting edge of this shift with the very first printed book being the Gutenberg Bible. The following generations would see the Bible translated into more than 2,000 different languages and become the best selling book of all time.

In our generation there is another shift occurring. Today, electronic forms of communication are the dominant voice in the world. In the U.S. nearly 100% of households have a television and on average each dwelling has more than 2. More than a trillion Internet URLs are indexed with Google alone, which performs over 2 billion searches daily. Consider that if Facebook were a nation, it would be the 8th largest in the world with over 150 million members. Everyday over 100 million videos are viewed on You Tube and the list goes on. In America we have seen a striking example of the power of electronic media in our recent presidential election. It has been said that President Obama won the election, “because he understood new media.”3

A couple of years ago the Lord spoke prophetically to me and said, “Every generation has a battlefield. If the Church fails to arrive on that battlefield, she will lose that generation. Your generation’s battlefield is the world of media.” 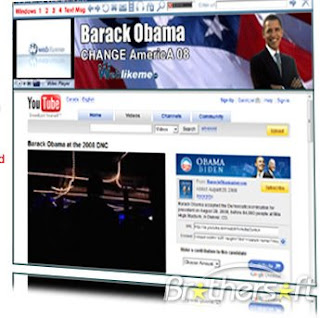 President Obama showed up in that battlefield and won because his opponent didn’t even know what the battlefield was. Francis Schaeffer said, “Each generation of the church in each setting has the responsibility of communicating the gospel in understandable terms, considering the language and thought-forms of that setting.” Our responsibility of making the Gospel understandable goes beyond simply saying the right words…it demands that we show up in the right forum. As a street preacher I used to look for the most populated place in town to go preach…a park or a street corner, anywhere the people were. I would have been an idiot to set my soap-box up in an deserted parking lot.

Not only must we communicate in a way that the people can understand. We must also take the Gospel to where the people are! Can I tell you where they are? They are in front of the Television and the radio and the computer. But for too long we have downplayed and even demonized these electronic communication mediums. 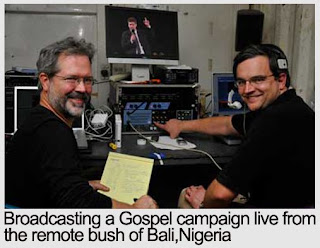 And even those who have taken advantage of them, for the most part, have done so poorly (don’t get me started on Christian television). How can we win the battle, if we are not on the battlefield? How can we reap a harvest if we are not on the harvest field? Reinhard Bonnke says, “If you want to catch fish, don’t throw your net into the bathtub.” The seed of the Gospel is too consequential to be cast by the way side.

In the days of oral tradition, many generations faithfully communicated, with solemn commitment, the substance of the scriptures that we still cherish today. In fact it is evident that Biblical oral tradition has been among the most enduring in history. In the sixteenth century, the new world of printed literature was dominated by Christians who seized this medium for God’s glory. Now it’s our turn to communicate the Gospel to a new generation in the ways and means that are most effective, and I fear that we are not doing as well as our predecessors. We must trouble ourselves to communicate the Gospel with clarity to our generation where they are – that we “…may by all means win some.”