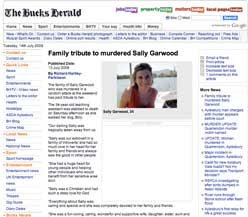 Yesterday we concluded our tour of churches here in the U.K. with a dynamic day of ministry in Ayelsbury, just outside of London. Less than 48 hours before our meetings began, this city was rocked by a horrific tragedy that has stunned this small, close-knit community and especially the local body of believers. A young lady was stabbed to death outside her home by a crazed teenager with no apparent motive as she walked her dog on Saturday. This young lady was the wife of the worship leader of one of the local charismatic churches. Members of this church were present in both our morning and evening meeting and the obvious grief of every local believer presented a difficult context for an outsider to minister in. The evening evangelistic meeting was packed out with mostly young people. I told the people that in the midst of all the bad news, I had come with some very good news. I preached my heart out and then gave an altar call. The altars were packed…so many young people received Jesus! It was fantastic. In the face of the most poignant example of devilish destruction and death, a parallel reality; the overwhelming light of salvation from the cross flooding darkened hearts and changing lives for eternity.

During the prayer for the sick, once again, there was a tremendous move of the miraculous. Many received instantaneous healing and some received multiple instantaneous healings. One lady came to the meeting deaf in her right ear and had a lump growing on her neck beneath that ear. During the prayer for the sick, her ear popped open and her lump vanished. Arthritic pain vanished in one lady. Another person’s frozen shoulder suddenly had full range of motion. A man with a back injury who was unable to lean forward for the terrible pain could touch his toes with incredible flexibility…all pain was gone. The miracles kept coming until the moment the service dismissed late in the evening.

I am now sitting in the airport in Birmingham preparing to fly to Norway for meetings with Evangelist Bonnke. I leave the United Kingdom having received a sure confirmation of the prophetic word the the Lord had given me before I came; “THE TIME IS NOW!” I am confident that a new season has begun in the UK, and God’s purpose for this nation will prevail. I’ll share more thoughts about this later. 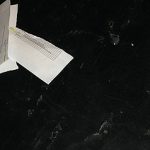