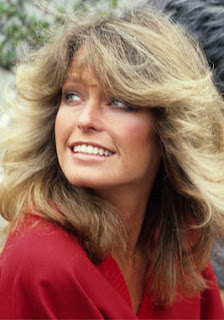 Today was a busy day for news outlets around the world. It began with the sad passing of Farrah Fawcett; the beautiful actress from Charlie’s Angels, after a three-year battle with cancer. Her death was eclipsed, however, this afternoon, with the shocking and unexpected death of Michael Jackson who had a sudden, massive cardiac arrest. Both celebrities died today; June 25, 2009. 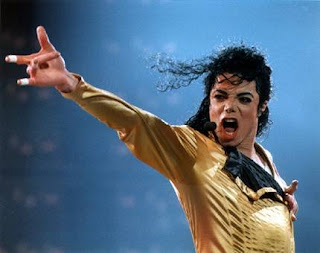 Everyone seems to have an opinion of Michael Jackson’s controversial life. Whether they hate him for his bizarre and contemptible behavior with children or worship him for his extraordinary musical talent, there is a gushing of emotions from all sides. I think that these expressions are little more then pretenses for deeper emotions that people feel, but no one will admit to.

You see, there is something about a person’s death that makes us all feel a bit of our own mortality. For most people it’s an awkward sensation best dealt with by focusing on the deceased rather then on our own impermanence. But the more we focus on them, the more aware we become of our own life’s vanity.

The lives of Farrah Fawcett and Michael Jackson were so huge, so important, so publicized and so…meaningless. In the end we can reduce their entire existence to a few memorable moments or unusual accomplishments that, in all honesty, don’t matter. So Michael Jackson had the best selling album of all time…who cares? So Farrah Fawcett won a People’s Choice Award…what difference does it make? Now that they are gone, the world will spin on with seamless continuity. Except for a few songs, and pictures it will be almost as though they were never here to begin with. If you stand back and read their obituaries in the larger context of the world and of what matters, there is an overwhelming sense of utter meaninglessness.

People would do well in moments like these, to drop the facades, pause, and consider their own impermanence. Most of us will never make the evening news with our passing, but just imagine for a minute that you did. Imagine that CNN, NBC, ABC, CBS & FOX were all running marathon coverage of your death and talking about the significance of your life. Imagine that they had to put your entire earthly existence into a one-sentence caption or a front-page headline. What would it say? Better yet, what would you want it to say? What one purpose would make your entire life worthwhile…to you? What if we all sat down and wrote out our own obituaries the way we would like them to read and then we lived our lives in such a way to fulfill that purpose?

I have been thinking about this a lot today. After tossing around a lot of different ideas, including a lot of good things, I was not satisfied. Even to live my life for the sake of the lost or for the sake of evangelism was not good enough. Finally I found it. It’s simple and maybe a bit generic, but when I think of it, I am filled with a sense of purpose, of meaning and of fulfillment. If you had to sum up my life with one statement, I would want it to be this, “Unto the glory and praise of God”.