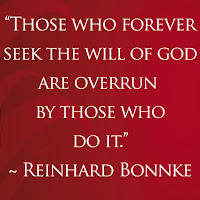 When I asked my Facebook friends to contribute to a list of their favorite quotes a couple of days ago, I received an avalanche of replies. I have posted some of the best ones here along with a bunch of my own favorites. The quotes having some evangelistic application are especially appropriate to this blog, so they are listed first. If you contributed a quote that didn’t make it on the list, it may have something to do with the length. When it comes to great sayings, remember Shakespeare’s rule; “Brevity is the soul of wit.” Enjoy!

“God sends no one away empty except those who are full of themselves.” ~ DL Moody

“I have but one candle of life to burn, and I would rather burn it out in a land filled with darkness than in a land flooded with light” ~ John Keith Falconer

“The Gospel is like water; no man invented it, yet no man can live without it.” ~ Reinhard Bonnke

“We talk of the Second Coming; half the world has never heard of the first.” ~ Oswald J. Smith

“In the vast plain to the north I have sometimes seen, in the morning sun, the smoke of a thousand villages where no missionary has ever been.” ~ Robert Moffat

“Many of us are hunting mice – while lions devour the land.” ~ Leonard Ravenhill

“Aim at heaven and you will get earth thrown in. Aim at earth and you get neither.” ~ C. S. Lewis

“If you want to catch fish, don’t throw your net into the bathtub.” ~ Reinhard Bonnke

“Miracles are a retelling in small letters of the very same story which is written across the whole world in letters too large for some of us to see.” ~ C. S. Lewis

“Avoid a sugared gospel as you would shun sugar of lead. Seek the gospel which rips up and tears and cuts and wounds and hacks and even kills, for that is the gospel that makes alive again. And when you have found it, give good heed to it. Let it enter into your inmost being. As the rain soaks into the ground, so pray the Lord to let his gospel soak into your soul.” ~ Charles Spurgeon

“The Gospel is not an alternative, it’s an ultimatum.” ~ Reinhard Bonnke

“Faith is a leap into the light, not a step into the darkness.” ~ Reinhard Bonnke

“Jesus did not die for pastors to have a well paid job. Neither was He raised on the cross just to raise our standard of living. He died to seek and to save those who are lost.” ~ Reinhard Bonnke

“The Gospel is ‘Good News’, not ‘Good History’, because when it’s preached, it happens.” ~ Reinhard Bonnke

“Every man dies, but not every man truly lives.” ~ William Wallace (Braveheart)

“We who preach the gospel must not think of ourselves as public relations agents sent to establish good will between Christ and the world. We must not imagine ourselves commissioned to make Christ acceptable to big business, the press, the world of sports or modern education. We are not diplomats but prophets, and our message is not a compromise but an ultimatum.” ~ A.W. Tozer

“Each generation of the church in each setting has the responsibility of communicating the gospel in understandable terms, considering the language and thought-forms of that setting.” ~ Francis Schaeffer

“Those who forever seek the will of God are overrun by those who do it.” ~ Reinhard Bonnke

“Give me one hundred men who fear nothing but sin and desire nothing but God, and I care not whether they be clergyman or laymen, they alone will shake the gates of Hell and set up the kingdom of Heaven upon the earth.” ~ John Wesley

“Till sin be bitter, Christ will not be sweet.” ~ Thomas Watson

“God is righteous in making the sinner righteous.” ~ Joseph Prince

“There is no pit so deep that His love is not deeper still.” ~ Corrie ten Boom

“…People who do not know the Lord ask why in the world we waste our lives as missionaries. They forget that they too are expending their lives… and when the bubble has burst they will have nothing of eternal significance to show for the years they have wasted.” ~ Nate Saint

“Some wish to live within the sound of a chapel bell; I wish to run a rescue mission within a yard of hell.” ~ C.T. Studd

“I can get more out of God by believing Him for one minute than by shouting at Him all night.” ~ Smith Wigglesworth

“The devil will let a preacher prepare a sermon if it will keep him from preparing himself.” ~ Vance Havner

“A man who does nothing never has time to do anything” ~ Charles H. Spurgeon

“The worst thing that can happen to a man who gambles is to win” ~ Charles H. Spurgeon

“Too many church services start at eleven sharp and end at twelve dull.” ~ Vance Havner

“Fear not the path of truth for the lack of people walking on it” ~ John F. Kennedy

“A man can no more diminish God’s glory by refusing to worship Him than a lunatic can put out the sun by scribbling the word, ‘darkness’ on the walls of his cell.” ~ C S Lewis

“The world has lost the power to blush over its vice; the Church has lost her power to weep over it.” ~ Leonard Ravenhill

“You can redefine your external world by an internal experience with the love of God.” ~ Bill Johnson

“Christianity was never meant to be defined by its disciplines, but by its passions.” ~ Bill Johnson

“People often say that motivation doesn’t last. Well, neither does bathing – that’s why we recommend it daily.” ~ Zig Ziglar

“When you’re born in fire, smoke will never do.” ~ Leonard Ravenhill

“The Holy Spirit is in me for my sake, but He is on me for yours.” ~ Bill Johnson

“Nearly all men can stand adversity, but if you want to test a man’s character, give him power.” ~ Abraham Lincoln

“I will not permit any man to degrade my soul by making me hate him.” ~ Booker T Washington

“Don’t ever take a fence down until you know the reason it was put up.” ~ G.K. Chesterton

“The sting of any rebuke is the truth.” ~ Ben Franklin

“All that is necessary for the triumph of evil is that good men do nothing.” ~ Edmund Burke