David was one man personally and intimately aware of the deep darkness that lurks within the human heart.  He had, himself, sunk to depths of depravity he would have never thought possible as a harp playing, shepherd boy.  But situations, opportunities and regal power had brought to the surface the gruesome reality of the human heart condition.

When Jeremiah said, “The heart is more deceitful than all else and is desperately sick; who can understand it?” (Jer. 17:9) he spoke like an insurance adjuster who writes off a damaged vehicle as a total loss.  There seemed to be no hope for salvaging some good thing in it.  Paul declared, “I know that nothing good lives in me”.  And in Psalms reads, “All have turned aside, they have together become corrupt; there is no one who does good, not even one”.

I used to think that when David prayed, “Create in me a clean heart, O God…” he was asking God to clean his heart.  Suddenly I realized that I had been reading it all wrong!  David is not asking God to clean his heart, but rather to create a new clean heart…one that will replace the hopeless, desperate, unmitigated disaster he was born with. David wastes no time asking God to heal his old diseased heart.  Instead he asks for a new one…a clean one.  Such a thing, only God could create.

Spurgeon said, “Human nature is too far gone ever to be mended. It is not a house that is a little out of repair, with here and there a slate blown from the roof, and here and there a piece of plaster broken down from the ceiling. No, it is rotten throughout, the very foundations have been sapped; there is not a single timber in it which has not been eaten by the worm, from its uppermost roof to its lowest foundation; there is no soundness in it; it is all rottenness and ready to fall. God doth not attempt to mend, he does not shore up the walls, and re-paint the door; he does not garnish and beautify, but he determines that the old house shall be entirely swept away, and that he will build a new one.”

David’s words, “Create in me…” conjure eerie images of the pre-adamic earth.  A bottomless soup of boiling bedlam reigning unchallenged for untold eons.  The thick darkness and horrifying chaos seemed impenetrable. “The earth was without form and an empty waste, and darkness was upon the face of the very great deep…” Then God spoke and His word created order out of disorder, light out of darkness, beauty out of chaos and life out of extinction.

David, like the primordial earth, needed more than a good washing.  He cried out to God to give him a heart transplant; to vanquish the old peutrifying horror and create in its place a new heart, as fresh as Eden’s first morning.  Unfortunately for David, this was impossible in his day.  In fact it is as though you can hear his perpetual frustration in his writings as he struggled throughout his life with that old troublesome heart.

But what a privilege is ours!  Today, through Christ, a new heart is available to whosoever will.  “Therefore if any man be in Christ, he is a new creature: old things are passed away; behold, all things are become new.” (2 Cor. 5:17)  It is a wonderful mystery; the greatest “creative miracle” possible.

As a college student I had a job working for Wal-Mart.  For those of you who live outside the USA, it is a chain of massive discount department retailers.  It is the largest private employer in America and the largest corporation in the world…and for good reason.  Whatever may be said of their imperialist business model, Wal-Mart knows how to treat its customers.  While I was working there, someone walked up to the customer service counter with an old garden hose, weathered and worn, apparently years old.  They claimed to have purchased it at Wal-Mart but had no receipt and now wanted a new one.  At any other store this would be utterly unthinkable, but at Wal-Mart the customer got a replacement, because his satisfaction was more valuable than the price of a hose.  He walked in with an arm-full of worthless rubber and walked out with a brand new garden hose.

Wal-Mart may be generous, but there is someone more generous still.  When we come before God with our worthless, hopeless, helpless hearts, He is willing to accept them.  He doesn’t patch up that old rubber hose of our hearts.  Instead he offers us a brand new one; fresh and clean.  Now that’s a great exchange.

“A new heart also will I give you, and a new spirit will I put within you, and I will take away the stony heart out of your flesh, and I will give you an heart of flesh.”—Ezekiel 36:26.

Copyright © 2022 | Evangelist Daniel Kolenda
The Salvation of a V.I.P.Posted from Home 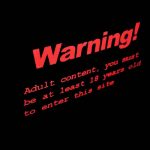