Aha!  I knew that title would get your attention.  Well it seems as though my Facebook page has been hacked!  I had not checked it for a couple of weeks, while I was in Africa and had no idea that it had happened until I got emails from friends saying that there was a link, disguised as something innocent, that would send the unwary clicker to a website full of “adult content”.

After getting several emails like this I began to see a pattern emerging that really bothered me.  Everyone was calling this filthy smut, “adult content”.  Now I’m not trying to make a mountain out of a mole-hill here, but there is a real concern.  Could it be that many of us have unwittingly drank the kool-aid that has been peddled to our generation by the spirit of this age?  Maybe not intentionally, but subconsciously, have we adopted into our vocabulary, in subtle ways, the philosophies and mentalities of the world?

Since when is pornography, “Adult Content”?   The very name suggests that while it may not be suitable material for a child, it is perfectly acceptable for an adult.  God calls it immorality, fornication, adultery, lasciviousness, licentiousness, depravity, lust, debauchery, lewdness, degradation and perversion.  But these days, all of that “intolerant” language has been replaced by something much more politically correct and non-offensive.  It is now known as “Adult Content”.  We call homosexuals, “gays” and homosexuality, “An alternative lifestyle”.  We call abortion, “Planned Parenthood”.  We call broken marriages and homes, “blended families”.  We call violence and murder, “entertainment”.  We justify dishonesty, corruption and deception by calling it “politics”.  But my friends, don’t be deceived.  None of these neutered names make any of these things one once less dangerous, less immoral or less offensive to God’s holiness.  God still calls it what it really is.  Whether you’re an adult or a child, God still calls it “SIN” – and the warning label is for all ages. 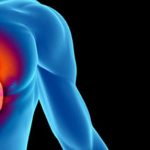 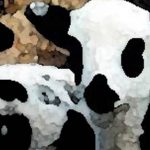 Reaching Out To The Striped, Speckled and SpottedArticles, Devotional, Teachings