Tonight the crowd nearly doubled to 200,000! The power of God fell in an extraordinary way and miracles began to take place even before I had finished praying for the sick.

As I was praying I saw a young woman running to the platform with crutches raised over her head. I immediately called her up to the platform. She came with her sister and they told me that she had been crippled by a severe spinal cord injury, but suddenly the power of God came over her and she was totally healed. They wept and embraced as they told the story (see picture below).

A woman brought her husband who had been mad. He was so violent and vicious that he had to be tied up. Before the meeting he was bound, hands and feet behind the platform, but during the prayer he returned to his senses. They cut the ties and set him free. He was calm and spoke softly to me in his right mind (see picture below).

A young man testified that he was crippled on the right side of his body for 11 years. Tonight, during the prayer for the sick, he suddenly felt something come out of his head and realized that he had full and perfect use of his arms and legs!

A woman, deaf in her right ear for 20 years received her hearing as well.

These were but a small sampling of the many mighty miracles that took place tonight, but the greatest miracle of all was the multitudes that responded to the message and received salvation.

Please continue to pray for us and the many people who need the touch of God here in Karu, Nigeria. A madman who had to be tied up because he was so violent came to his senses during the prayer. They cut the ties and set him free! 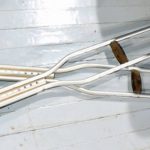 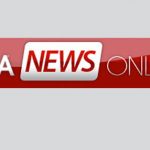