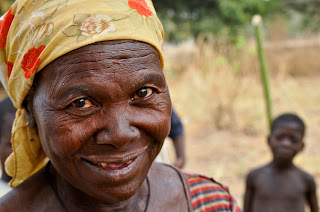 Tonight I preached about the blood of Jesus and then broke the curses over the land. We asked for a list of the curses that the people knew by name such as DANBEKI which they believe brings blindness upon a person if they fail to offer a human sacrifice or like JUNBI which causes mysterious diseases, madness and epilepsy. We collected a list of 17 such curses. These are names that hold these local tribal people in great fear. Some of them are so intimidated they will not even mention these names aloud. Tonight, with boldness, I called out each curse by name and broke its power in the mighty name of Jesus, to which the people erupted in joyful shouts after each one. The sense of freedom was palpable and the people were rejoicing. Surely the blood of Jesus breaks every fetter. 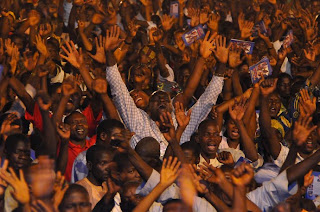 The healings were incredible again and too many to mention. One lady even testified that she received a second healing…one last night and another tonight. I asked her what she will be healed from tomorrow night. She said, “It’s someone else’s turn for a miracle.” It seems that Jesus has plenty of power to spare. 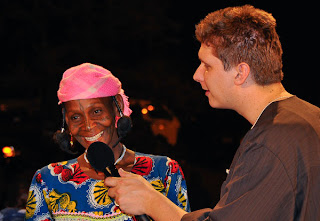 One beautiful lady with fascinating tribal markings all over her face, pigtails and a pink hat came to testify. She said that she had come to the meeting unable to walk, but suddenly a power came over her, and she discovered that she was completely healed. She seemed surprised and a little confused by what had happened to her, so I asked, “Do you know who has healed you?” She seemed embarrassed, “No…I don’t know your name.” I turned to the people…”Do you know who has healed this woman?” I asked. The crowd thundered back “J E S U S !” The willingness of Jesus to heal is so amazing to me. He is not looking for the most pious Christian with the most impressive qualifications. This woman, with markings from pagan rituals, without a clue about Jesus was touched by His merciful hand and instantly healed. What a wonderful Savior. 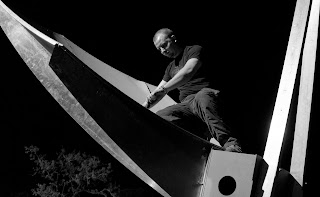 WEBCAST STARTS ON SATURDAY NIGHT
Our team has already begun setting up the equipment for the live webcast that will air on Saturday and Sunday evening March 14 & 15 from 5:00 – 8:00 PM (GMT). ***CLICK HERE*** for more details. 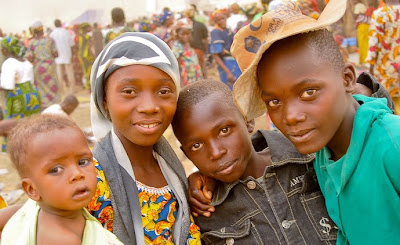 A man who has just been healed walks forward to testify 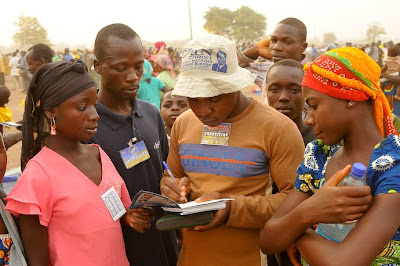