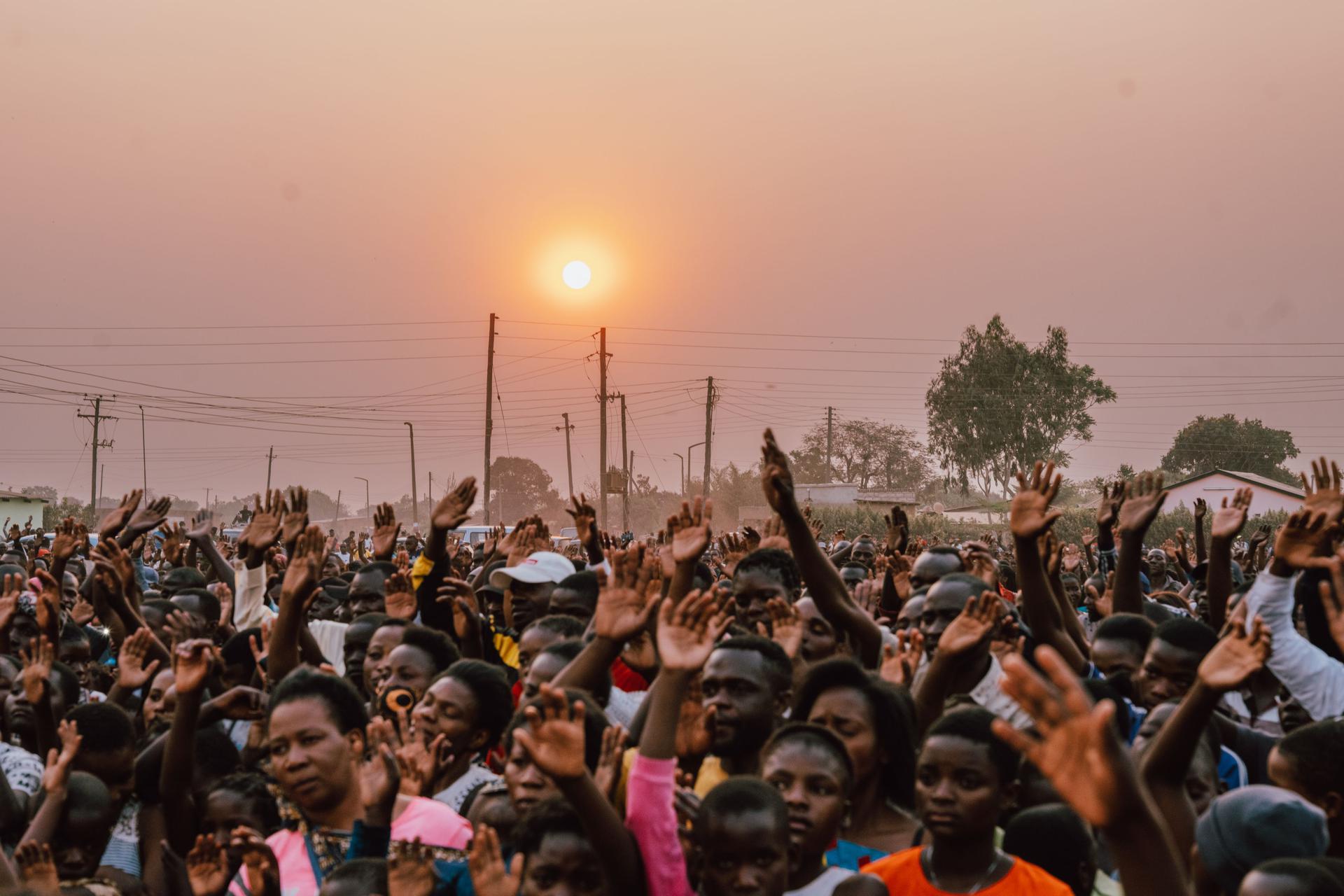 Another “Operation Decapolis“ campaign has just begun, this time in the nation of Zambia. This means we are conducting 5 crusades in 5 different cities simultaneously this week. In each city, there are two Evangelists stationed (Bootcamp graduates). Between them, they will preach four out of the five nights in each city. I travel to each city to preach on the fifth night of each crusade. 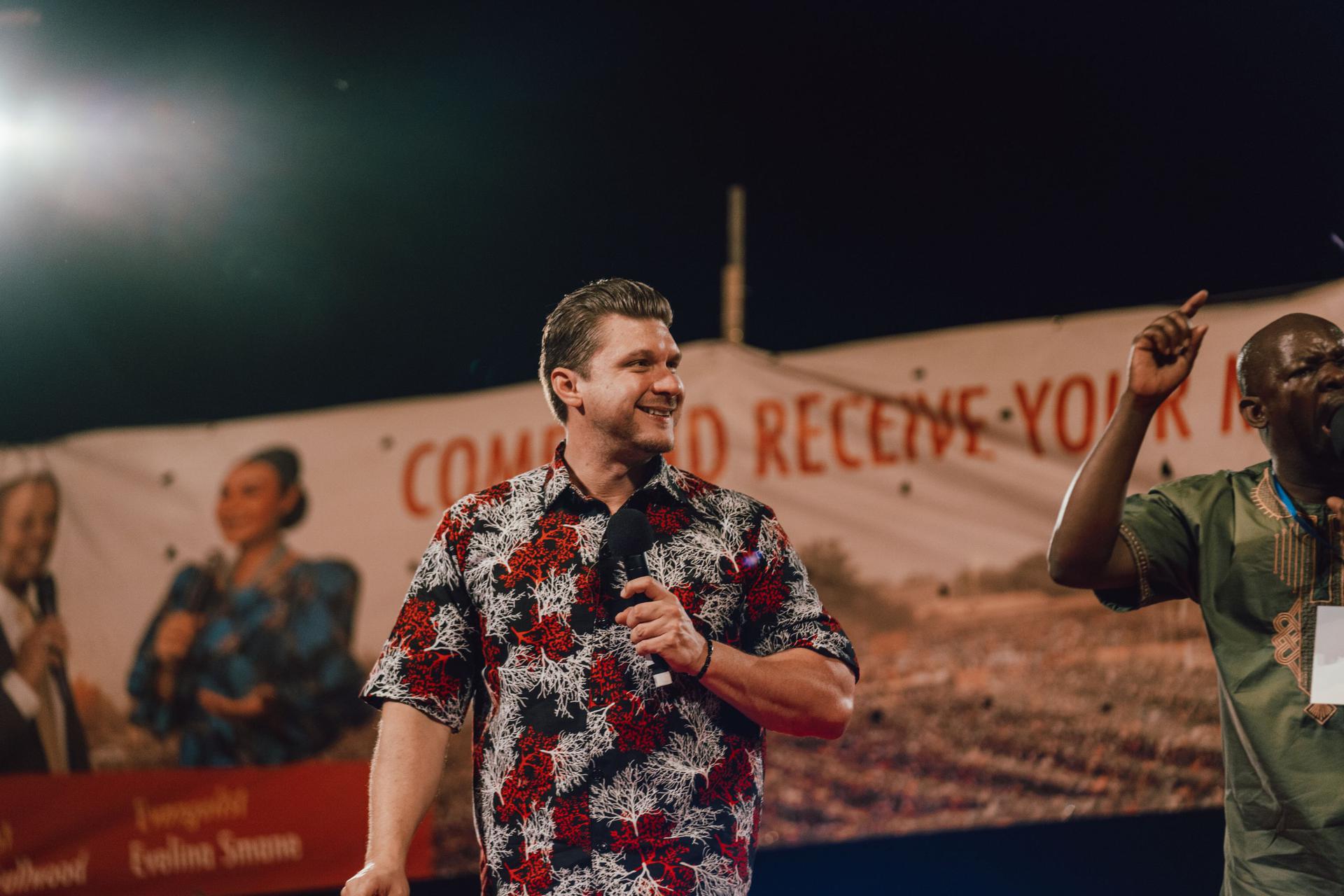 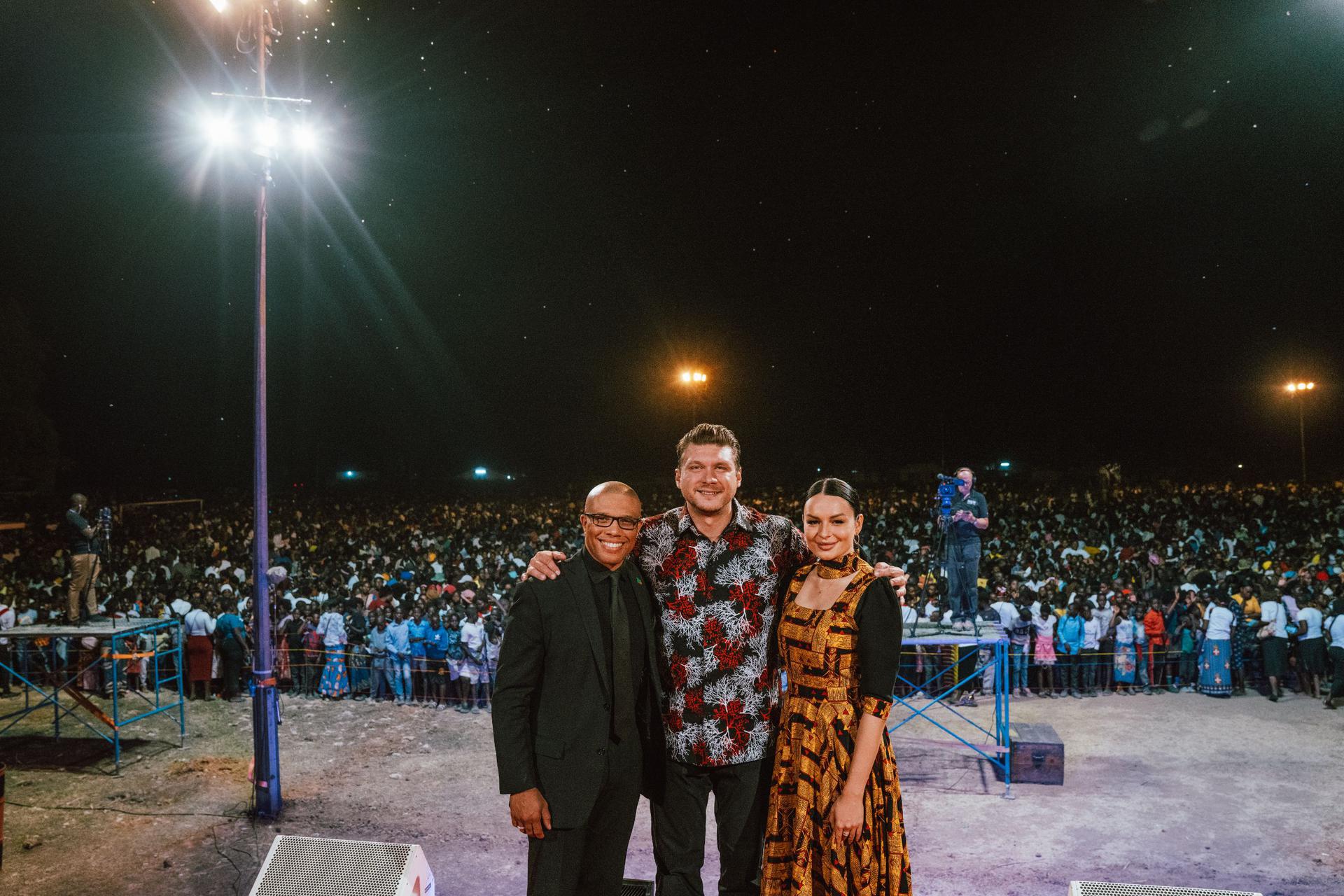 Tonight, I started in the city of Kabwe. Right from the beginning, we could feel the hunger of the people. I preached a simple gospel message, and the response was overwhelming. So many children were responding to the invitation that we struggled to hand out all of the follow-up literature! 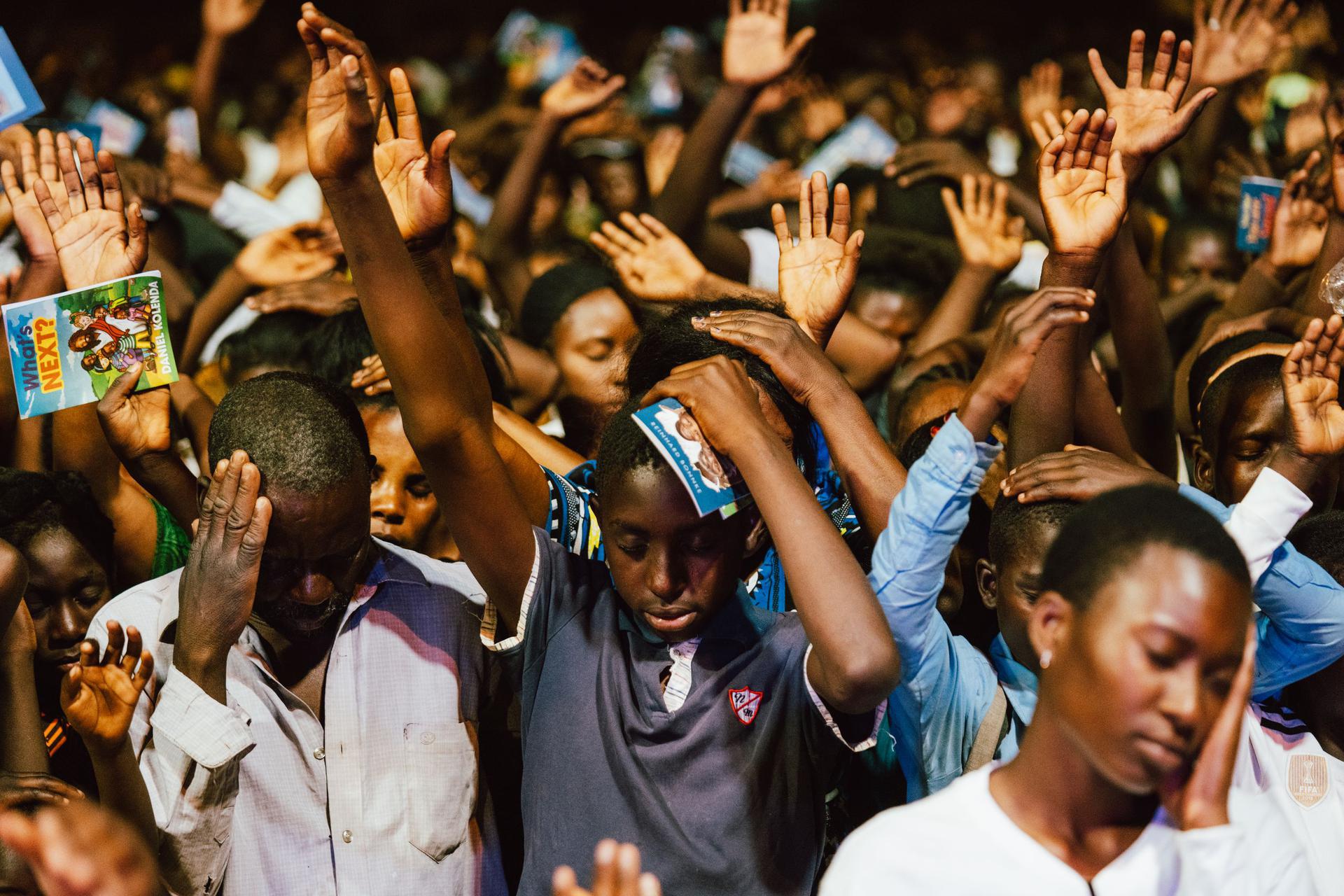 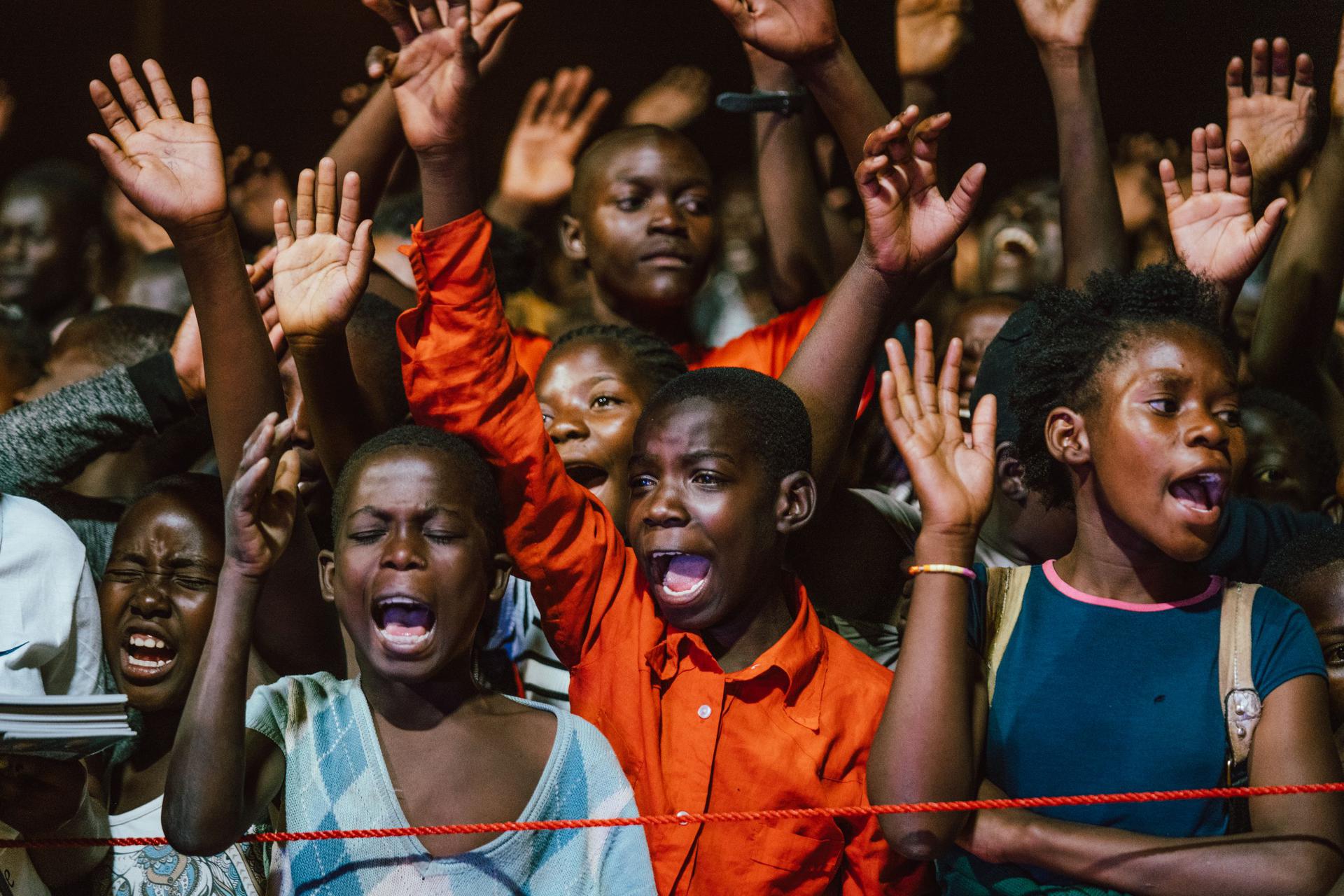 Afterward, I prayed for the sick, and immediately miracles began to break out all over the field. One man ran out of the crowd holding crutches above his head. He had been crippled for two years, but tonight, he was able to run and jump. He was totally healed! 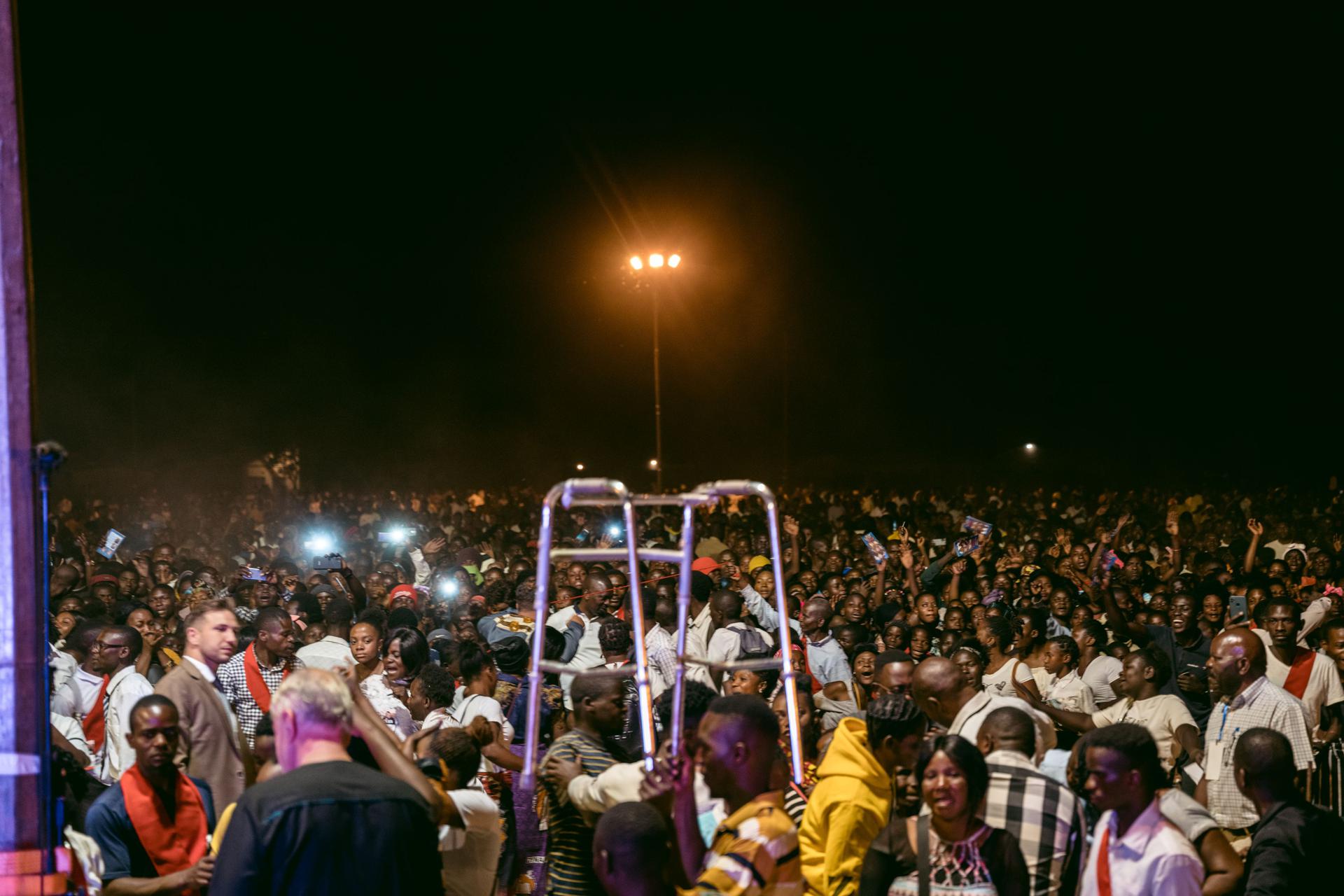 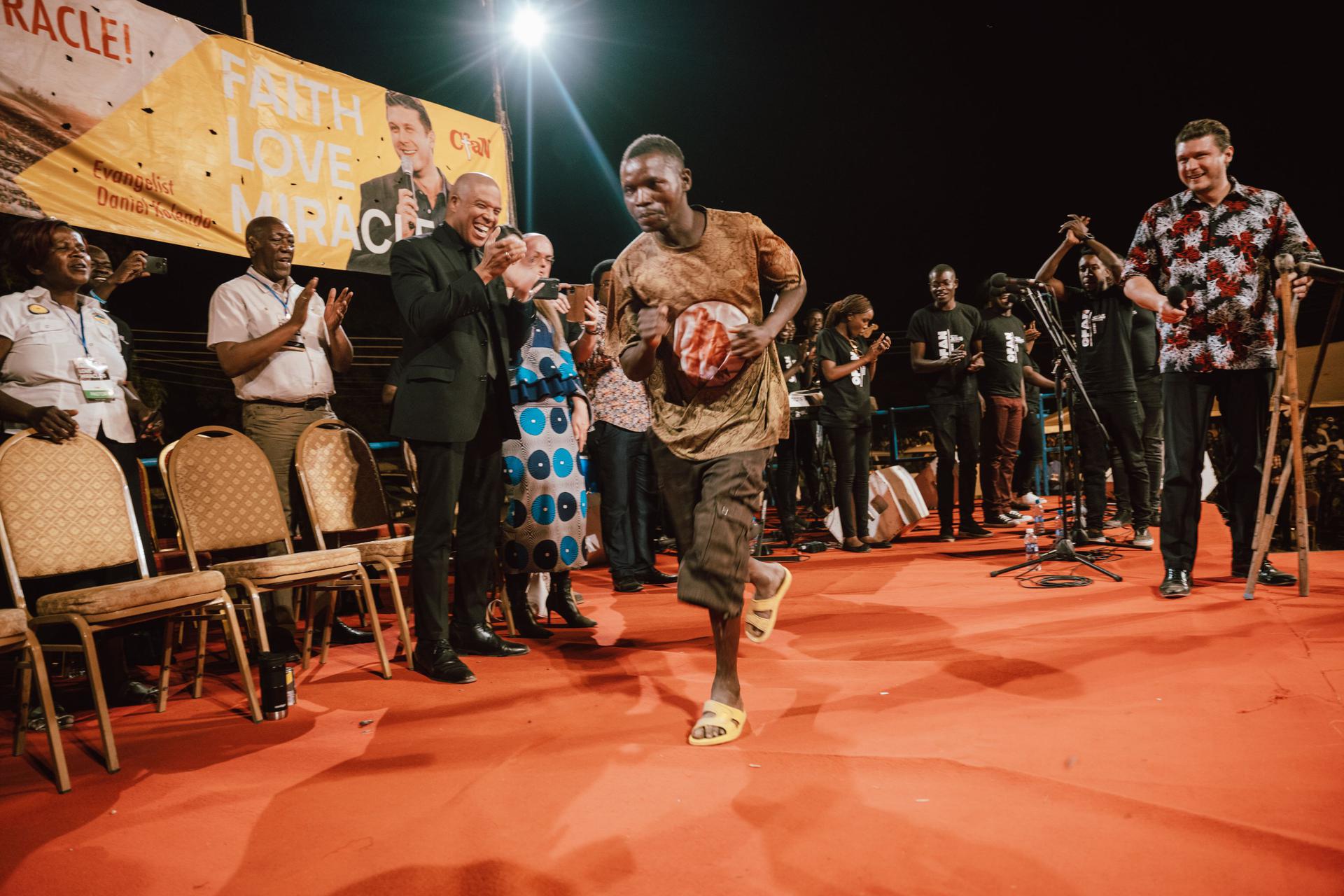 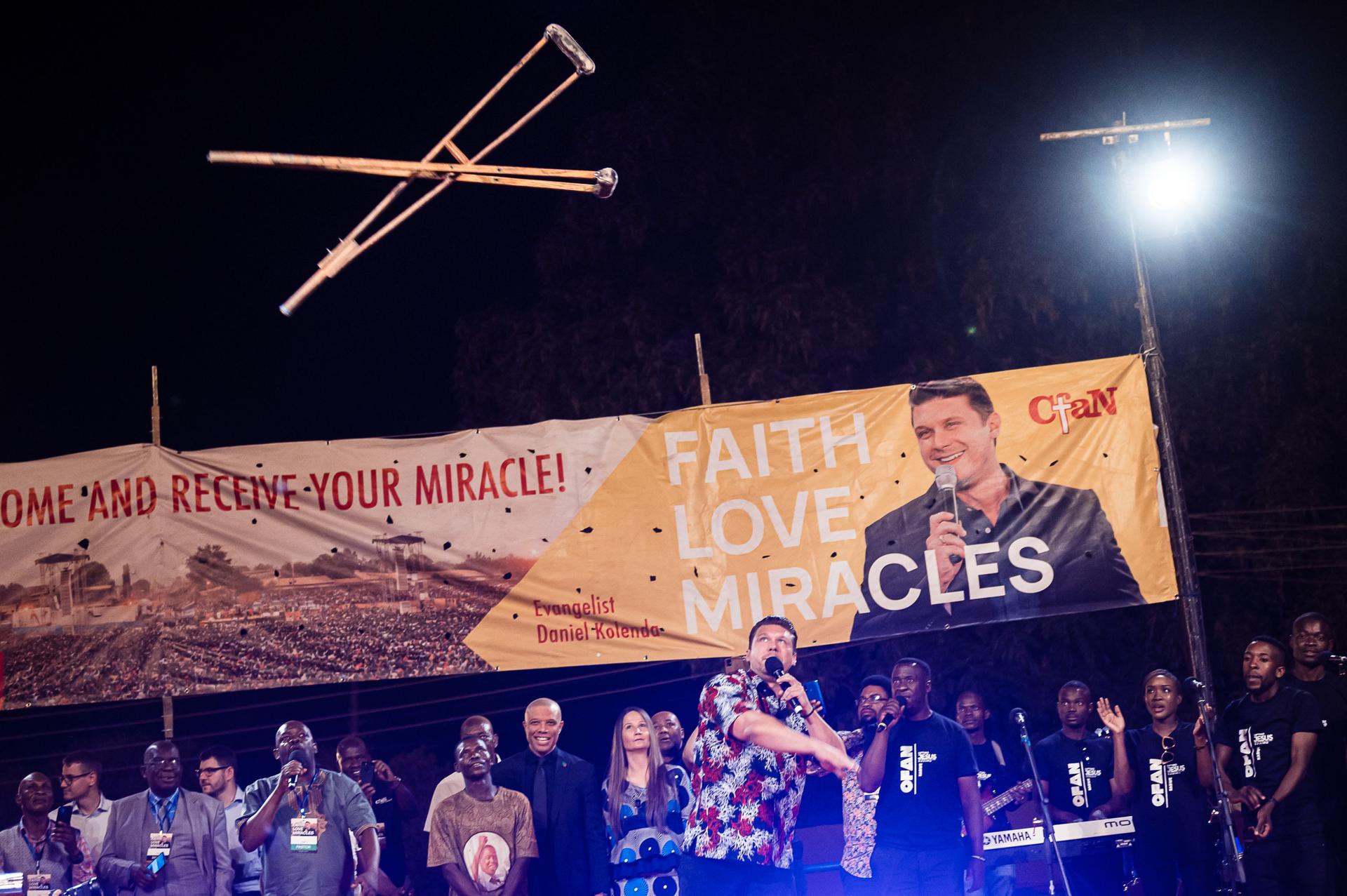 Many other cripples were healed as well. Deaf ears opened, pain vanished from all parts of the body, and there was much rejoicing on the field. 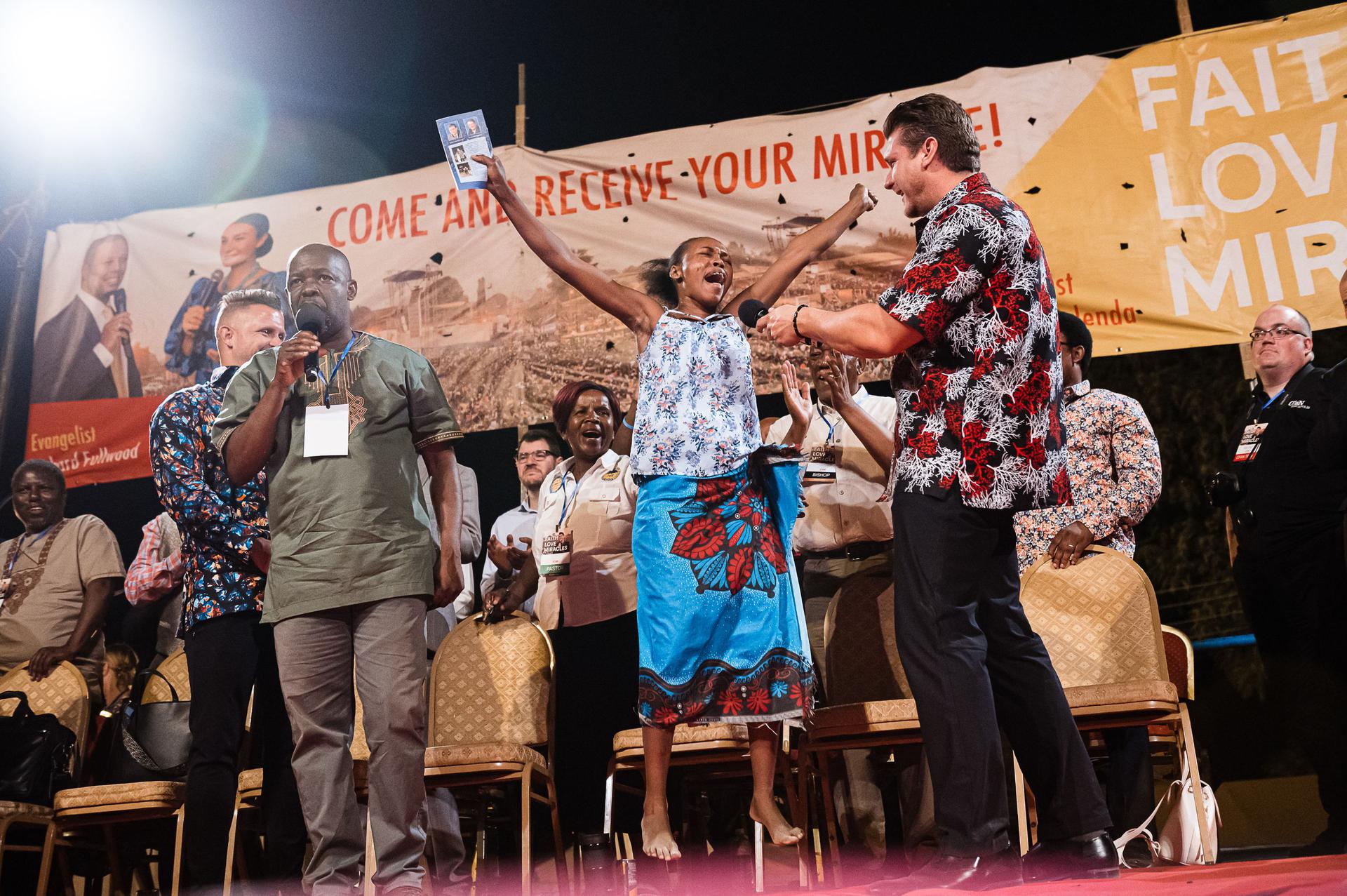 In each of the other four cities, huge crowds gathered, and wonderful miracles took place. We will be sharing these reports with you in the days to come. 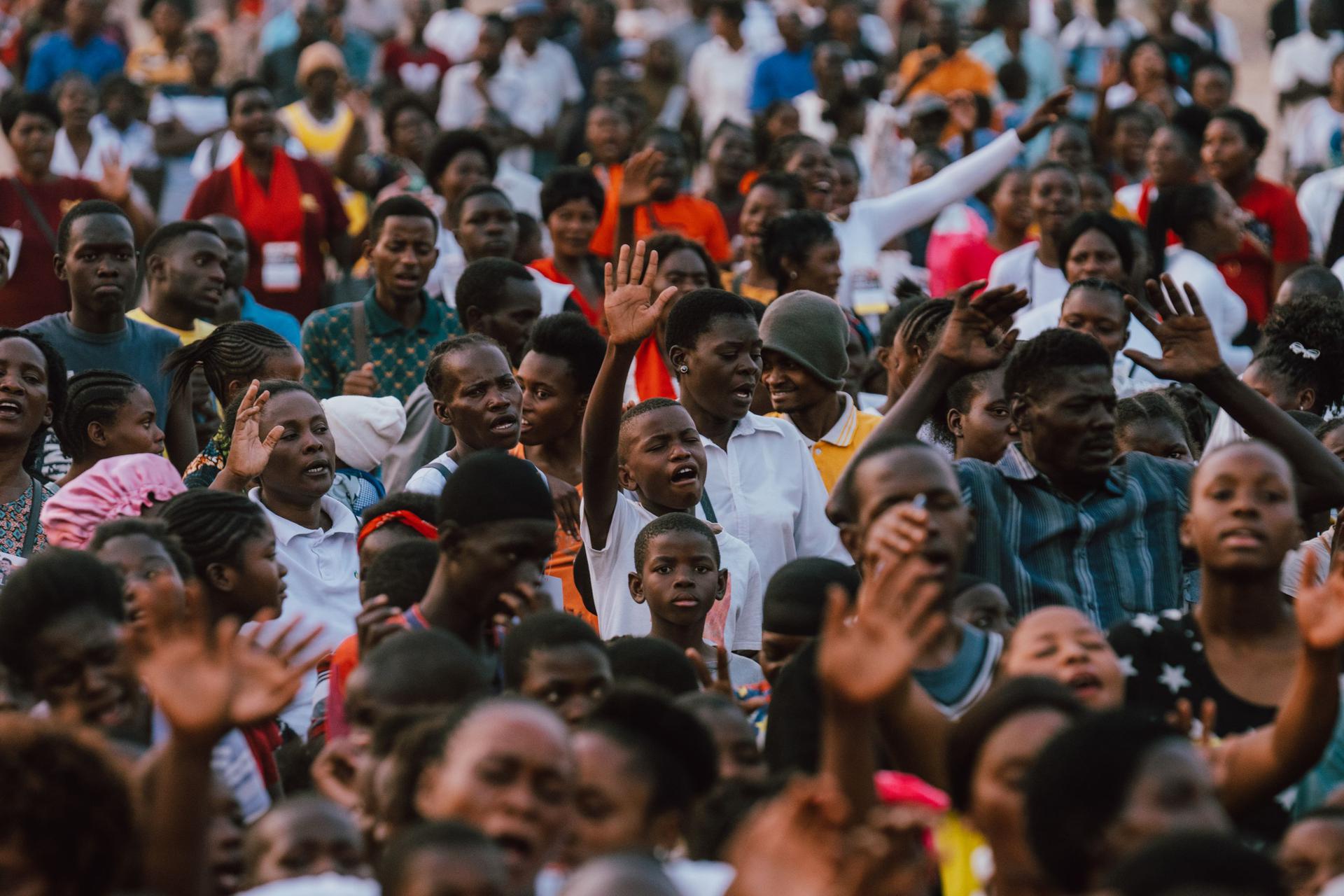 Tomorrow I will travel to another city and send my report from there. Please continue to pray for me and our whole team of more than 20 evangelists and dozens of organizers, technicians, and support staff.

(Alongside the whole CfaN Team) 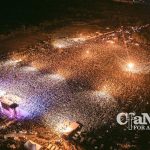 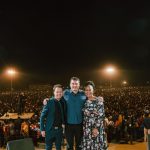