The turning of the water into wine was the first of Jesus’ miracles and it had a profound effect on those that knew him.  John 2:11 says that it was because of this miracle that his disciples, “believed on him.”  To most it would have been seen as a demonstration of power and a revelation of Christ’s Messianic identity, but those disciples would later see a much more profound prophetic meaning to the miracle.

In John’s elderly years, I’m sure that he thought often, about the “good old days” with The Master.  He probably played and replayed every miracle, every healing and every teaching of Jesus over and over in his mind.  Can you imagine the longing in his soul to touch Jesus again; to lay his head on his chest and gaze into his loving eyes?  Even in his sleep the memories would haunt him; rolling through his heart night after night.  And when those sweet dreams began to evaporate with the light of early dawn his only consolation was the promise of His blessed Savior, “Lo, I am with you always…”

One day he was reflecting on the miracle at the wedding in Cana.  It was the words of the ruler of the feast that impacted him:

“And when the manager tasted the water just now turned into wine, not knowing where it came from – though the servants who had drawn the water knew – he called the bridegroom and said unto him, Everyone else serves his best wine first and when the people have drunk freely, then he serves that which is not so good; but you have kept back the good wine until now.”

Could it be that the miracle of the water turned into “good wine” and saved for last was a type and shadow of a greater miracle and a better wine?  John’s memory might have flashed to the last supper where he sat next to Jesus and heard mysterious words from sacred lips as Jesus held up another goblet of wine and said, “This is the NEW covenant in MY blood…”

Biblical covenants were blood covenants.  The first one, made with Abraham, demanded the blood of sheep, goats, cattle and birds.  Now, as the Old Covenant was culminating we see that after the blood of goats and rams had been shed, God had saved the best for last.  In Cana water became wine, but in Jesus the Word became flesh.

In the same way that bride and groom in Cana had offered all they had to their guests, so man offered all he had to God and after all man’s offerings to God had fallen pathetically short, then God offered HIS best for us.

Jesus had gone to the wedding in Cana as a guest, but it was He that ended up being the host!  We may invite Jesus to come into our lives, but we have nothing to offer him.  He enters our bankrupt shanty and spreads a table for us.  He serves us a banquet.  He gives us His best; His own body and blood!

His blood was not only best…it was also LAST!  His sacrifice was once for all.  More on this TOMORROW 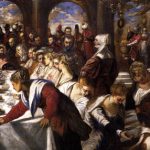 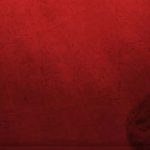