The first night of our campaign here in Nakuru, Kenya has just come to a close. As we arrived on the field tonight, ominous rain clouds threatened to drown out our open-air meeting. After a few minutes we could see a wall of water just on the perimeter of the field coming down in thick sheets. But it was as though the glory of God hung over the field, like a protective canopy. Only light, refreshing sprinkles of rain fell on the field. The moment I stood to preach, even the sprinkles stopped.

I preached the Gospel and the people responded with open hearts. Wonderful miracles happened when I prayed for the sick. The most interesting healing was an acrobat whose back had been broken. He was totally healed tonight. I asked him to bend over and test his back in front of the crowd. He must have misunderstood me because he got down onto the ground and contorted his body in the most amazing way. He was standing on his hands with his legs completely bent behind his back until his feet dangled in front of his face. See the attached picture.

Two ladies who could not walk without crutches were healed tonight.

A young woman who’d suffered for a couple of years with a painful lump under her arm, said that it completely vanished tonight during the prayer.

There were many testimonies of pain vanishing from various parts of the body instantly.

The Fire Conference also began this morning as Peter Vandenberg and John Darku taught thousands of pastors and church workers. These are the men and women who will be discipling the new converts that are saved this week. That is why the Fire Conference is such an important part of the Campaigns.

Please continue to pray for us as we reap a mighty harvest here in Nakuru. 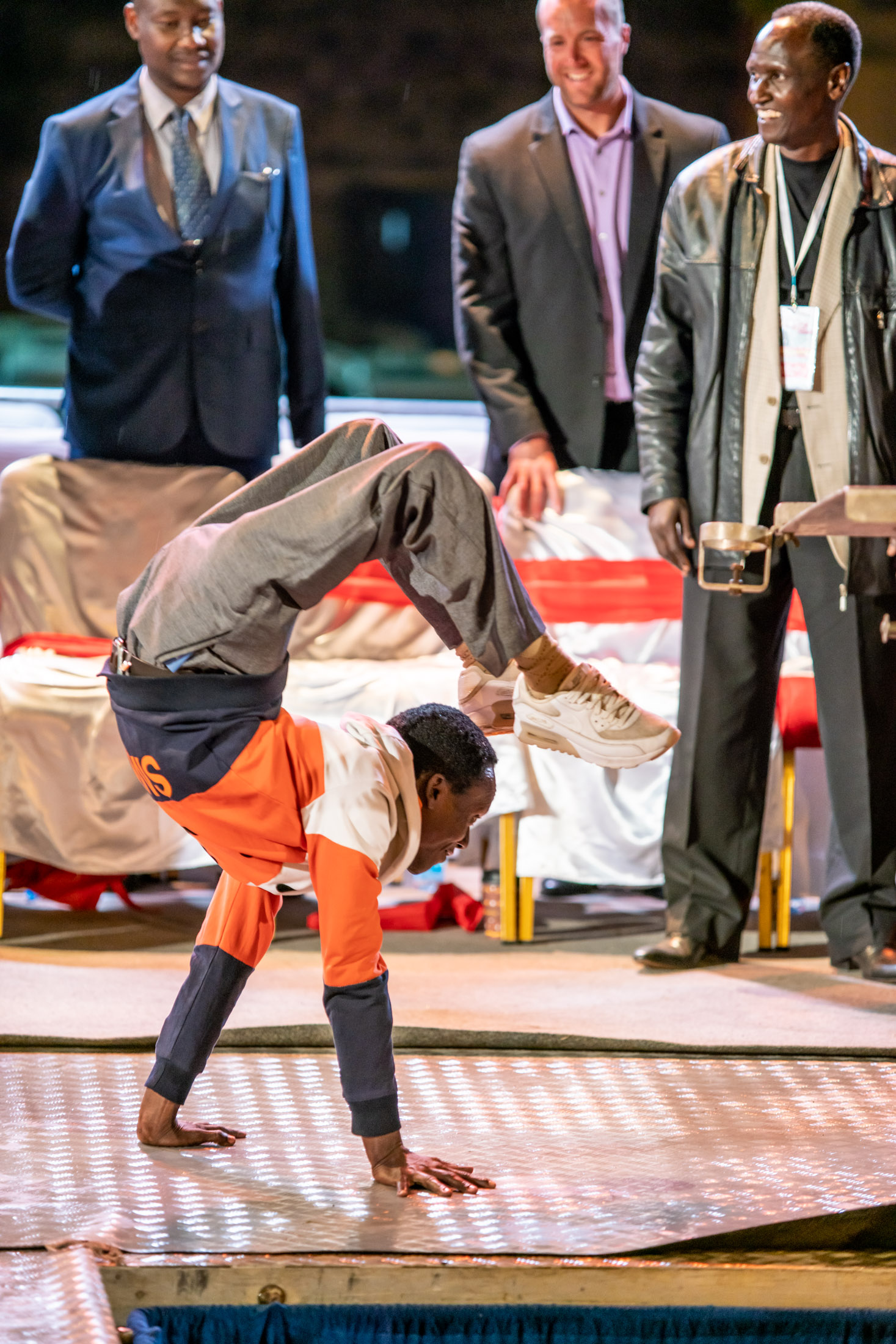 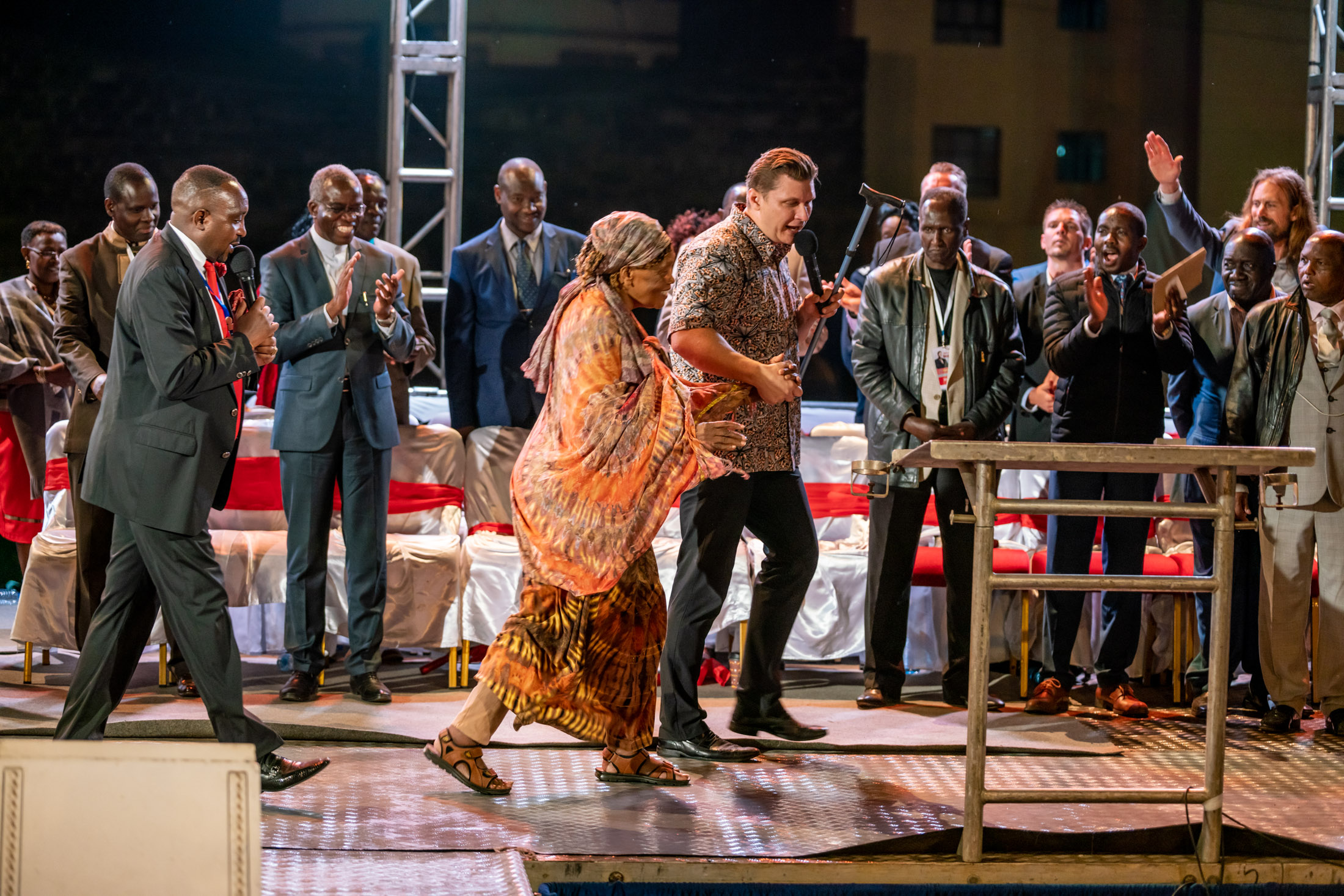 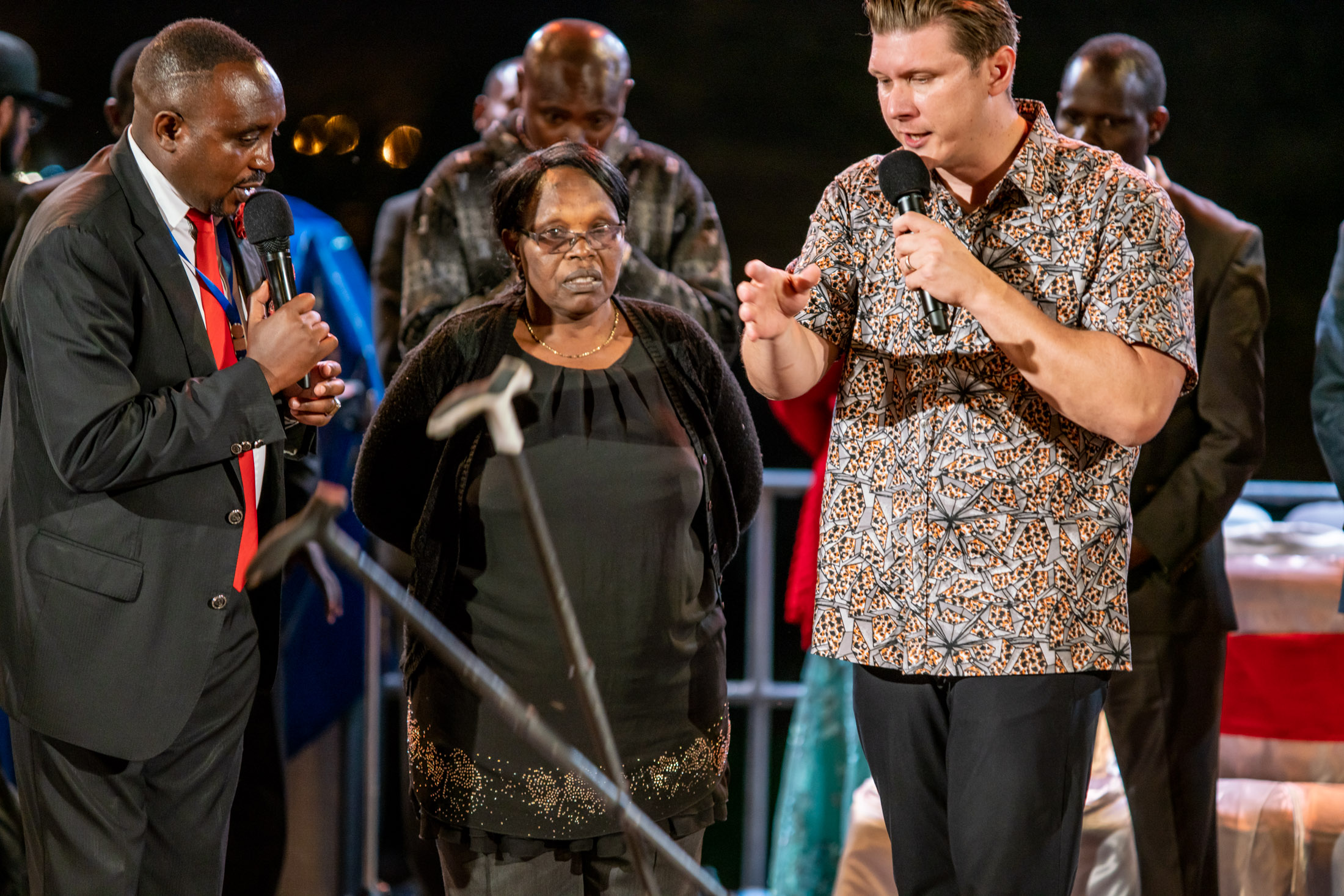 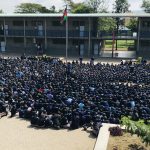 Over 30,000 Salvations in week 1 of our PRE-CRUSADE outreach#AfricaShallBeSaved, Articles, Decade of Double Harvest, Double Harvest 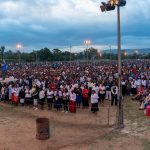