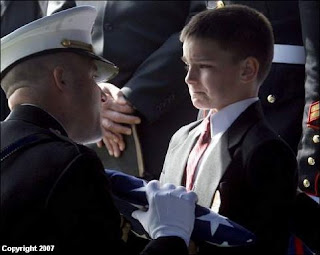 “If I were to save your life, what would you do?” This was the question that Cyrus, the King of Persia asked to a rebel chieftain named Cagular whom he had captured and was about to execute. Cagular replied, “King, I would serve you the rest of my days.” We would tend to see Cagular’s pledge of allegiance and service to Cyrus as nothing more than a reasonable and expected obligation in exchange for the Kings merciful pardon. Cagular also recognized that because he was saved, he was compelled to serve.

In Matthew chapter 8, we read that Peter’s mother-in-law was ill with a fever. Jesus came to Peter’s house and verse 15 says, “…he touched her hand, and the fever left her: and she arose, and ministered unto them.”

Mothers, grandmothers, and mothers-in-law…I guess they’re all the same. If they’re breathing, they’re working. The moment that Peter’s mother-in-law was able to get up, she was back in the kitchen, serving the guests and “ministering unto them.” I probably would have said, “Relax mama! You’ve just been bedridden…you don’t need to be waiting on houseguests right now! Let somebody else serve the tea and biscuits.” But how could she just lay there? Jesus had touched her and healed her. She felt obligated to get up and serve him. Notice that Jesus didn’t stop her. In fact, perhaps he expected this reaction from the onset.

Paul told the Romans that they should present themselves to God as a living sacrifice, and then he added, “this is your reasonable service.” In other words, this is not some favor that you are doing for God. He purchased you and redeemed you with the blood of His son. He set you free from sin and bondage. He has blessed you with every spiritual blessing in heavenly places in Christ. In light of all He has done for you, your reciprocate service to Him is only “reasonable”. You have been saved to serve.

Mordacai told Esther, “Who knows but that you have come to the kingdom for such a time as this and for this very occasion.” In other words, Mordacai explained that Esther had been put in her position of power, prestige, and safety in the Kings palace, not because she was so beautiful or wonderful, but because God had a purpose for her to fulfill. Mordacai added, “If you keep silent at this time, relief and deliverance shall arise for the Jews from elsewhere, but you and your father’s house will perish.” Her willingness to do her part in the fulfillment of that divine purpose was not a discretionary benevolence towards God – it was her obligation. She had been saved to serve.

Paul said in Romans 1:14, 15, “I am a debtor both to the Greeks, and to the Barbarians; both to the wise, and to the unwise. So, as much as in me is, I am ready to preach the gospel to you that are at Rome also.” You see the traditional thinking of the Jewish elite was that they were the chosen people and any ministry to the gentiles was a gracious favor given to undeserving heathen. But Paul saw himself as one who was shown great mercy by God, and as such he saw himself as a debtor to the rest of mankind. For him to preach the Gospel to the gentiles was not a charitable handout, it was his reasonable service, because Paul realized that he had been saved to serve.

An American soldier in the Vietnam War was about to step on an anti-personnel landmine that was hidden from his sight. His comrade across the battlefield who could see the impending disaster from his vantage point stood up from behind his protective barricade and shouted a life-saving warning to his friend. At that moment the brave young man received a fatal gunshot wound that would ultimately end his life. A couple of years later, at an honorary memorial service in the United States, the soldier whose life had been saved from the landmine had a chance to meet the family of his deceased friend. The son was only seven years old and had never gotten a chance to know his father. “I want you to know,” the soldier said to the young boy, “Your father saved my life.” The little boy looked up at him with tears streaming down his cheeks. “Sir”, he said, “were you worth it?”

Leonard Ravenhill once asked the question, “Is what you’re living for worth Christ dying for?” Not only did Jesus save our lives, he did so at the expense of His own life. Not only did He rescue us from Hell, He descended to the lowest depths of Hell in our place. He was poor that we could be blessed. He was afflicted so that we could be well. But He didn’t save us so that we could be polished, decorative knick-knacks sitting on his shelf filling space in heaven for eternity. We have been saved for a purpose and the fulfillment of that purpose is the only acceptable reaction that we can have to “so great a salvation.” You have an obligation, a debt, a compulsion and a liability to the One who laid down His life for you. You have been saved not for salvation’s sake, but you have been saved to serve. This is your reasonable service.