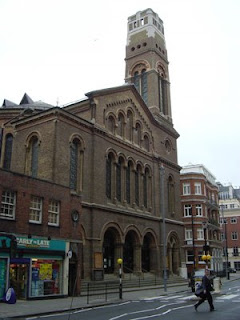 I just finished preaching in Westminster Chapel of central London – 200 yards from Buckingham Palace. This historic church is the very one once pastored by R.T. Kendall and Dr. Martyn Lloyd-Jones. Needless to say, it is a landmark, not only of England but of evangelical history as well.

Tonight the Holy Spirit moved in mighty power and many were saved and healed. One notable miracle took place for a lady who has been on the front page of British newspapers. You may have heard of Nadia Eweida who is embroiled in a lawsuit with British Airways for refusing to allow her to wear a cross. Mrs. Eweida recently said to the press, “I will not hide my belief in the Lord Jesus. British Airways permits Muslims to wear a headscarf, Sikhs to wear a turban and other faiths religious apparel. Only Christians are forbidden to express their faith. I am a loyal and conscientious employee of British Airways, but I stand up for the rights of all citizens.” (You go girl! CLICK HERE to read the story on the BBC website) 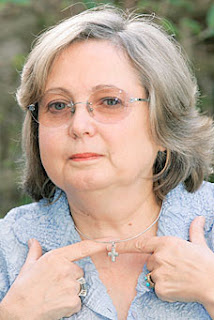 Tonight Mrs. Eweida testified to having received a healing in her back along with many other people who were also healed. Just in case you haven’t heard: Jesus heals…not only in Africa but in London, in England, in Europe and everywhere!

Tomorrow I will preach at Ealing Christian Center in the morning and evening services with an interview on Revelation TV in between. More to come…