Tonight was the final meeting of our Gospel campaign here in Karu, Nigeria and the attendance peaked at 450,000 people!  Watching the multitudes streaming onto the field by the thousands one pastor said, “It looks like the Children of Israel entering the Promised Land”.  As Evangelist Reinhard Bonnke preached the Gospel tonight, the people were absolutely captivated and they responded with such eager enthusiasm that when they prayed, calling upon the name of Jesus for salvation, it seemed as if the ground was trembling.

After the prayer for the sick we heard many wonderful testimonies including that of a woman, paralyzed for 15 years who was totally healed.  Another woman who was totally blind in both eyes for 3 years can now see.  A young man who had hepatitis brought the results from a test he got today after receiving prayer…he is healed.  A woman with a large lump in her right breast told us how it suddenly vanished.  Praise the Lord!

Thank you for praying for us and sending us…it truly is harvest time.  You are a part of our team and we rejoice together at the many thousands of salvations and miracles that took place this week. I’m sure that Karu will never be the same again.  The final figures from the decision card count will follow as soon as we receive them.

Together with the whole CfaN Team 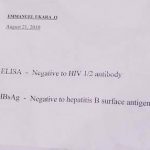 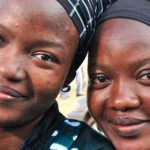 The Rest of the Story – With Video and PicturesArticles, Nigeria