Our final meeting has just come to a glorious conclusion here in Ogbomosho, Nigeria. The crowd tonight topped 350,000 and absolutely packed the field we were on. Since I haven’t given a report the last couple nights, allow me to bring you up to date.

On Friday night as we were heading to the crusade field, dark ominous clouds filled the sky as far as the eye could see. The weather forecast called for rain – and rain it did. As we were sitting on the field in the technical container, the rain started to pour. I could hear it growing louder and louder as it pounded on the roof of the container. It was a hard, cold, driving rain and I thought surely the people would run for cover. But I was told that they were still there. So, after about 15-minutes, realizing that it was not going to relent, I went out to preach in the rain (as I have done many, many times before). But when I reached the platform, to my surprise, the field was full, the people were dancing and singing in the rain! The moment I stepped up to preach, the heavy downpour turned to a very light drizzle and continued that way for the rest of the night. I was able to preach the Gospel and pray for the sick without any difficulty.

On Saturday, we prayed for the people to receive the Baptism of the Holy Spirit and there was a mighty outpouring with deliverance, healings, signs and wonders. Many testified of being healed of ulcers. A woman’s breast lump (that she had for 7-years) vanished. A woman’s large swollen leg instantly returned to normal, reducing its size by more than half! A woman whose leg had been severely injured in an animal trap 20-years ago was healed as well.

Tonight, instead of pouring rain we had thick Harmattan (dust from the Sahara Desert that pollutes the atmosphere – it looks kind of like smog) it is very unusual to experience Harmattan and rain in the same place in the same time of year, but anything can happen. Many thousands were saved and healed tonight – crippled legs, hernias, ulcers, blindness, epilepsy and pain of all kinds vanished during prayer.

Now the decision cards are being counted. I am sure that it will be a huge number. I will send it to you as soon as I receive it.

Thank you again for your prayers and support. Now we head back to Orlando for the School of Evangelism in one week. Please continue to pray for us. 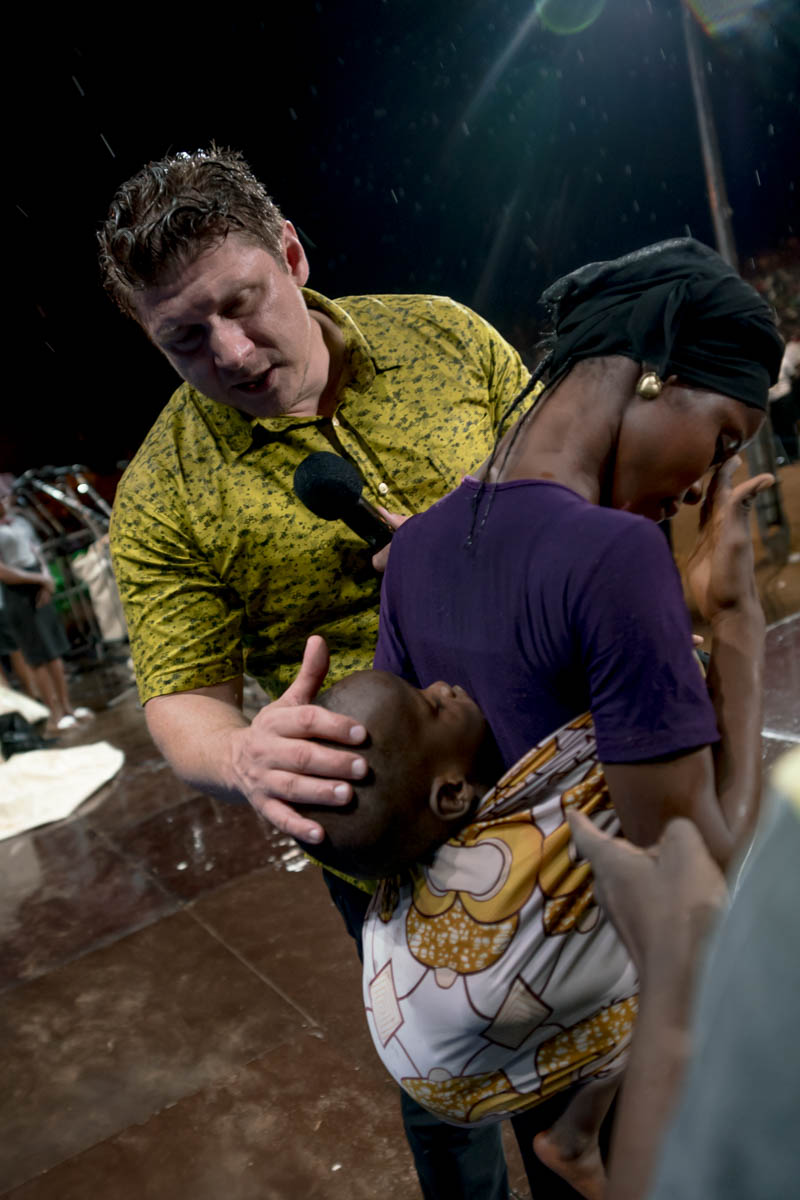 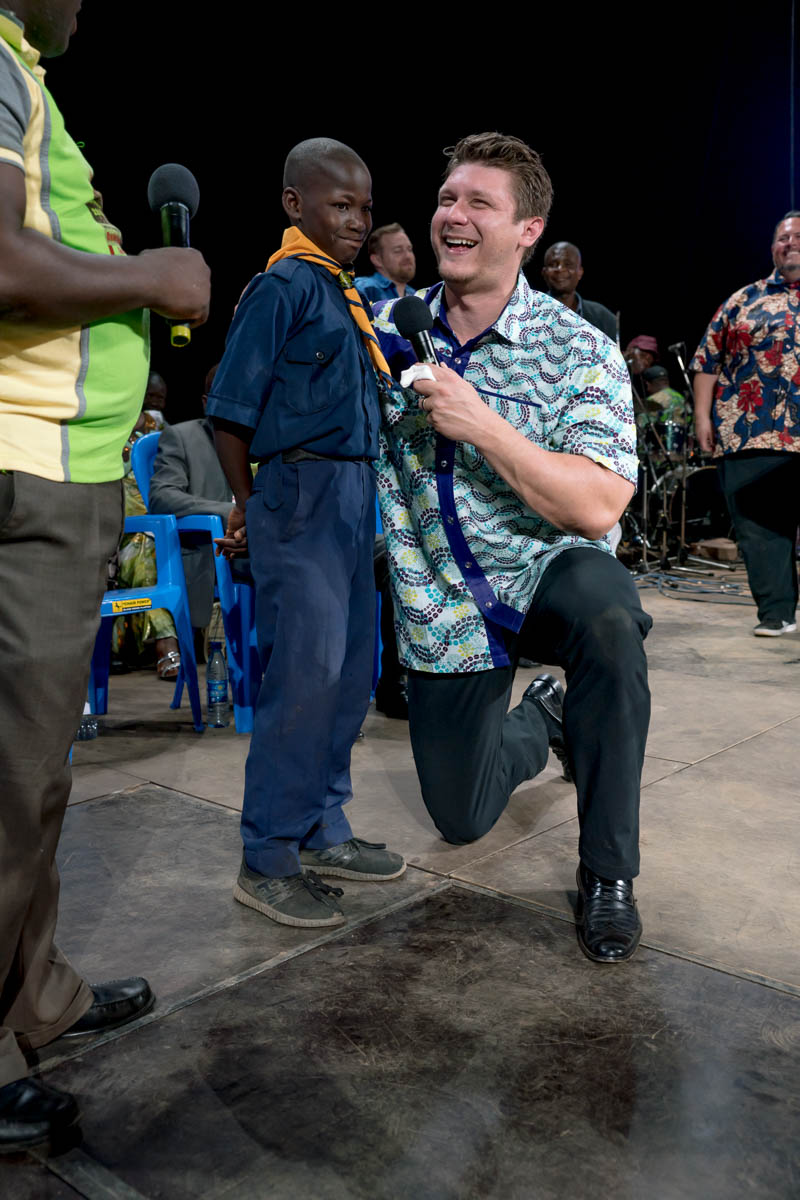 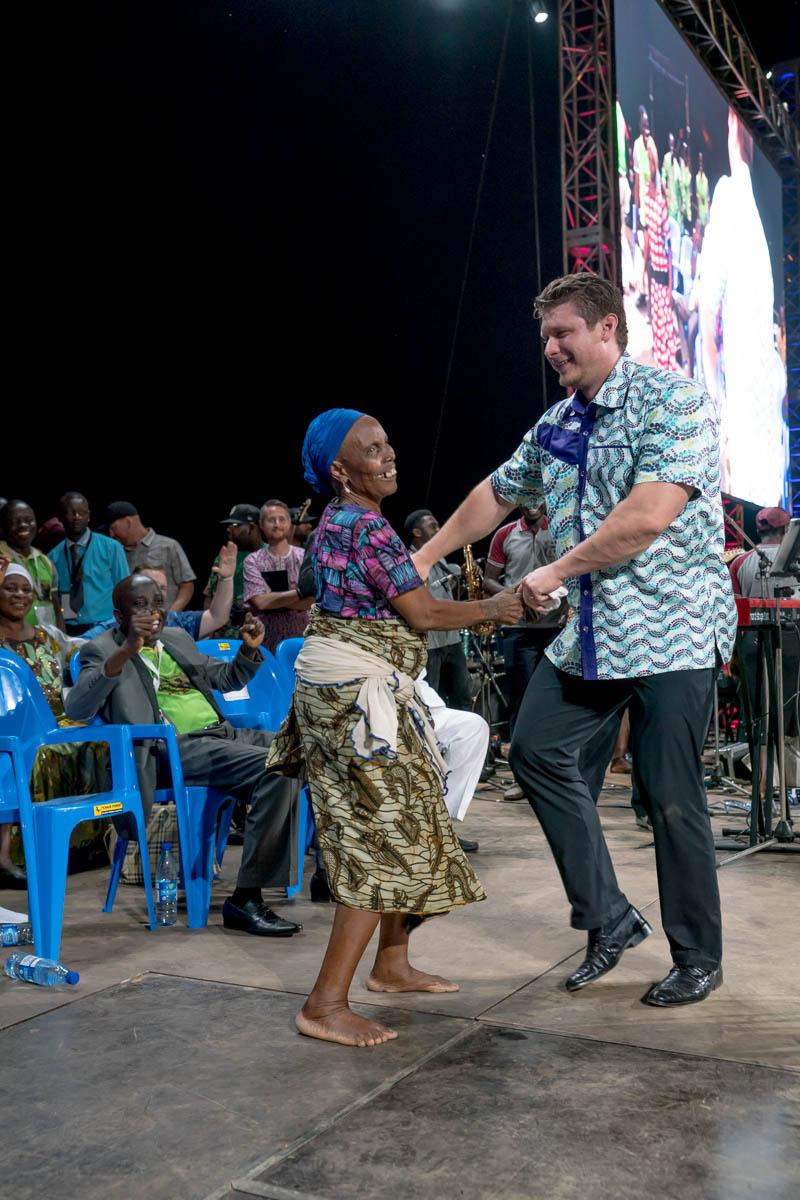 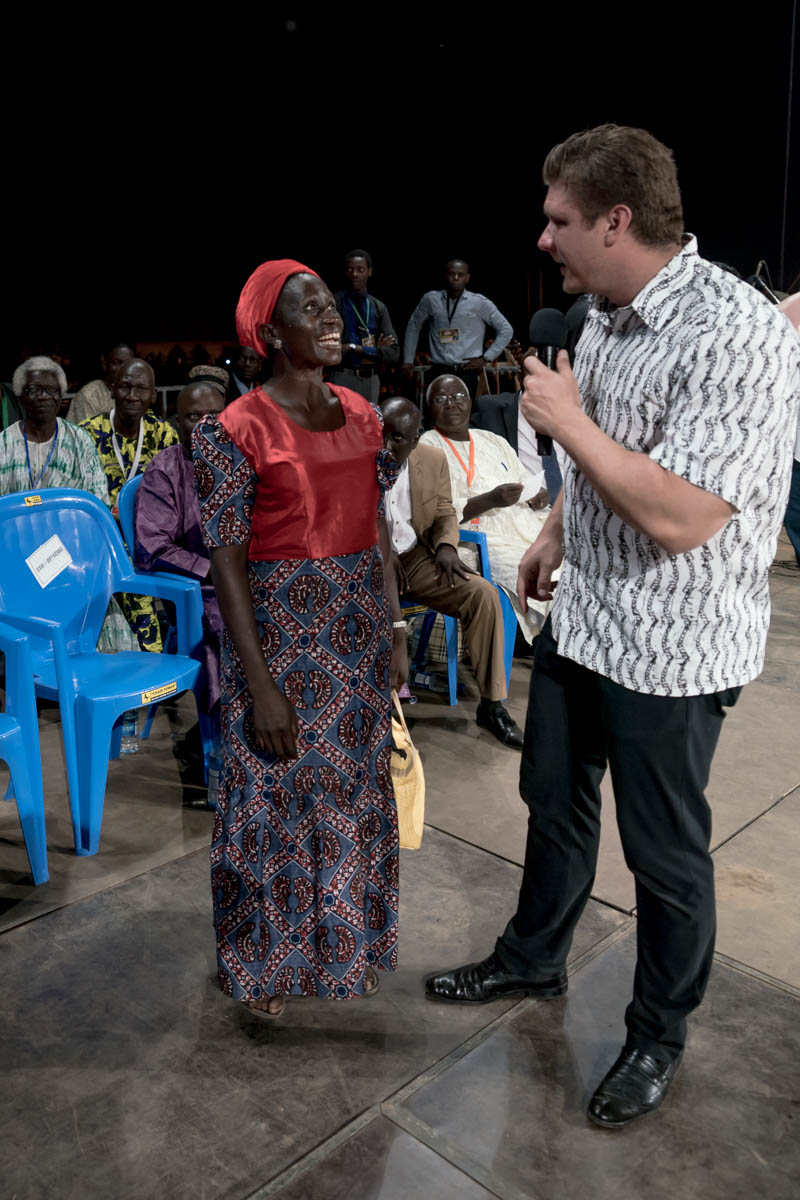 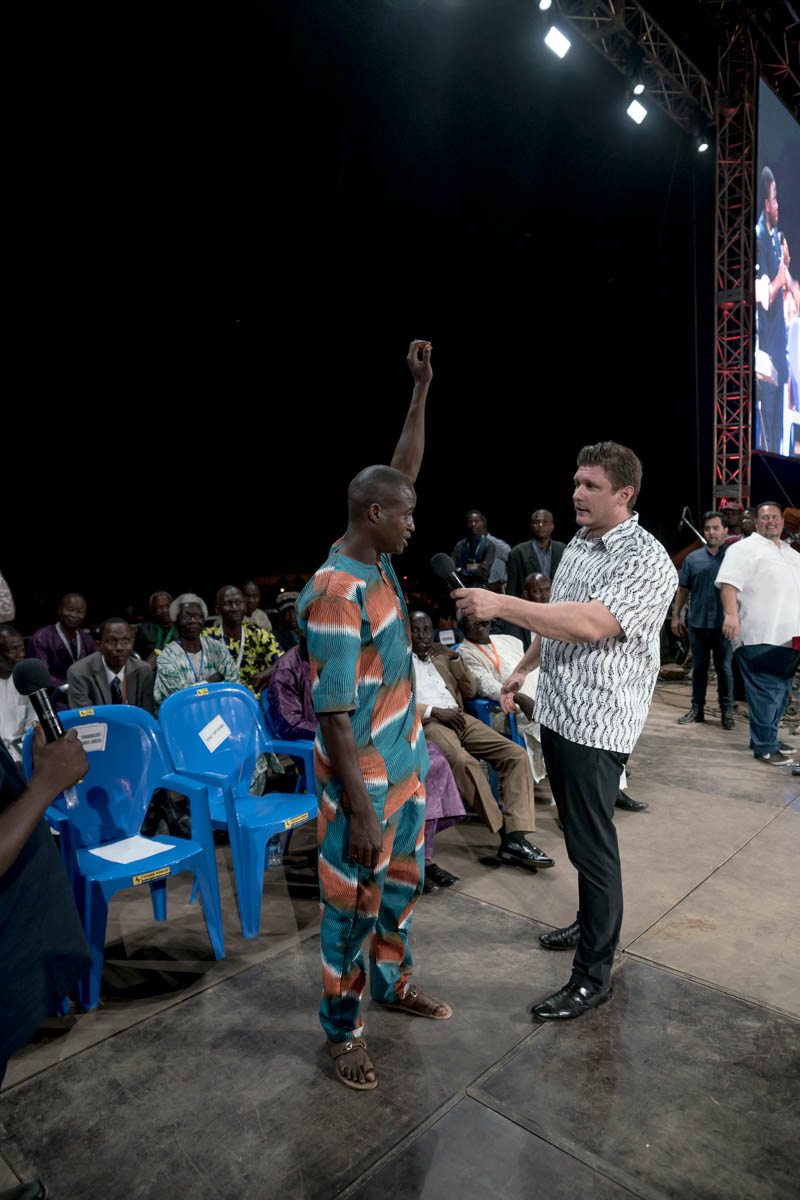 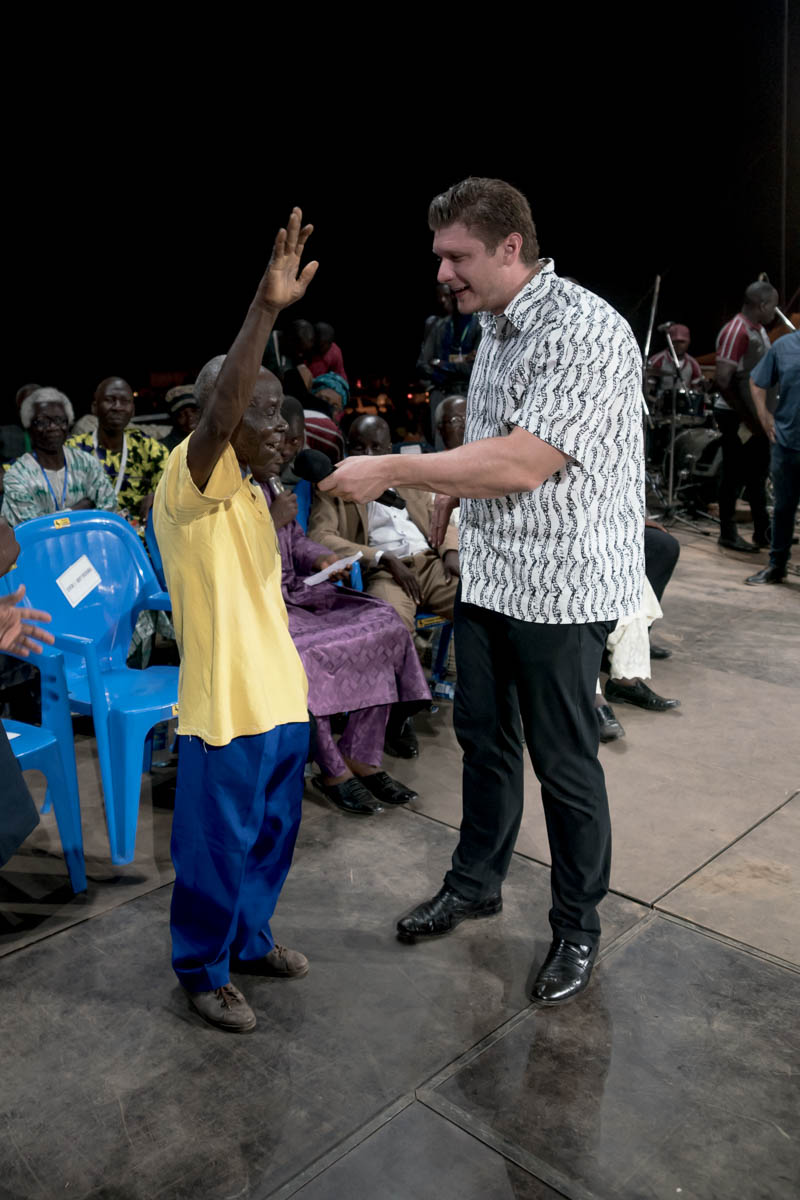 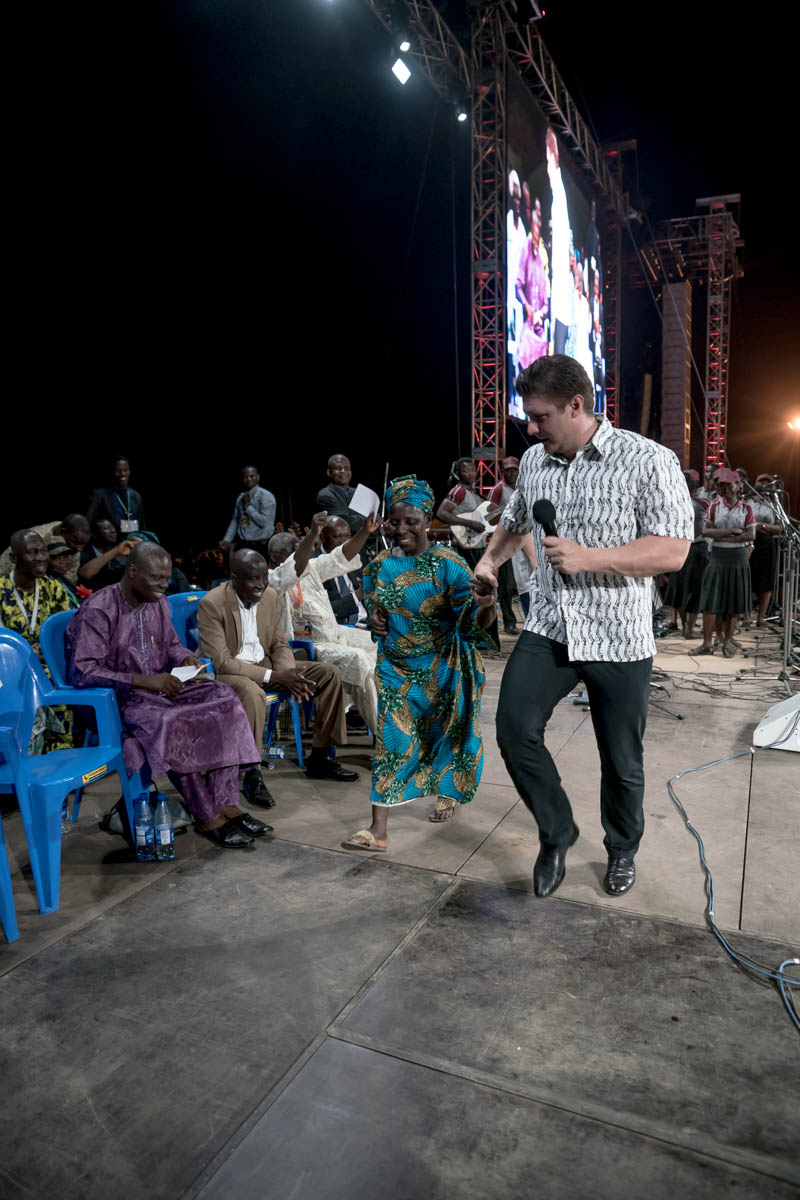 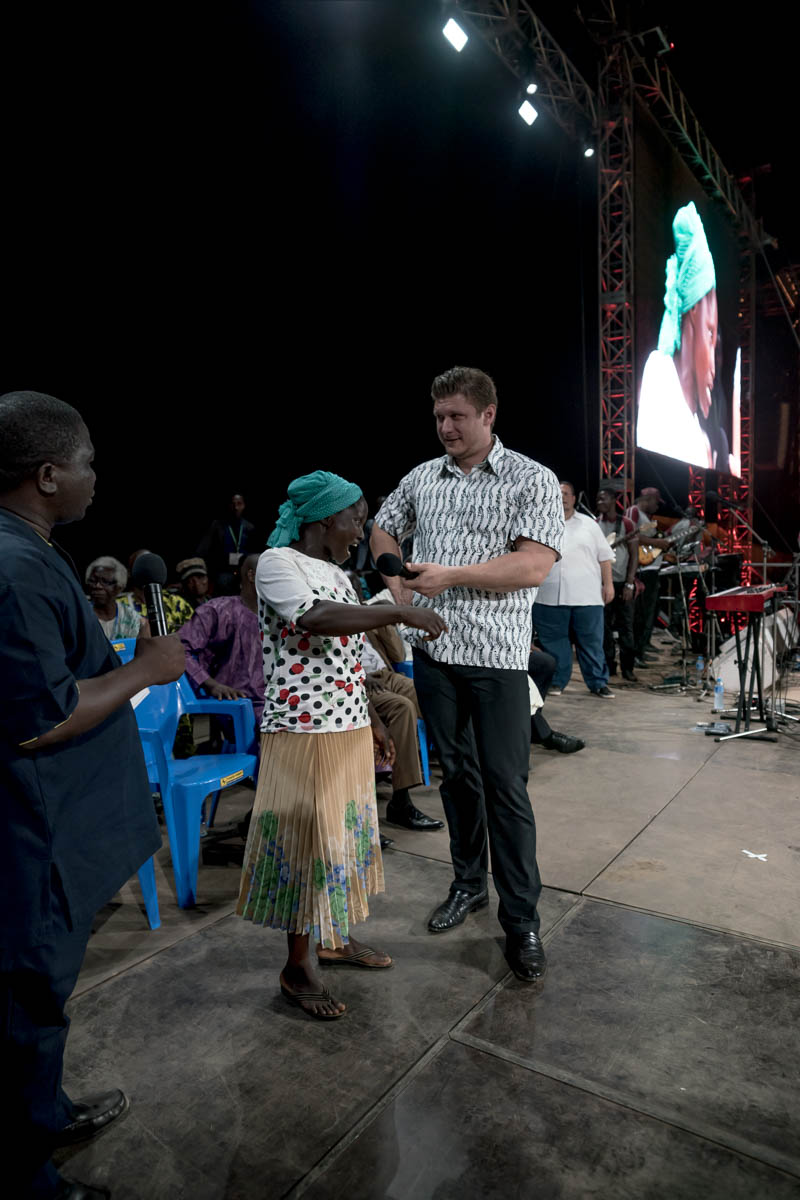 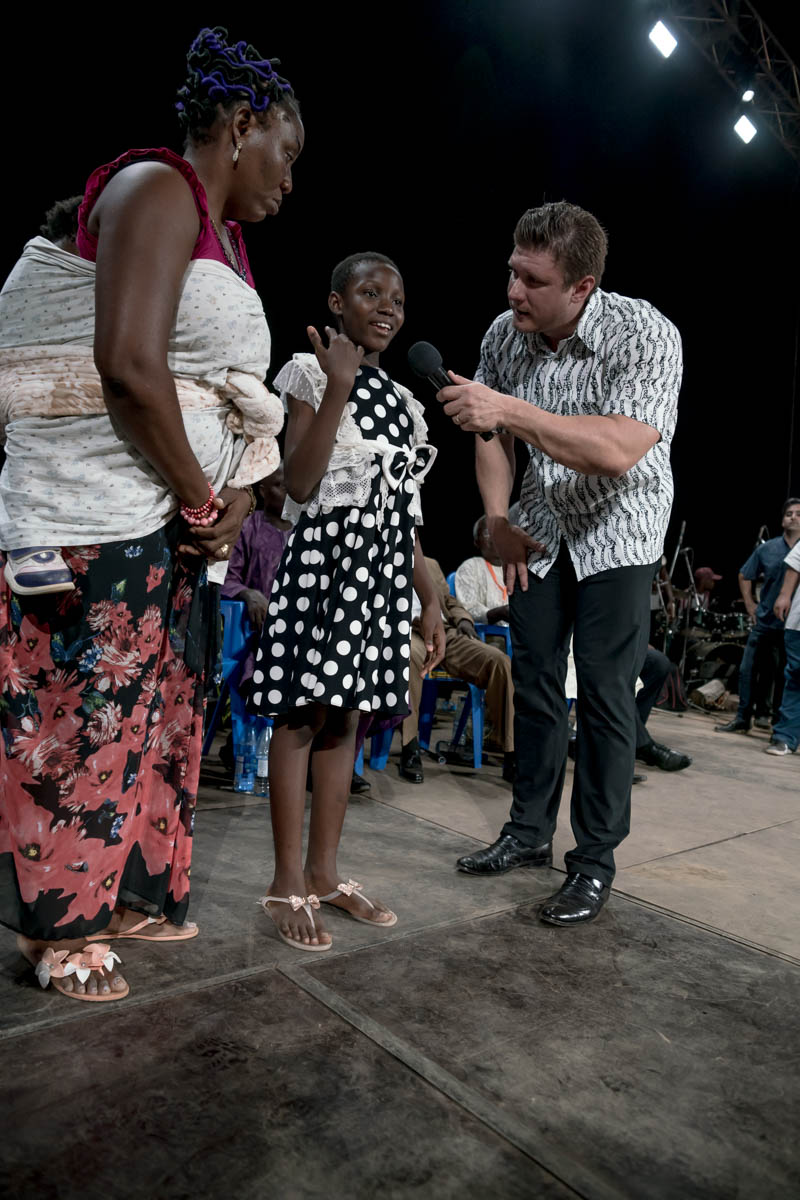 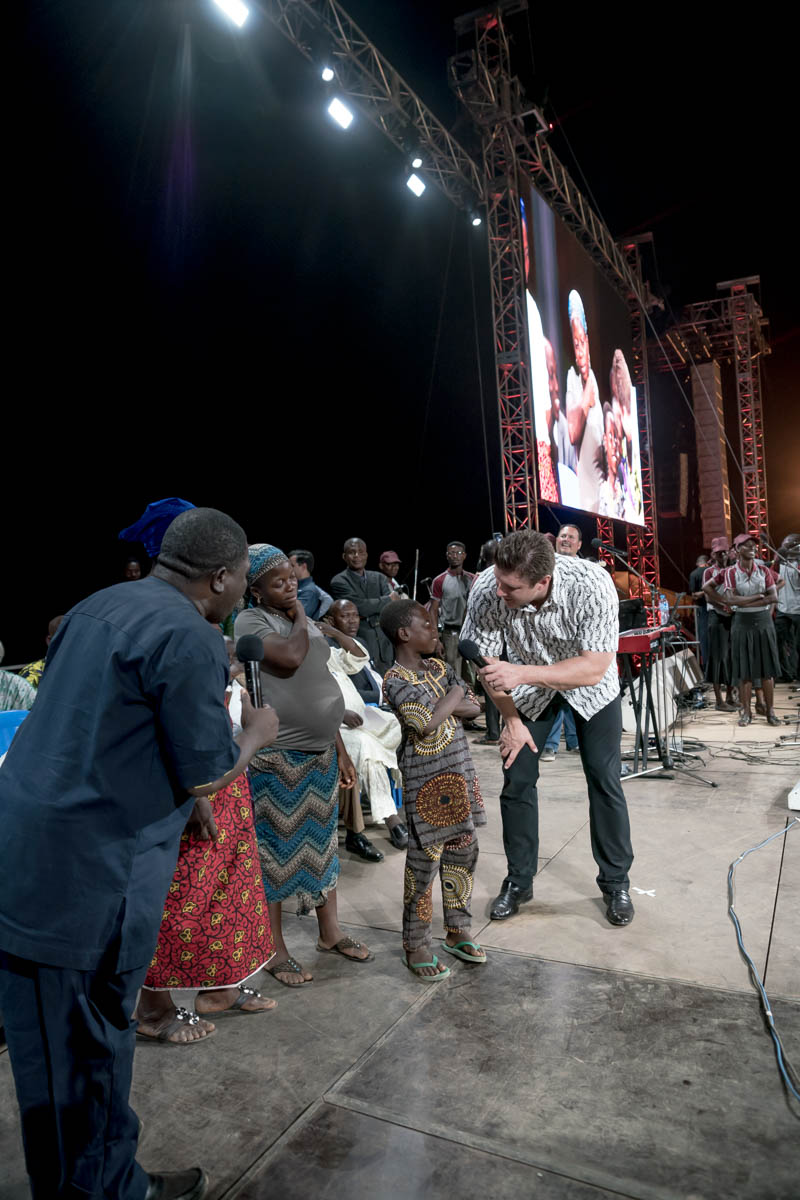 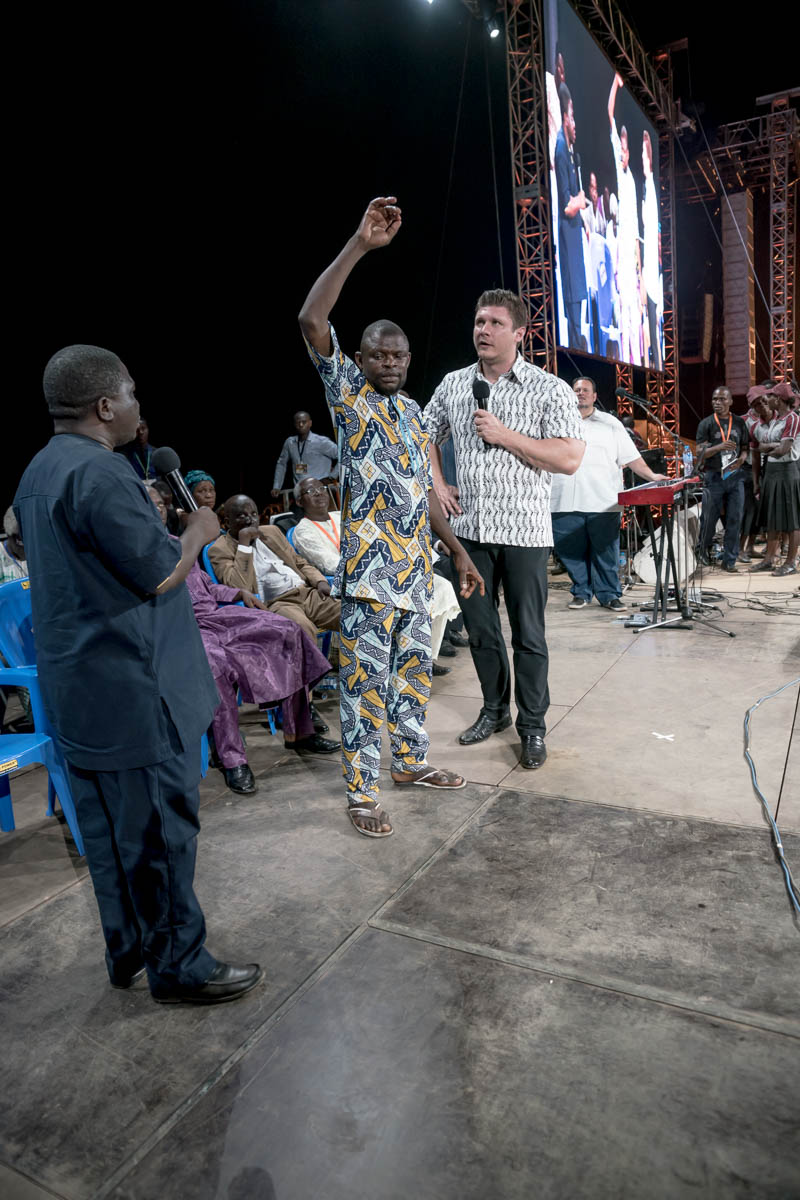 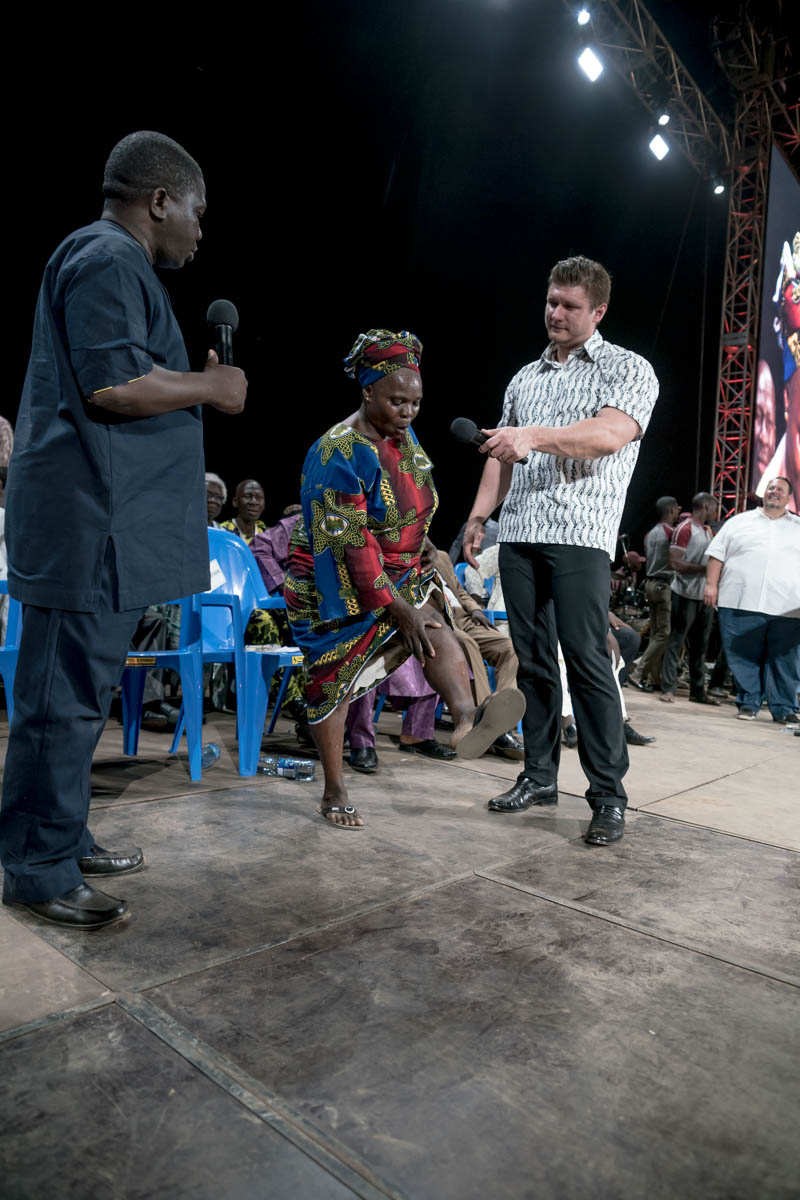 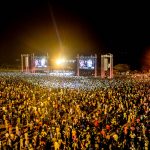 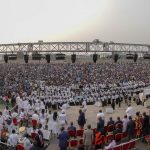