The picture above is from an amazing event where I ministered several years ago.  I had just finished preaching my heart out and now it was time to pray for the sick.  Little did I know, I was about to learn a new lesson in the subject I had just preached about – Faith.  Fired up by my own sermon and brimming with confidence I stepped off the platform and began laying hands on the sick who were situated right in the front.  I approached a man in a motorized wheelchair who was severely crippled.  His hands and legs were twisted, shriveled and lame. I turned to the ushers who were flanking me and said, “Lift him out of the wheelchair!” and I continued down the prayer line.

Im not sure what caused the miscommunication that took place next.  Perhaps it was the language barrier – we were in Hong Kong.  Perhaps it was due to the noise – it was a very loud meeting and a huge venue.  I’m not sure.  All I know is that after I had laid my hands on the last person in the front row, I turned back towards the stage and now that man in the wheelchair was sitting front and center on the stage in front of over 5,000 people!  Apparently, when I told the ushers to lift him out of the wheelchair, they thought I said to lift the wheelchair onto the platform.

…Ill tell you what happened next TOMORROW 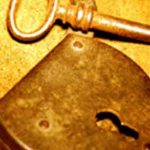 What is the Secret to Accessing the Miraculous?Articles 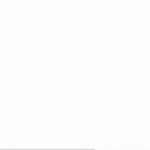 What if I Pray and Nothing Happens?Articles