“What is the Secret to Accessing the Miraculous?”  When Sid Roth asked me this question yesterday on his “It’s Supernatural” television program, my first thought was, I wish I had 30 minutes to talk about this instead of 30 seconds.  The reason is that I know many people will dismiss my answer as a cop-out or a corny spiritual cliché because it is too simple and un-convoluted.

“The secret”, I told him, “is that there is no secret.”  Or at least, it SHOULDN’T be a secret.  The key to accessing the miraculous power of God is the simplest and most basic belief of Christianity.  It is what brings us into the Kingdom of God, justifies us before God and allows us to please God in the first place.

Remember when the lame man at the Beautiful Gate was healed?  Peter said to the crowd of amazed spectators that gathered, “…Why look so intently at us, as though by our own power or godliness we had made this man walk? …His [Jesus] name, through faith in His name, has made this man strong, whom you see and know.Yes, the faith which comes through Him has given him this perfect soundness in the presence of you all.”

The greatest spiritual discoveries are simplest and most basic truths.  It seems like everyone is searching for a tip, a trick or a new revelation.  The new books keep piling up.  Training centers are springing up everywhere.  Teachers are a dime a dozen.  And yet, it seems that the more we learn about the miraculous the less we experience it.

Perhaps what we really need is to UNLEARN most of what we have learned, and strip it all back to the utter simplicity of Gods Word.  I’m talking about a simplicity that is so elementary that it is offensive; an insult to our intelligence.

In ancient times (before Staples and Office Depot) writing materials were often difficult to come by.  For this reason parchments were often re-appropriated for different uses.  A scribe or author would simply scrape or scrub out the original text that was inscribed on the parchment and write something else over the top of it.

Believe it or not, priceless New Testament manuscripts were sometimes recycled in this way, much to the chagrin of anyone who recognizes their incalculable value.  These came to be known as “palimpsest” (a Greek word meaning “scraped again”) manuscripts and scholars have gone to a great deal of trouble to transcribe the underlying text of these palimpsest manuscripts using chemical regents, keen eyesight and more recently, computer technology.

Perhaps the most famous palimpsest manuscript is known as the Ephraim Codex.  The Ephraim Codex is so called because at some point around the A.D. 1200’s someone copied 38 sermons from the 4th century theologian, Ephraim of Syria, over the top of much of the Biblical text!  Thanks to the German Biblical scholar Tischendorf, who first deciphered the manuscript, the Ephraim Codex is today among the most significant biblical manuscripts in existence.

I’m sure the scribe who superimposed Ephraim of Syria’s sermons over the top of the Biblical text thought he was doing something important.  But, if he only would have understood that the real treasure was the original words underneath.  To get to the treasure, great pains were taken to peel back the layers of overlaid commentary to reveal the simplicity and the power of God’s Word.

If there is a “secret” to accessing the miraculous power of God, it is a secret because it has been obscured by the commentaries of a thousand teachers, each one piling on to the infinite list of prerequisites, pretexts, and procedures that are being taught as necessary.  If we can only strip it all back to the basics, we would discover the secret has been there all along: “Only Believe.”  My friend, if you are searching for the secret, I can tell you already — when you discover the secret, you will discover that the secret is really no secret at all.

— Ill talk more about this tomorrow 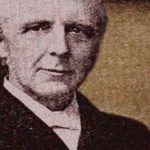 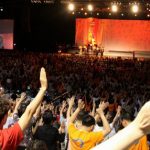 A Tough Lesson in FaithArticles