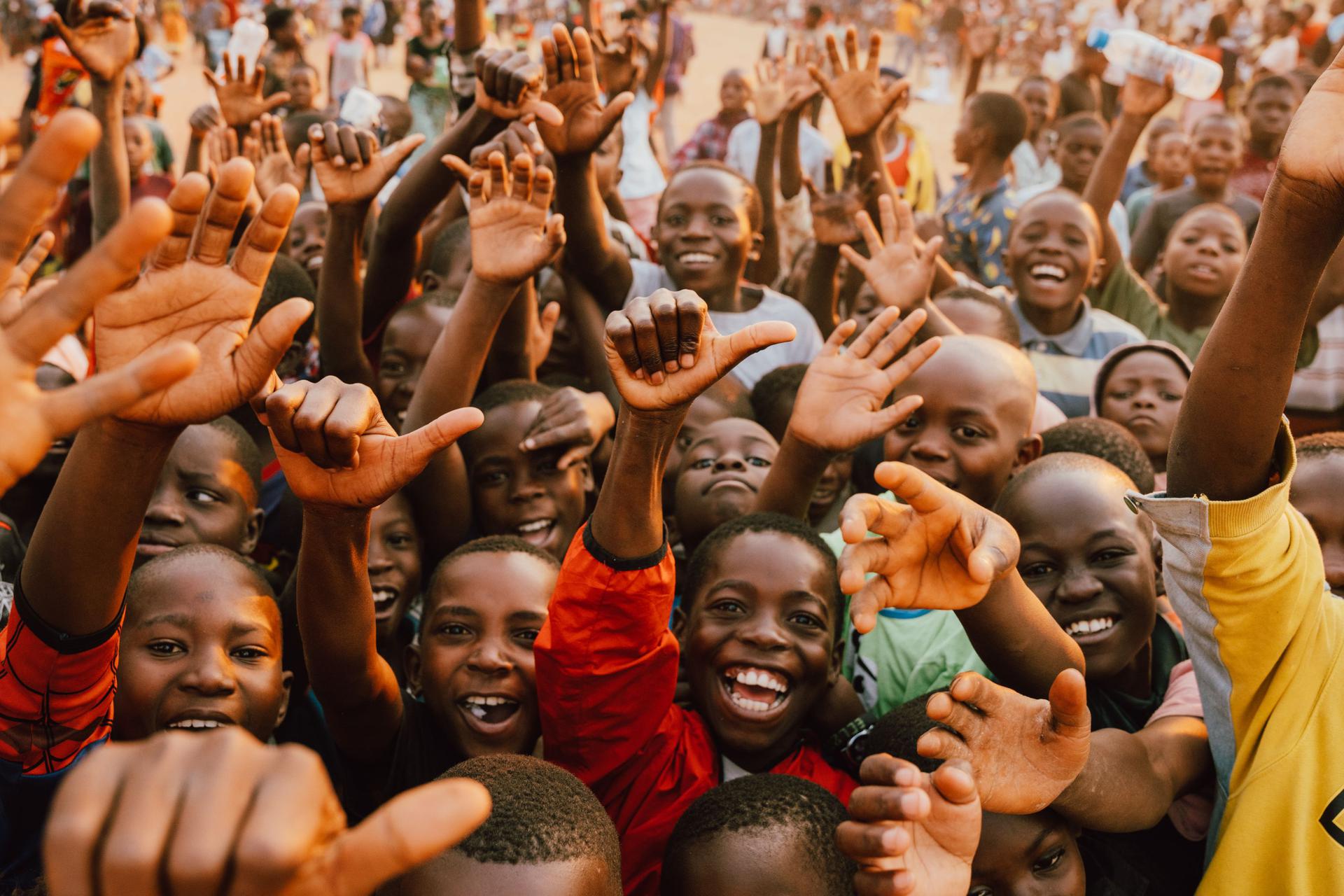 History is being made here in Zambia this week as five cities are being shaken by the gospel right across the nation–simultaneously! In each city, the crowds have swollen to the point of maxing out the fields they’re being held on, even creating crowd control challenges for us! And in each city, God is moving in power. The news about the wonders and miracles God is doing have gone out, and everyone is talking! 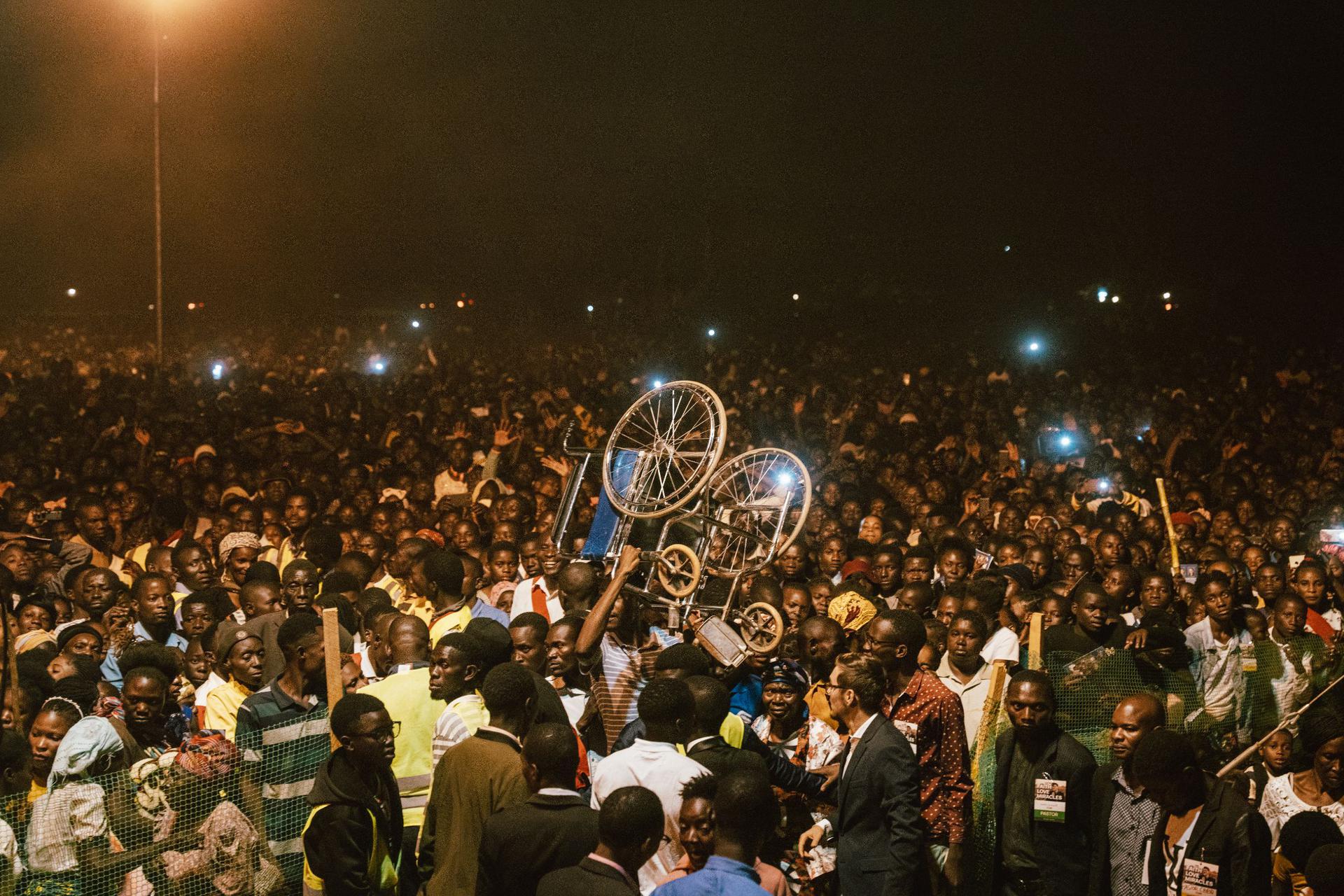 Tonight, I traveled to the city of Kasama, where Evangelists Joe Turnbull and Tyrelle Smith (both Bootcamp Grads) are stationed. This is the city where they’ve experienced so much opposition, as I’ve written about in earlier reports (a tree collapsed on the crusade field during the first meeting, and the sound system blew out). This is also the place where the whirlwind kicked up yesterday while our team was filming and the place where the city repented of a crocodile idol in the town. 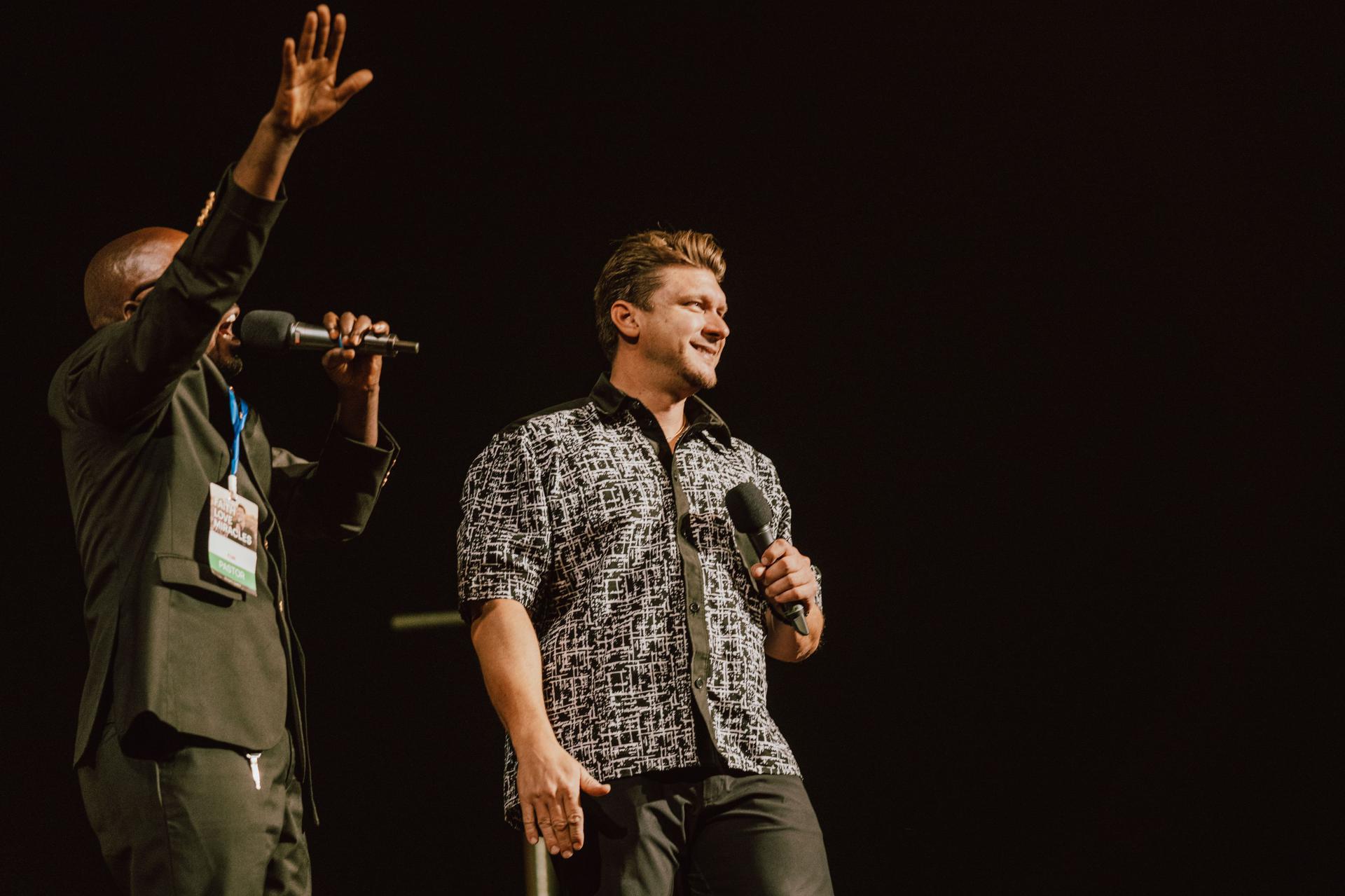 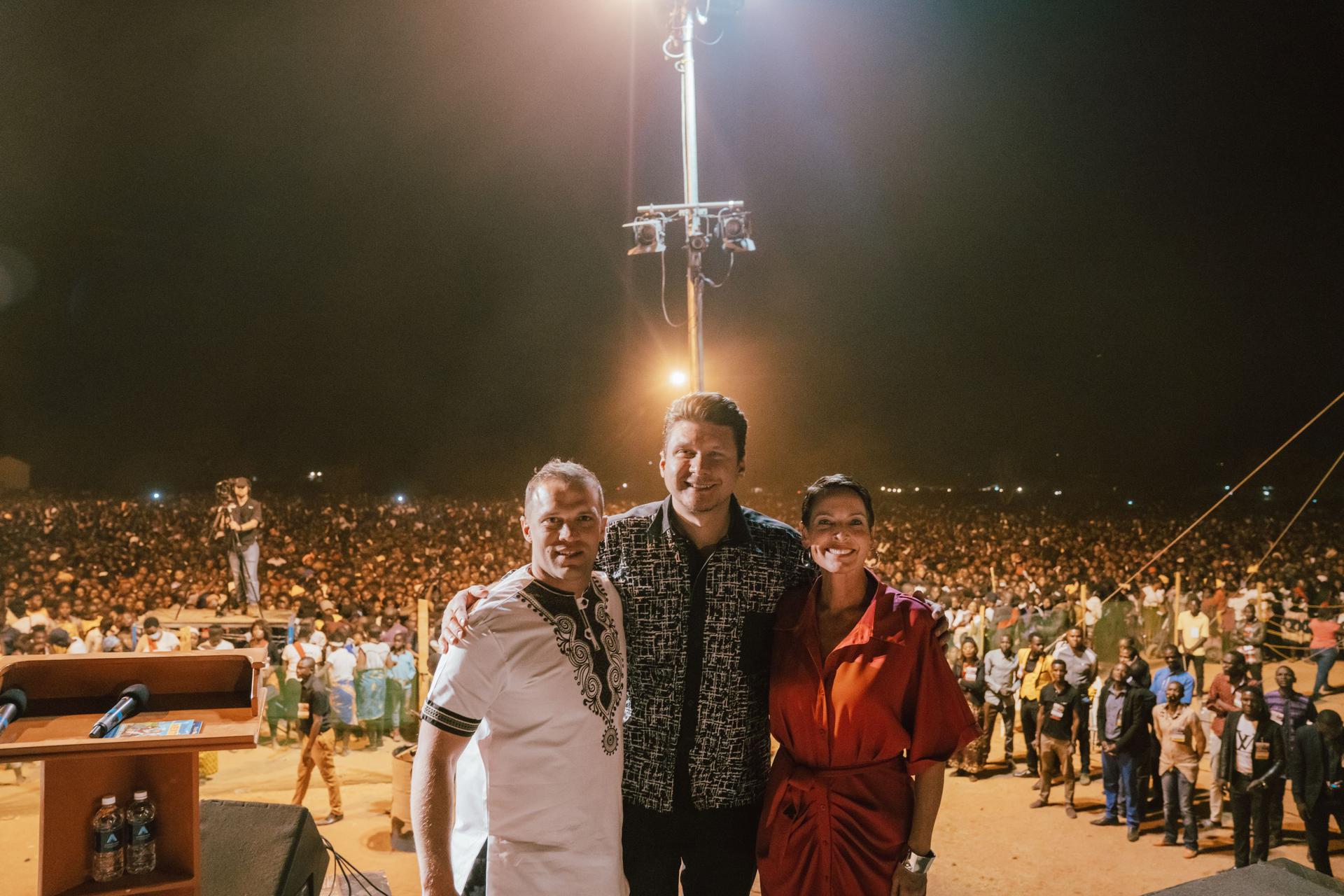 After I preached tonight, a witch doctor came forward and surrendered her life to Jesus. Then she brought a bag of “juju” and some other blankets that were used for witchcraft rituals, and she threw them into our fire barrels! She stood before the massive crowd and publicly professed her faith in Christ and said she would serve Him “forever and ever.” Have a look at the video: 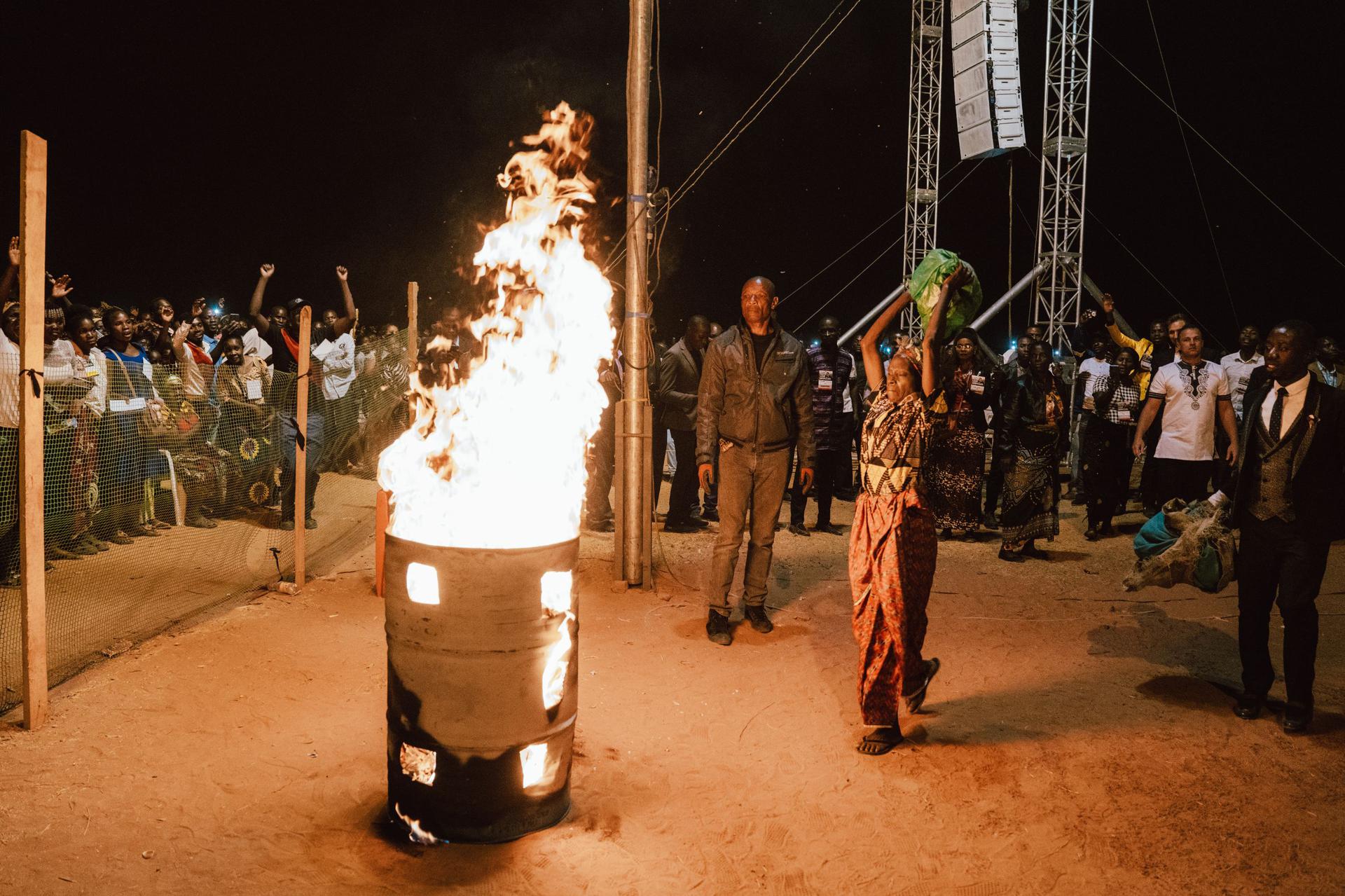 After praying over the crowd to receive the infilling of the Holy Spirit, I passed the mic to Evangelist Tyrelle to pray for the sick. Once again, as we’ve seen each night in each city, many cripples were instantly healed. Among them was a woman who had been in a wheelchair for 12 years and a girl who was both crippled and mute. Both were totally healed! 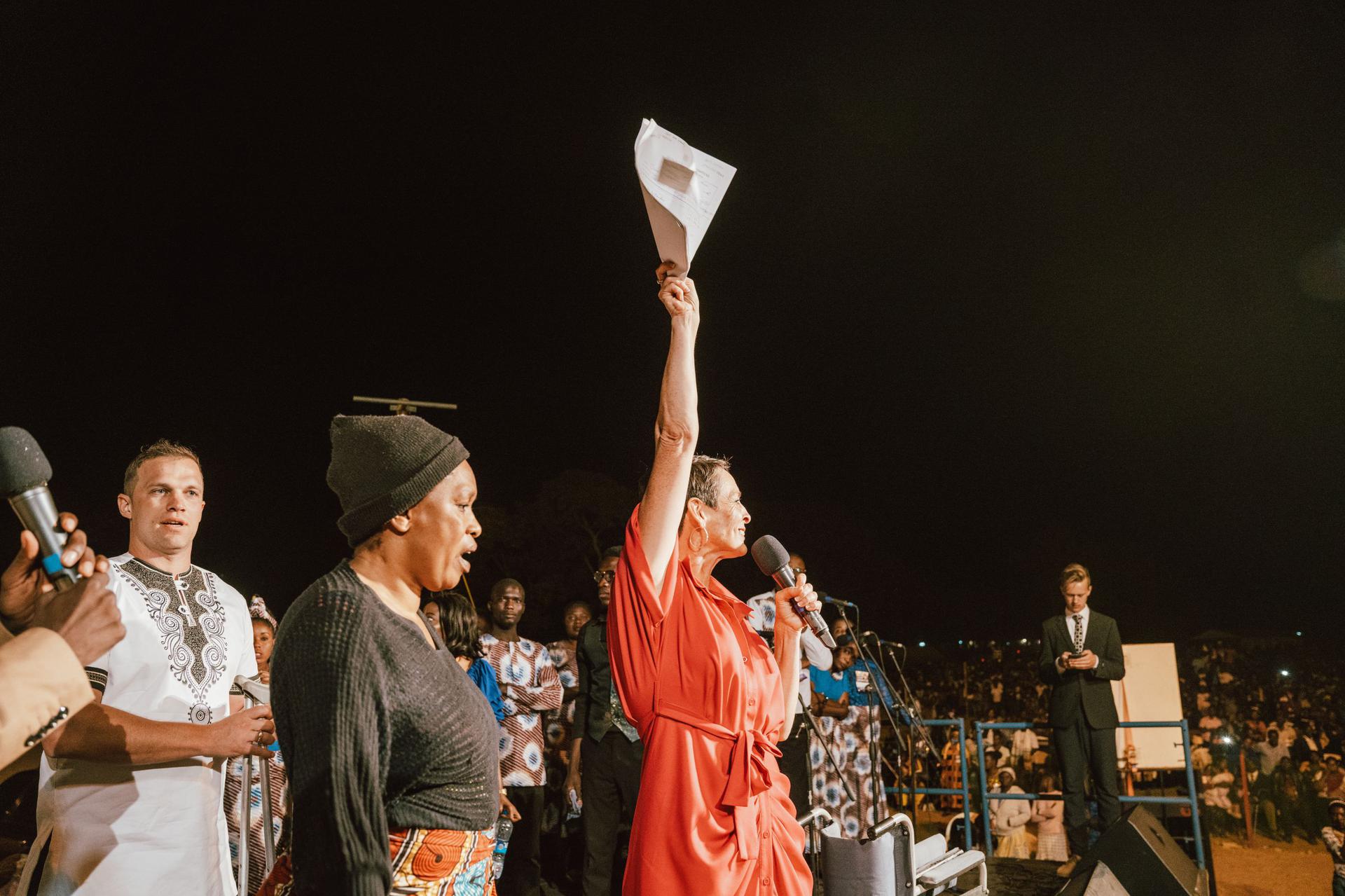 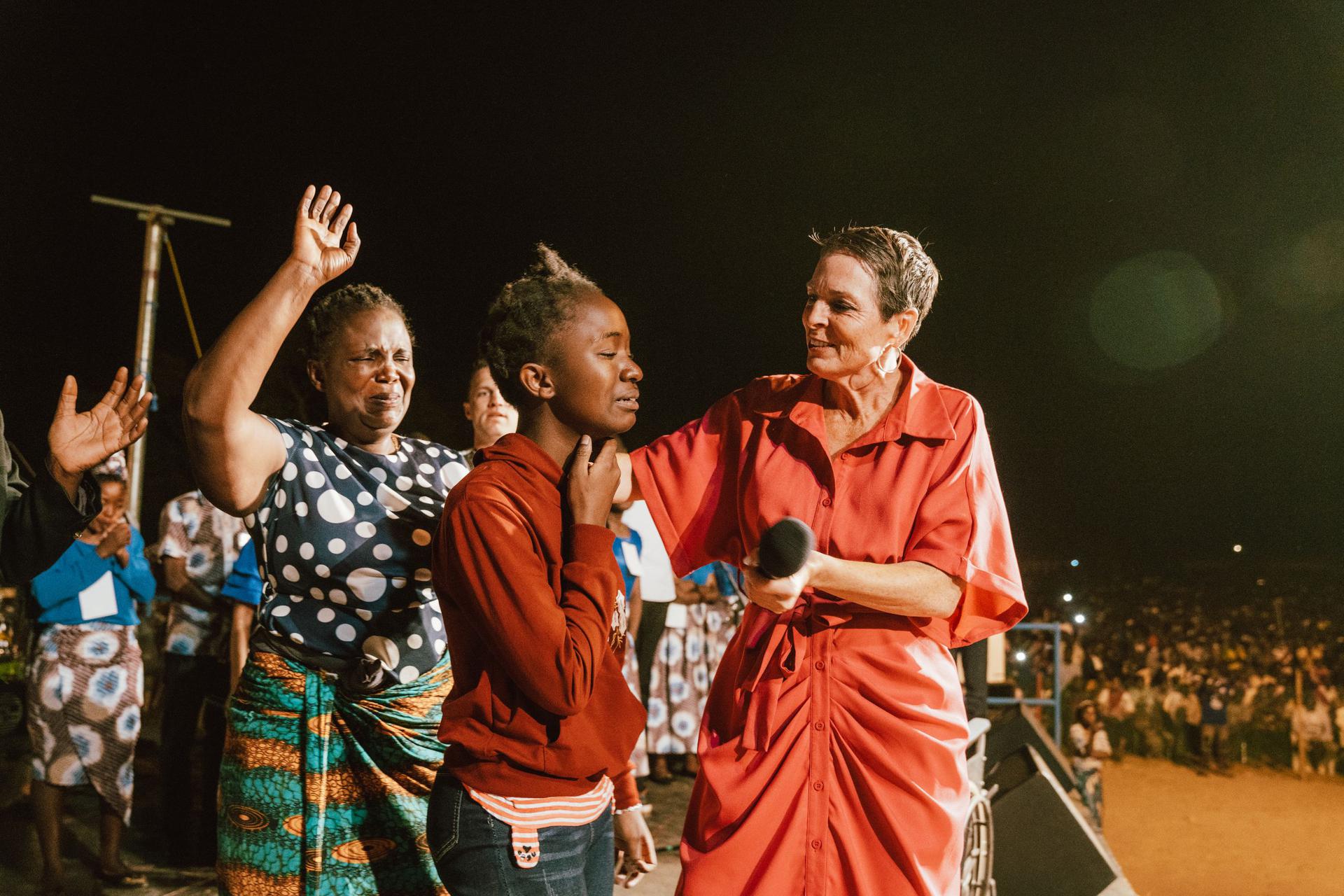 Meanwhile at the other sites…

Evangelist Evelina Smane said that a man who had broken his leg came to the crusade straight from the hospital. His leg was swollen and in a fresh cast. The man still had his hospital papers in hand when the power of God hit him during the service. The swelling went down, and he was jumping and walking!

Also, a woman in Kabwe received prayer on Wednesday. She is 23 years old and had been HIV Positive since birth. On Thursday, she went for a test which came back HIV Negative!! 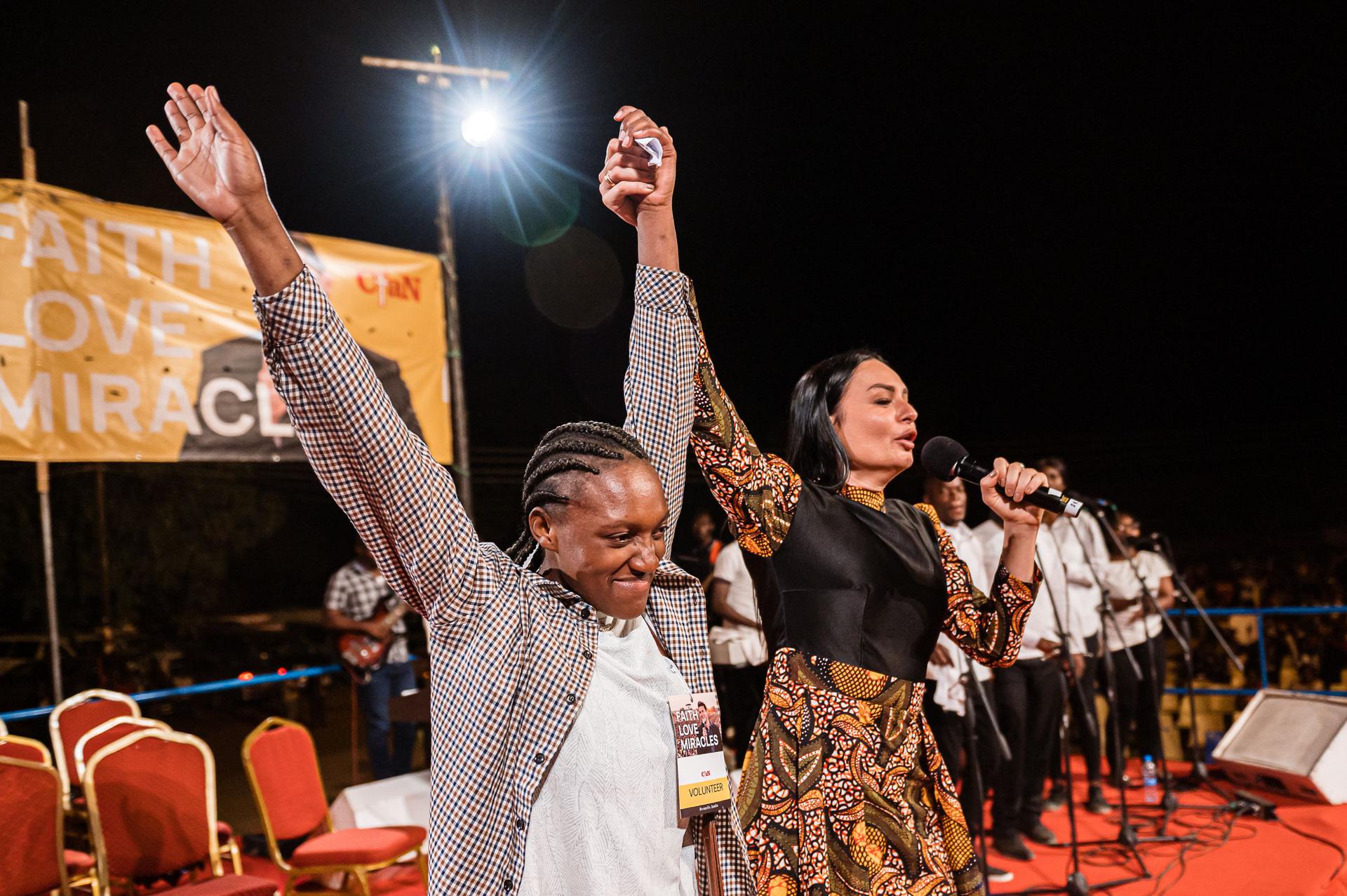 Evangelist David Rotaermel said, “There was such a tangible outpouring of the Holy Spirit…THEN SOMETHING HAPPENED: Truly, Jesus has stepped into the field, and without anyone speaking or without any music, miracles over miracles started breaking out. You could tangibly feel the fear of God all over the whole field as He was moving and doing what He wanted to do. For over 20 minutes, the King of Kings has taken over the meeting where nothing became impossible anymore–this moment has marked us forever.” 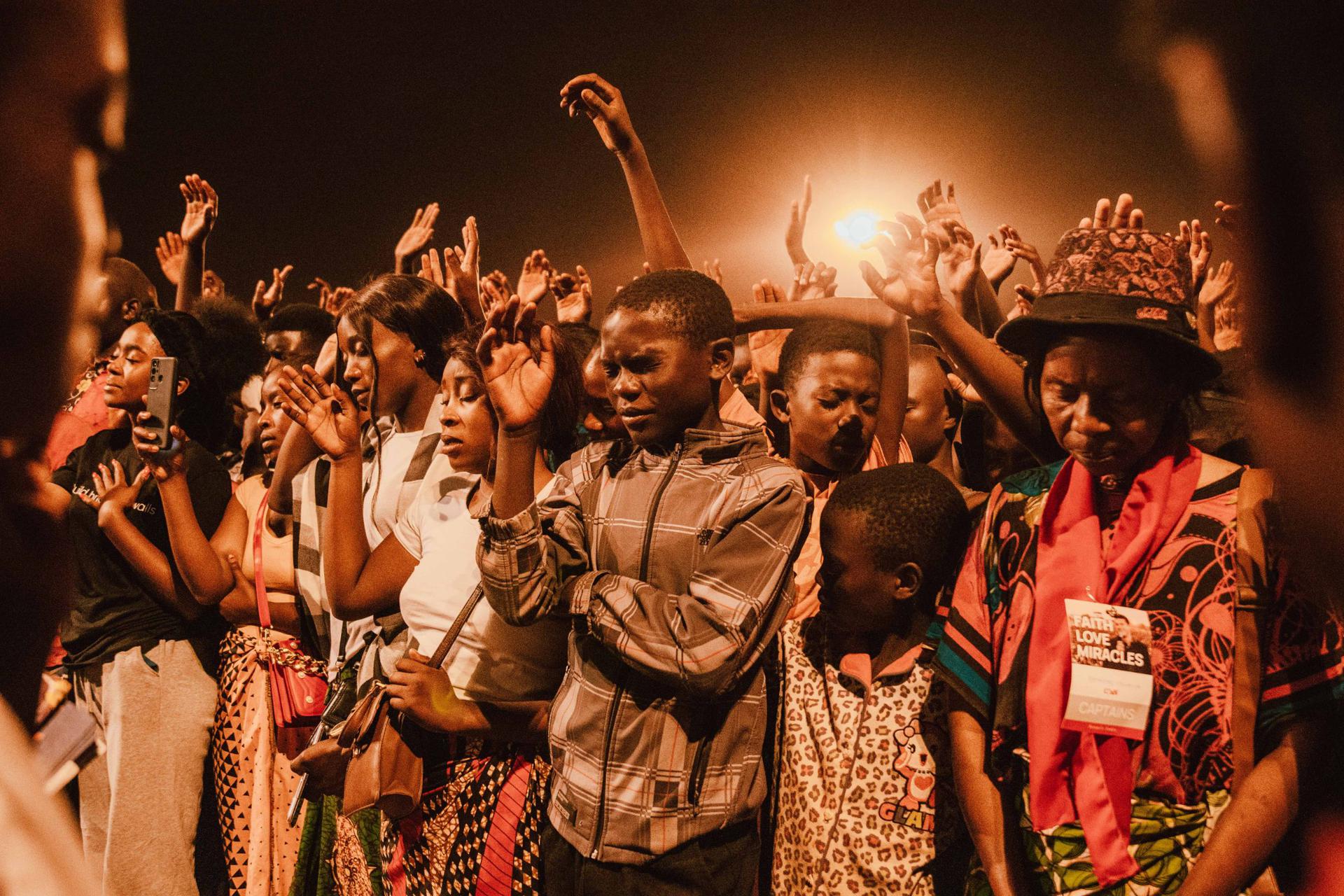 A woman who was deaf for over 30 years was healed as Evangelist Alejandro Escobar prayed. He told me, “She gave her testimony with tears in her eyes and full of the joy of the Lord! The crowd went absolutely crazy!”

He also said, “After the testimonies, we literally had a pile of crutches just laying at the bottom of the stage! We got to a point where I didn’t have to throw the crutches from the stage anymore…the people were doing it by themselves. One lady named Grace had dislocated her foot a year and a half ago; it was completely misaligned, almost 90 degrees to the right. The Lord put it back into place! She threw her crutches into the air after shouting, “I HATE THESE THINGS!” 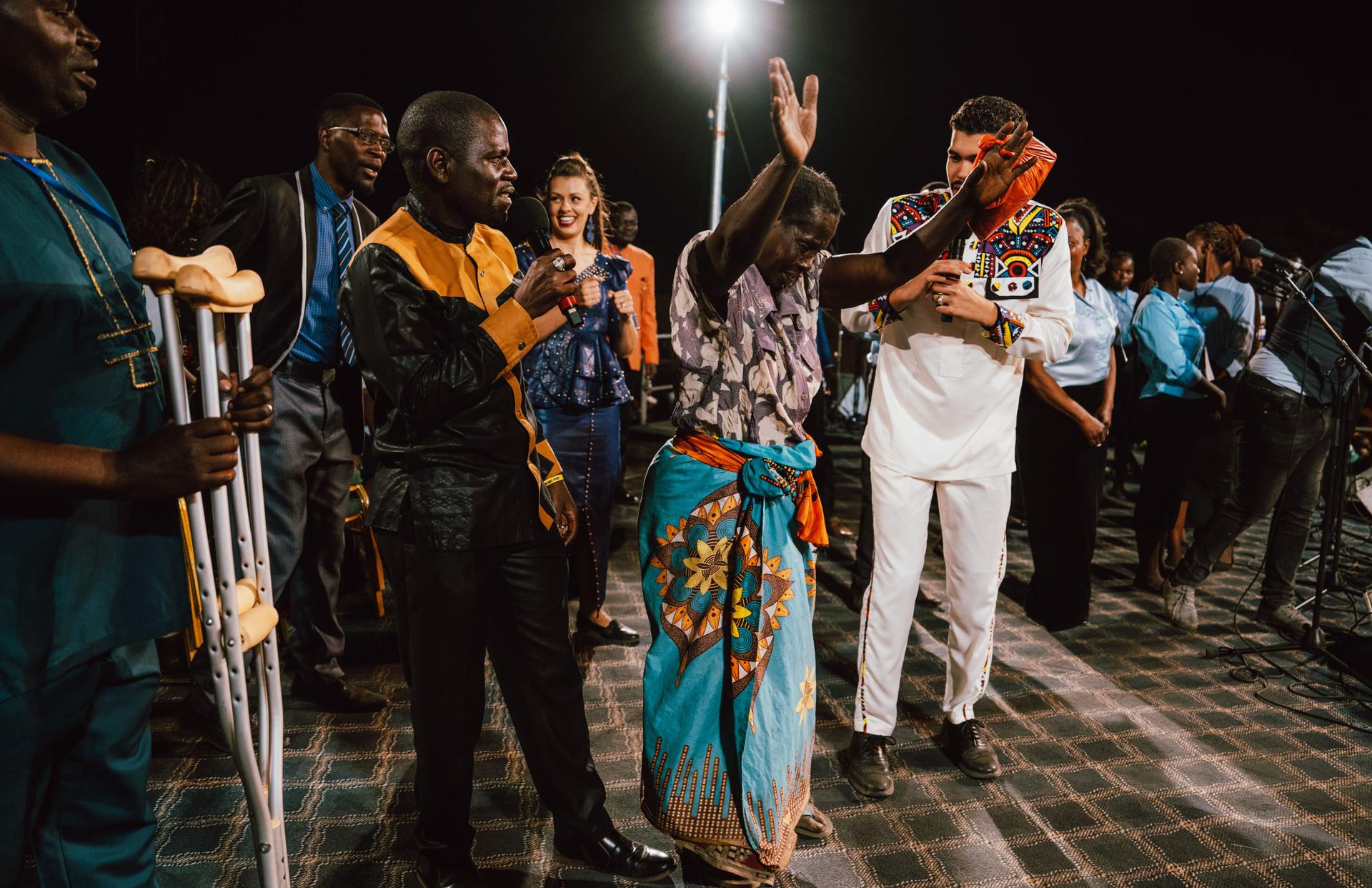 Sunday night is the last night of this “Operation Decapolis” Campaign. Please pray for one more massive harvest across the nation of Zambia. 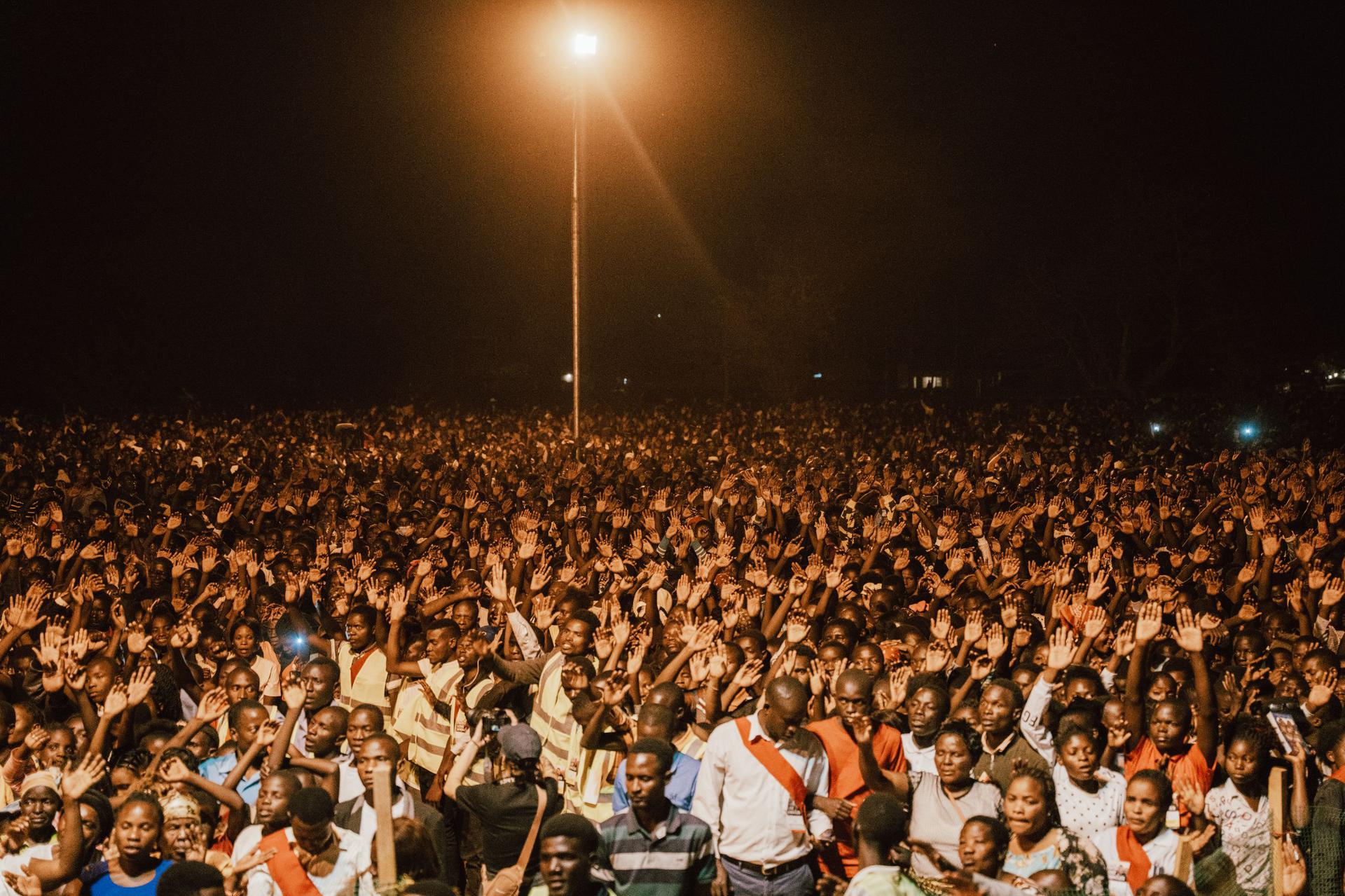 (together with the whole CfaN team) 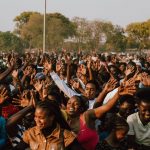 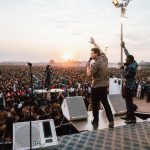