2 Cor. 4:9 Persecuted, but not forsaken; cast down, but not destroyed;

Let’s think about committees for a moment. Although I am on more committees than I can probably name off the top of my head, I view them all with suspicion. Why? Because committees tend to operate by consensus, which is all-too-often a barrier against inspiration. Let’s face it: committees are known to make mistakes. Case in point: When Oswald J. Smith died in his late 90’s, Billy Graham preached his funeral and told the large, assembled crowd, “We are here to honor the greatest missionary mind of the 20th century.” Yet, when Smith, in his early 20’s, applied to his denomination for missions appointment, that committee rejected him out-of-hand, reporting, “Sorry, you are not missions material!” All of watching Heaven must have greeted that decision with a resounding, “HA!”

Who has ever been a greater preacher than G. Campbell Morgan? Yet, at age 25, when he made application to his denomination for ordination, they denied him, saying, “You show no promise for preaching.” Well, that’s what the committee said. Here’s what history records: Morgan linked arms with D. L. Moody and preached across England. The church he pastored in England, Westminster Chapel, was peerless among congregations of that day. Later, Morgan came to America where he pastored other historic churches. When asked his secret, he replied, “Work. Hard work. And again….hard work.” He was called to his last pastorate when he was 72! He retired at 80. G. Campbell Morgan passed away in 1945. What a preacher! What a man of God! What a powerful force for all eternity! Yet an ecclesiastical committee rejected him completely. You see, he didn’t fit their guidelines.

I have learned in all these decades of ministry not to be too concerned by any critic who doesn’t have nail prints in his hands. When I need mid-course correction, the One with the prints will do it. If He wants to reward me, that will be His option. Not some committee’s prerogative.

Prayer: O God, don’t let pride fill my heart when I am appreciated, but, on the other hand, don’t let me fall apart when I’m not. My allegiance is to You, not some sociological group. I thank You for Your support. Amen. 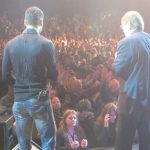 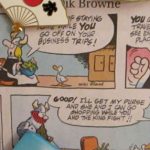