I’m sitting in my room here in Abidjan, Ivory Coast.  I’ve just returned from the crusade field and I am absolutely overwhelmed. Oh how I wish that you could have seen it with your own eyes. The power of God swept across that field in such a phenomenal way. So many cripples were healed I ran out of room on the platform – they started passing their crutches and wheelchairs forward and we stacked them in a heaping pile on the platform. (See the attached pictures)

A woman who was crippled and mute covered her face and sobbed uncontrollably, tears were gushing out of her eyes.  It was so precious; I had to choke back my own tears. Then she told me that she was a Muslim!  So I asked her if she knew who had healed her.  She said, “Jesus of Nazareth!”

Directly in front of the platform is the deaf section where an interpreter communicates the message in sign language.  Tonight I witnessed how one of those deaf boys was healed and when the woman with him realized that he could hear, she absolutely lost her mind! She started screaming and crying and shaking!  I thought she would pass out from the shock, but she came forward with the boy and together they wept as they stood on the platform and testified to the extraordinary miracle.

Healings were happening all over the place. The crowd grew more and more excited with every passing moment. At times, so many people were being healed at once the crowd seemed almost hysterical!  Then, over and over, they spontaneously began chanting “Je-sus, Je-sus, Je-sus, Je-sus!”

The former Prime Minister was there with many other government officials. Today he is the minister of “Reconciliation” (in charge of helping to restore peace after the civil war). He sat next to me on the platform and thanked us for coming. Suddenly the Holy Spirit brought 2 Corinthians 5:18-21 to my mind,

“Now all these things are from God, who reconciled us to Himself through Christ and gave us the ministry of reconciliation, namely, that God was in Christ reconciling the world to Himself, not counting their trespasses against them, and He has committed to us the word of reconciliation. Therefore, we are ambassadors for Christ, as though God were making an appeal through us; we beg you on behalf of Christ, be reconciled to God. He made Him who knew no sin to be sin on our behalf, so that we might become the righteousness of God in Him.

I was moved by this thought.  Yes…we are also ministers of Reconciliation and Christ’s Ambassadors. God was in Christ reconciling the world unto Himself. Now, He also makes His appeal through us to the world – be reconciled unto God. What a glorious assignment! 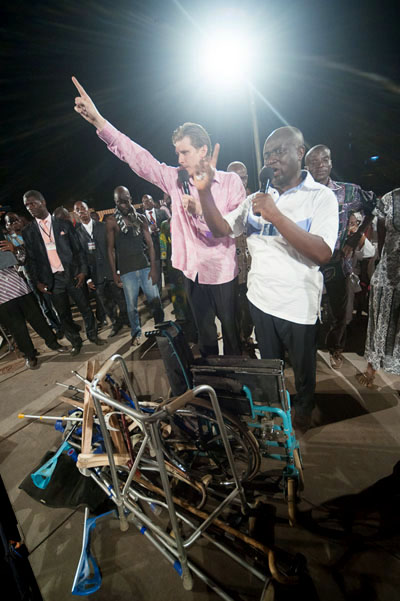 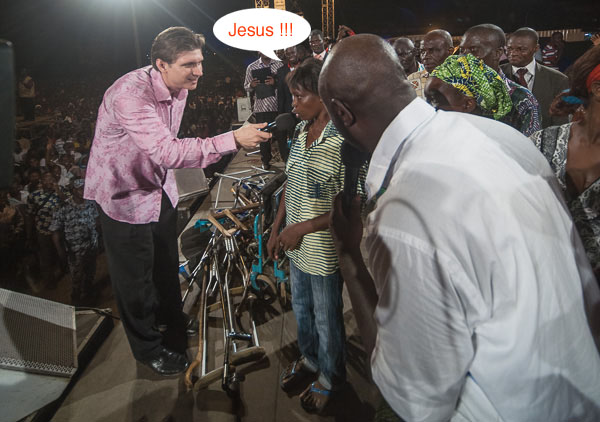 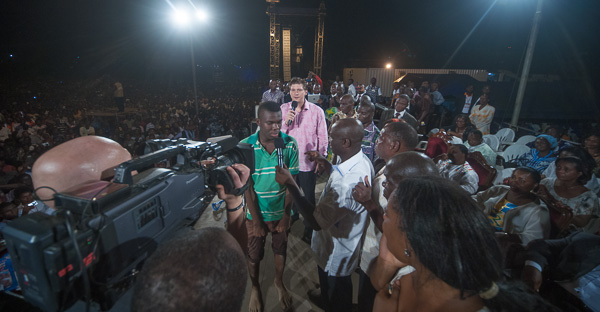 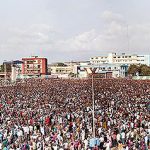 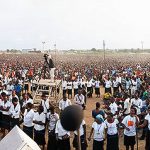