I must say…I feel invigorated. With the Crusade in Bali, Nigeria completed, we came straight to Cape Town South Africa for the South African Fire Conference and Evangelism Summit hosted by Christ for all Nations. We had a powerful weekend of ministry and also managed to squeeze in some much needed recreational time. Cape Town is “The Pearl of Africa” and our lodge sat in the shadow of Table Mountain, South Africa’s signature landmark, giving us a spectacular view of both the mountains and the bay.

On Friday the Fire Conference began. Evangelist Bonnke preached first on the Holy Spirit and then I followed. That evening Evangelist Bonnke preached one of the most phenomenal Gospel messages I have ever heard. The altars were packed and salvation was flowing like a river. He later shared with me one of his secrets to powerful Gospel preaching. He said that once he has thrown the net out (the net being the core of his message) then he concentrates on closing holes in the net. The holes are any objections to what he has preached. He is concentrating on taking away any excuses that someone might have for getting saved. With each hole that is closed, more fish are caught. I can say that it definitely works.

On Saturday, it was my turn. That evening I preached Jesus. The service (as well as Friday’s service) was broadcast live on “Radio Tygerburg”, Cape Town’s premier radio station. That night 400,000 people were listening and phones were lit up all night long. We also told all of those listening by radio that if they received Jesus, they could text message a particular number and receive a copy of the follow up literature right on their phones. The total count of such downloads was 1,579 for the two days. Salvation, healing, deliverance…this is the Gospel in action. Jesus came not just to present an alternate religious philosophy, but to “…Destroy the works of the Devil”. 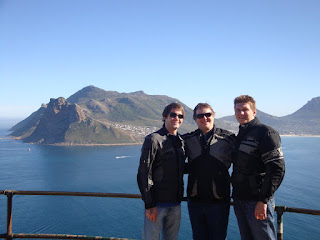 With all ministry activities completed, we had some time for recreation. We rented Harley Davidson motorcycles and took a ride down the scenic coastal roads. The scenery was undoubtedly among the most stunning I have ever seen. On our right were rugged mountain cliffs. On our left was the incredible Southern Atlantic Ocean. The winding road hugged the mountainside as we rode up to Chapman’s Peak on beautiful Hout Bay. That is where we took this picture. With the ocean hundreds of feet below us, incredible mountain peaks in the distance and cool salty water blowing through our hair…It was hard not to feel refreshed. On our way back we stopped to have breakfast at an Oceanside restaurant before heading home. 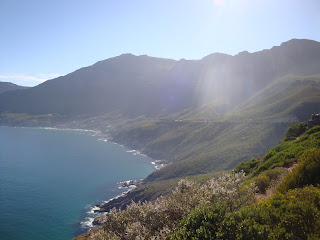 I just received an email from a young man who received Christ at the meetings…what a joy. With hundreds of thousands being saved, it is easy to forget that each one is an individual life for which Jesus died. This has been a long trip of almost 3 weeks across many thousands of miles, but it is these lives that make it all worthwhile. 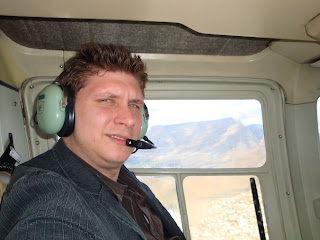 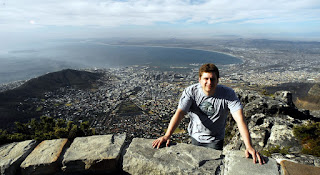