Day 2 of the Great Gospel Campaign

The crowd doubled in tonight’s meeting here in Ughelli, Nigeria.  The dynamics are extraordinary.  The word is going out that Jesus is showing up in an extraordinary way.

Tonight I preached about repentance and restitution; certainly not “feel-good” preaching.  But the people want to hear the truth and we have a responsibility before God to say it like it is.  The Lord also confirmed His Word with signs and wonders:

–          A man who suffered with severe asthma for 45 years said that, last night, he physically felt something coming out of his chest during the prayer for the sick and since then, his breathing has been perfectly normal!

–          A woman testified that she brought her daughter – a small child – to the meeting because she was dying of the same illness that took her son’s life several months ago.  But during the prayer, the daughter was suddenly healed, every symptom vanished and she is now totally well. (see the attached picture)

–          An elderly man received a double miracle: the partial blindness he had suffered with for 6 years suddenly vanished along with a severe ulcer that had plagued him for over 50 years!

These are but a small sampling of the many wonderful things that Jesus has done here already and I am sure that the best is yet to come in Jesus name! Child healed of a deadly illness! 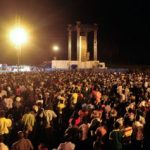 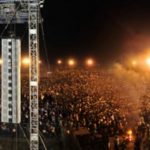