The first night of our Gospel Campaign here in Daloa, Ivory Coast has just ended. The atmosphere was electric. The devil has tried hard to keep this crusade from happening – a great indicator that we are about to witness a mighty harvest here. Despite many obstacles we have had to overcome here, something extraordinary is taking place.

On the road, en route from the last crusade site, our technicians ran into difficulties at the Ivory Coast border. They sat for six days waiting for clearance. Last Friday, they still had not been released. The border control office closed for the weekend at 5 PM and wouldn’t open again until Monday. 5:00 came, and they still had not received their paperwork. This meant that they would not arrive in Daloa on time. The crusade was in jeopardy. Ten minutes after 5:00 the paperwork arrived and although the office was technically closed, they were miraculously allowed to cross the border.

When they arrived in Daloa, there was another problem. A dispute was taking place among the family members that owned the field where our crusade was to be held. The outcome was that, despite a previous agreement, they would not allow us to the use the ground! This presented a huge challenge. Where else could we meet? All the posters, banners, TV and radio spots were advertising that location. Finally, a new field was found, but there was another problem.

The field was far from ideal. Parts of it were covered in garbage piled more than 10-feet high! Our amazing team, led by Winfried Wentland, went to work. They used three front-end loaders to fill and haul away nine trucks of garbage to the municipal dump. It took two days just to clear the field! But it was ready just in time.

Despite the many challenges, and push back we have received from all sides, when we arrived on the field tonight it was packed! Just have a look at the pictures! After I preached the Gospel and prayed for the sick, we heard wonderful testimonies.

A boy born deaf, who had never spoken or heard, began to hear! He must now learn to speak, but he responded to his Father’s voice for the first time in his life!

A woman, who had been in an accident 7 years ago and ended up trapped under the vehicle, had been crippled ever since. Tonight, Jesus healed her. She danced with me and shouted for joy! What a glorious miracle.

Another cripple, an old man who had not been able to walk for eight years, was so healed tonight that he jumped, and kicked, and danced on the platform. You could never tell that he had been crippled just minutes earlier!

Jesus is alive and well here in Daloa. This is just the beginning!

There is one more small challenge I should share with you. This morning, after our first session of the Fire Conference had concluded, we received a message from the governor that our meetings, which are apparently in close proximity to the government offices, are too loud and must be concluded by 8:00 AM going forward! That means we will start preaching tomorrow morning at 6:00 AM – before the sun has come out! This will be a new experience for us, but nothing will stop what God is doing here.

Please pray for us, for our team and for the people of Daloa as we press through every obstacle and look for a historic harvest to take place over the next few days. 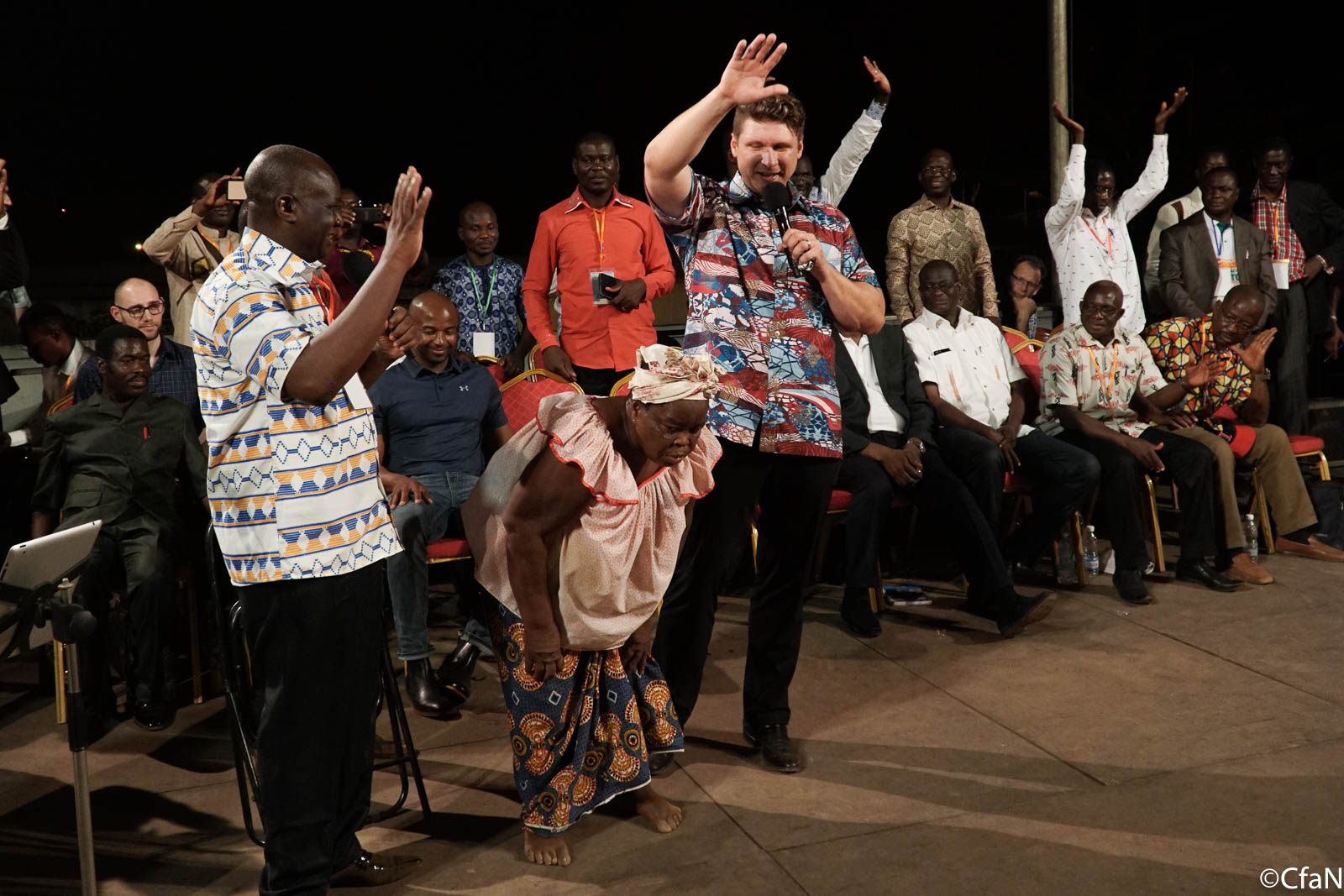 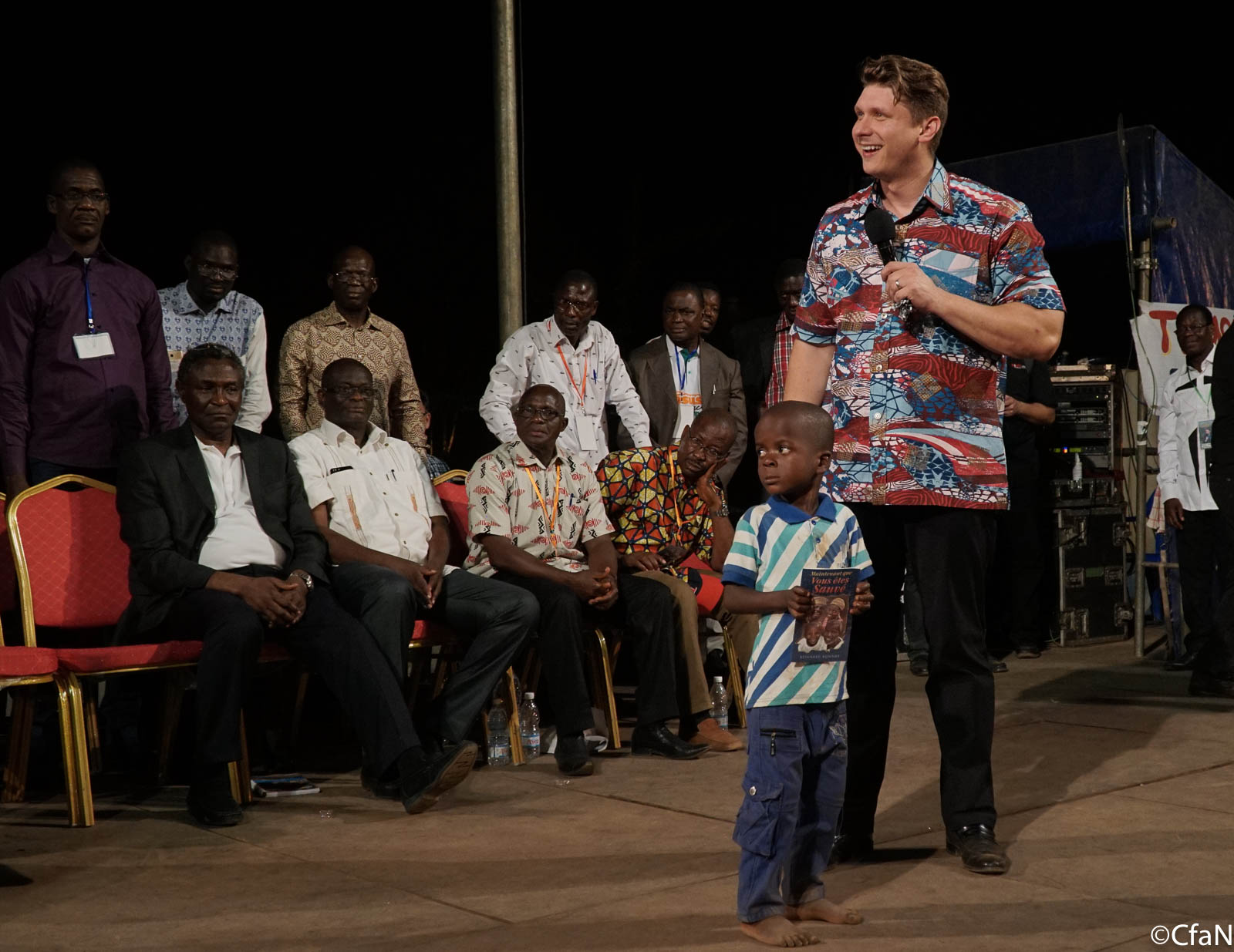 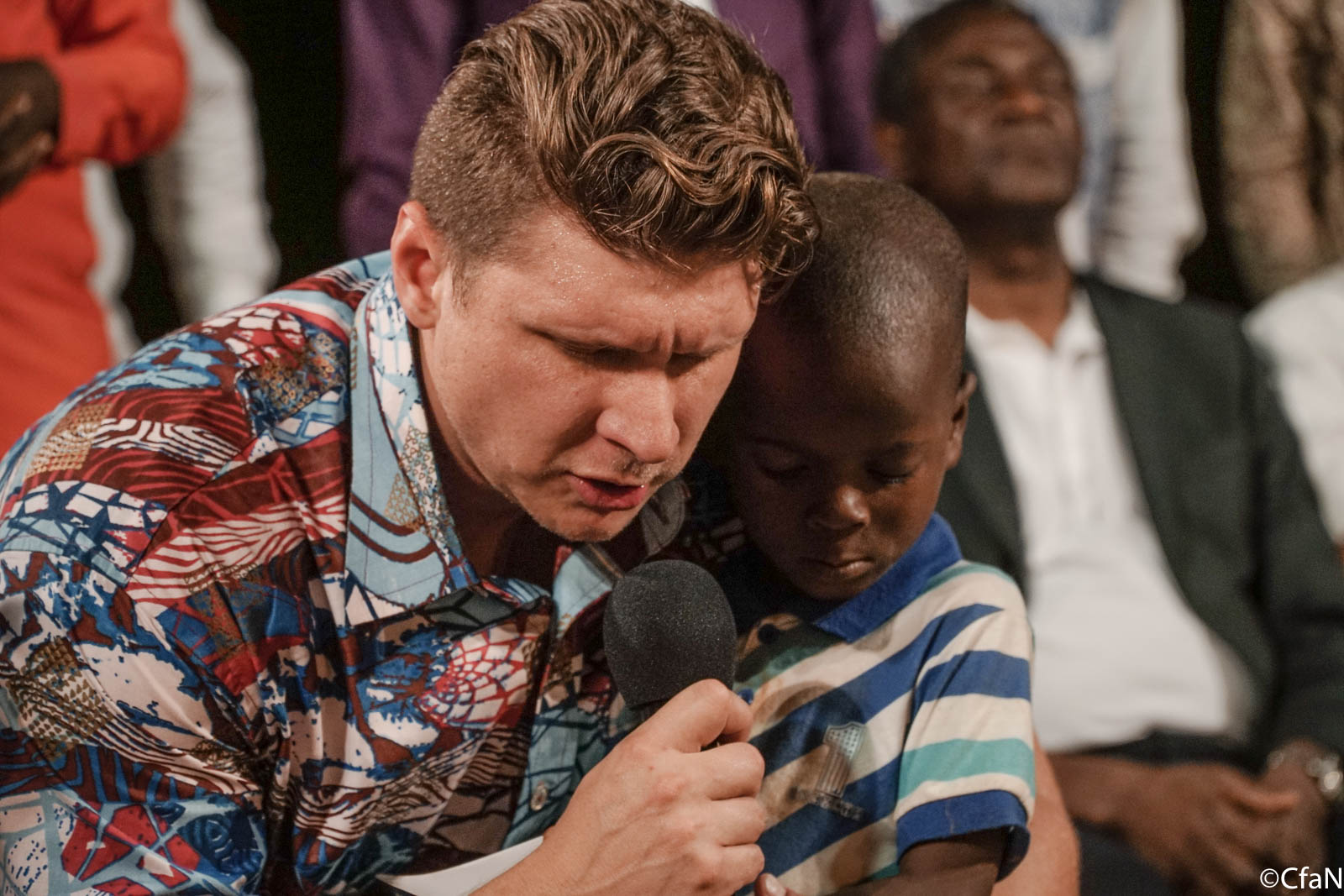 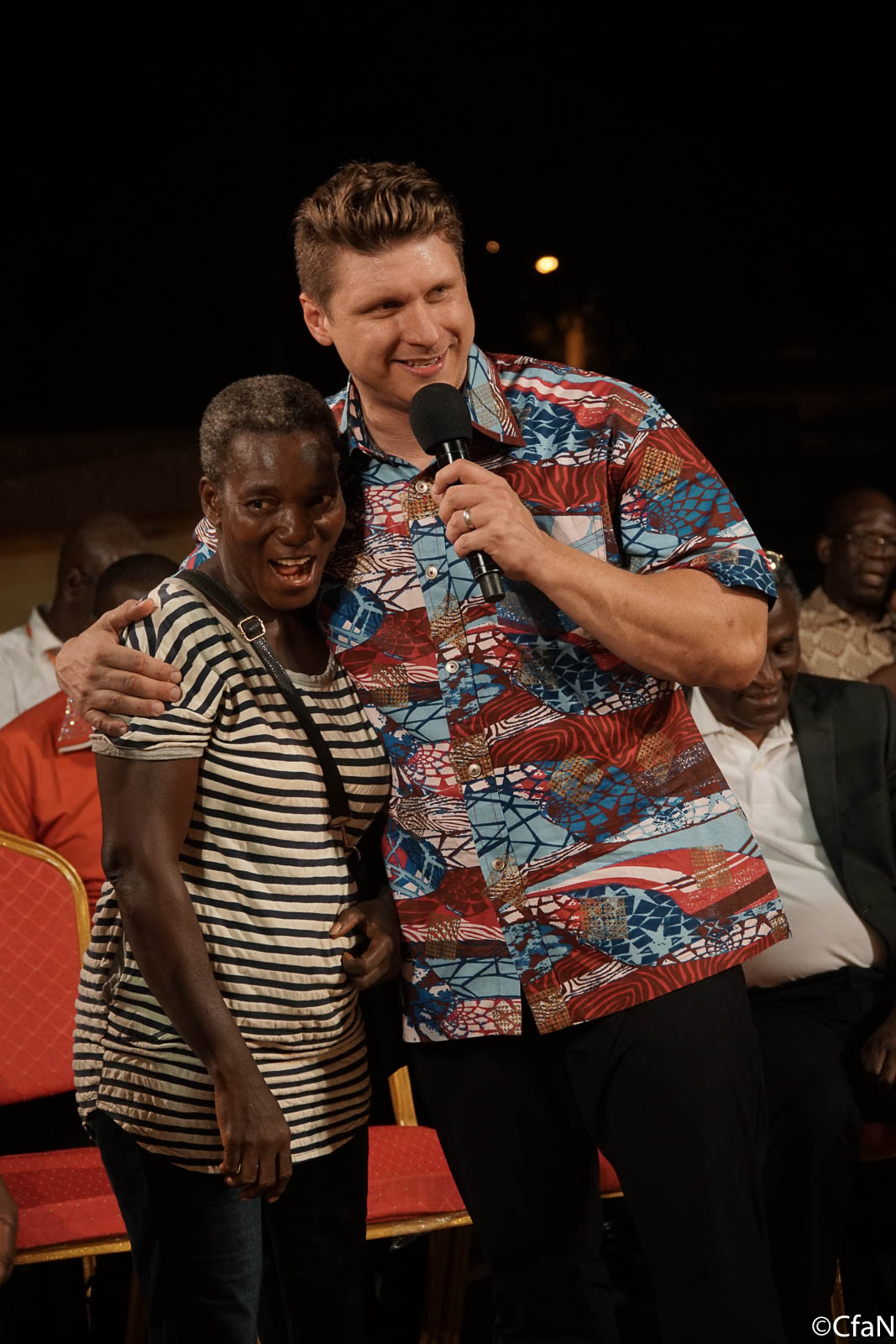 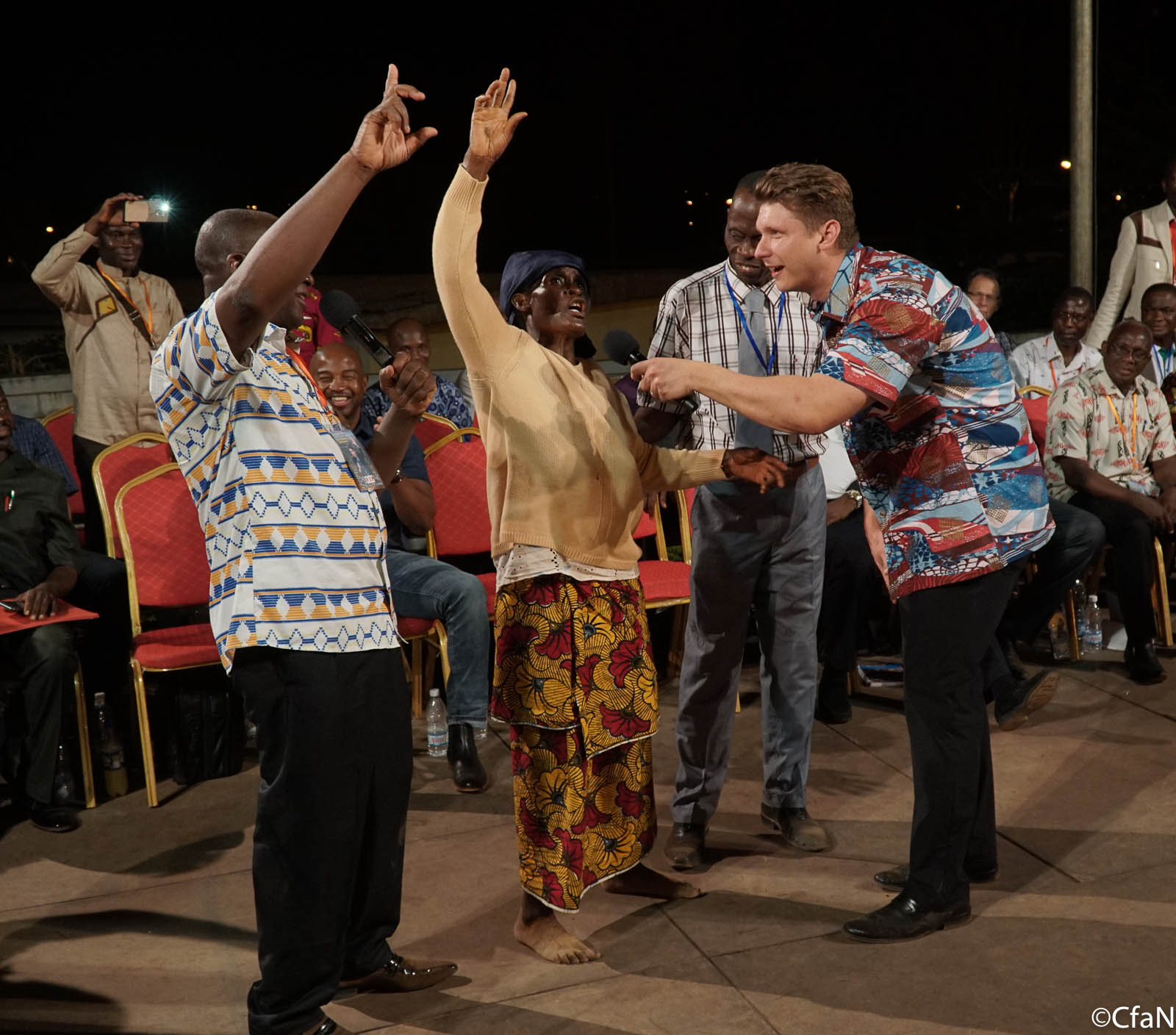 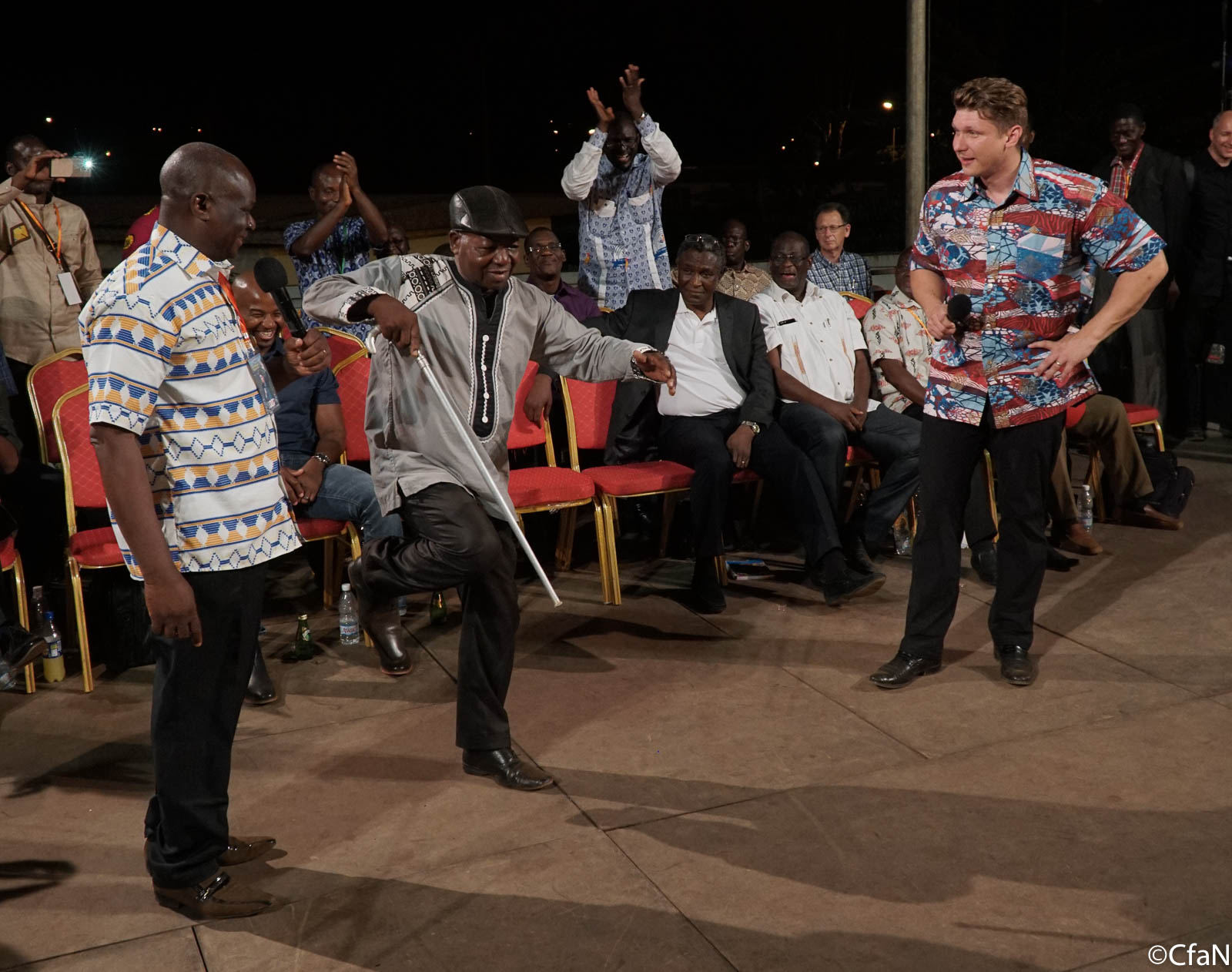 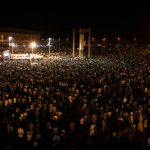 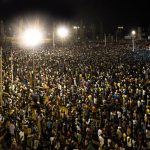