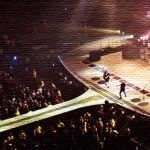 What is greater…Evangelism or Worship?Articles, Devotional, Posted from Singapore, Teachings 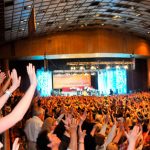