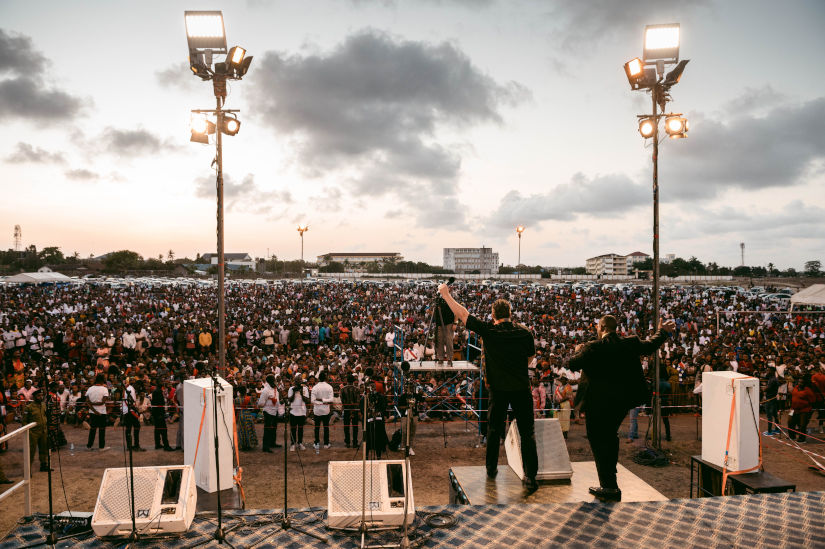 Once again, a new high-water mark has been made! Tonight, we concluded the fifth night of Operation Decapolis – six crusades in six areas lasting five nights each (thirty nights of crusades) – all in one week! In addition, we conducted two weeks of “Gospel Invasion” leading up to the crusades, where Bootcamp graduates conducted hundreds of outreaches in the area. In all, we documented 210,553 decisions for Christ here in Dar es Salaam! Hallelujah!!

The word “Decapolis” means “ten cities” in Greek (“deka” = ten, “poleis” = cities). In the time of Christ, “Decapolis” was a specific (mostly gentile) region in which Jesus performed some of his great miracles. We have appropriated this word because it perfectly describes a vision the Lord has given us of exponential increase (from one crusade per week to TEN)!

Last year we made our first attempt at this multi-crusade strategy. In the middle of our preparations, the COVID pandemic brought the world to a standstill. We intended to start with ten crusades right away, but because of the huge difficulties in the world at the time, at the last minute, we had to quickly shift feet to a completely different country, recruit and train a completely new team and reduce the number of crusades from ten to five (three crusades in week one, two crusades in week two). Then, in June of this year, we had our second attempt, where we successfully conducted five crusades in five cities in one week. This time, as already mentioned, we’ve scaled up to six crusades in one week. Next time we will conduct ten crusades in ten cities over two weeks (five in week one and five in week two). The next step will be conducting all ten in one week. Then we will scale up as much as possible, conducting multiple Decapolis Campaigns per year!

Soon we will be conducting 20, 30, and 40 crusades (and more) per year! It is a process, but with each attempt, we are making huge leaps forward – even in the midst of great turmoil in the world. Not only so, but the growth is also solid. It’s not just quantity – it’s quality. Converts are being ushered into local churches, believers are being trained in evangelism, and unparalleled unity between the churches is being forged. I am so proud of this team and so thankful for their enthusiasm, faithfulness, and commitment to the vision! 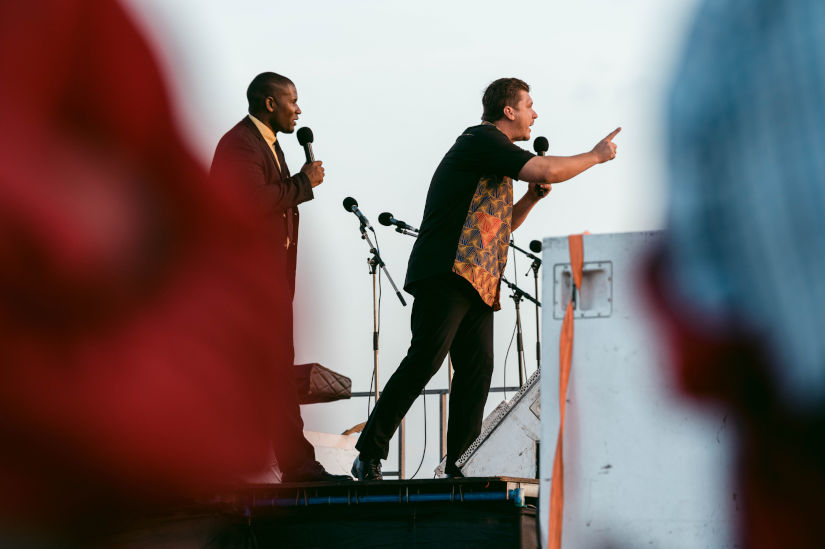 Last night I preached in the area of Dar es Salaam known as Kawe. The crowd was boiling over with enthusiasm. The two evangelists stationed here are two of the finest. Evangelist Levi Lutz (the Director of the CfaN Bootcamp) and Evangelist Macoby Donaldson (the Director of the CfaN Evangelism Alliance) are working in tandem here. They have seen so many amazing miracles, and the Holy Spirit has been poured out here night after night. I felt that my contribution was quite small, but there is no question that Jesus has shaken this region. 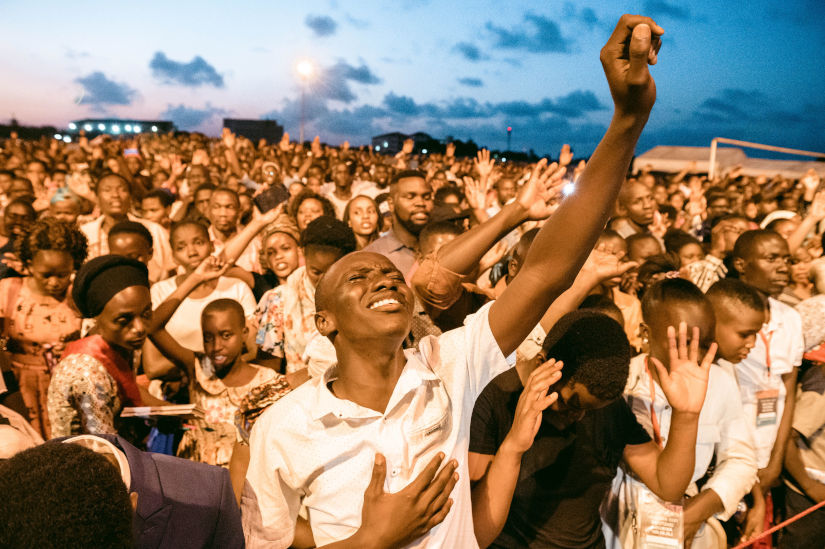 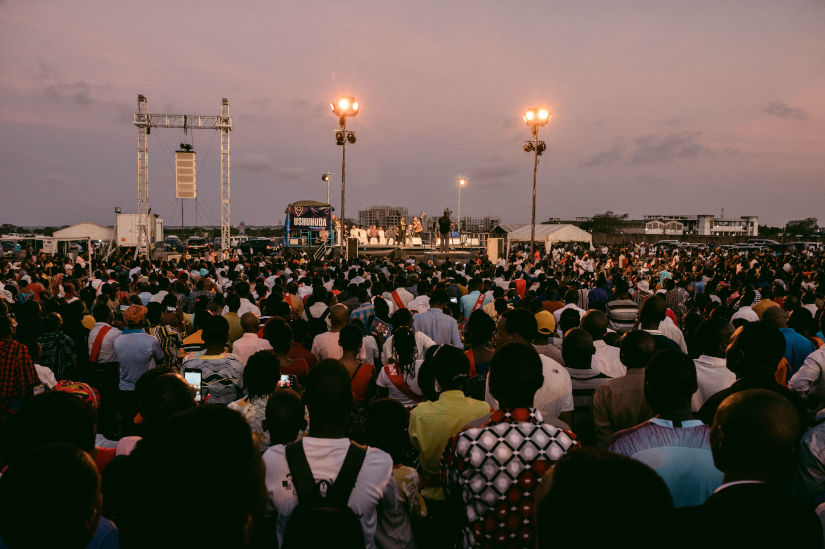 I also had the privilege of live streaming to our local congregation in Orlando (Nations Church) from the platform here in Kawe. A large percentage of the team members here on the ground in Dar es Salaam are actually members of Nations Church (including Evangelists Lutz and Donaldson). The families of these team members were obviously in the service this morning (as mine was) and got to see what their loved ones are busy with on the other side of the world. How wonderful! This is a dream come true.

After I preached the Gospel, Evangelist Donaldson prayed for the sick, and many amazing miracles happened. Several cripples were healed. A man, deaf for fifteen years, was healed. Paralytics were healed, and many others! 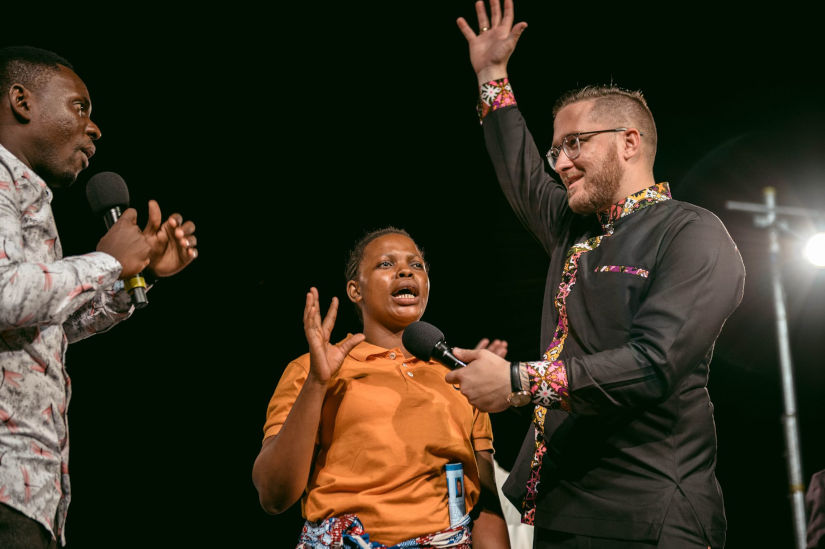 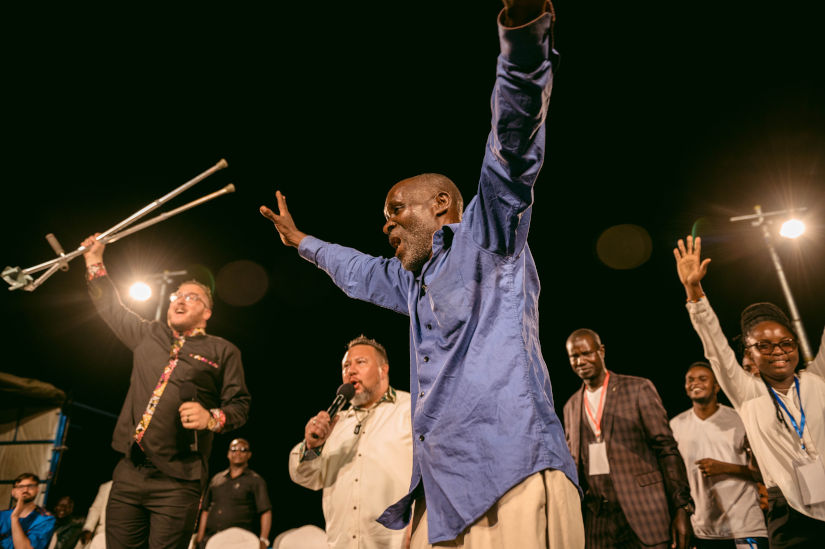 I am now preparing to travel to Dubai, where I will be meeting with Evangelists and other leaders from around the world for the next few days. I co-chair an alliance (that we founded) under the banner of Empower21, called The Global Evangelism Alliance. We are bringing ministries together for world evangelism. It’s all about Jesus and all for souls. Please continue to pray for us. We are on the front lines. We are pressing forward, and the Devil is not happy about it.

Thank you for praying for us. 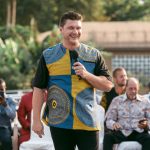