You might think that to be an evangelist is a boring job. Preaching the Gospel over and over would seem to be a mundane assignment. But I have discovered that the more I preach it, the more I see it, and the more addicted I become to its beauty. It is the love story of all love stories. It is a story that has captured the human heart for 2,000 years in an unprecedented way.

Napoleon said, “…Alexander, Caesar, Charlemagne and I myself have founded great empires; but upon what did these creations of our genius depend?  Upon force.  Jesus alone founded His empire upon love, and to this very day millions will die for Him….Across a chasm of eighteen hundred years, Jesus Christ makes a demand which is beyond all others to satisfy; He asks for that which a philosopher may seek in vain at the hands of his friends, or a father of his children, or a bride of her spouse, or a man of his brother.  He asks for the human heart; He will have it entirely to Himself.  He demands it unconditionally; and forthwith His demand is granted.  Wonderful!  In defiance of time and space, the soul of man, with all its powers and faculties, becomes an annexation to the empire of Christ.  All who sincerely believe in Him, experience that remarkable, supernatural love toward Him.  This phenomenon is accountable; it is altogether beyond the scope of man’s creative powers.  Time, the great destroyer, is powerless to extinguish this sacred flame; time can neither exhaust its strength nor put a limit to its range.  This is it, which strikes me most; I have often thought of it.  This is which proves to me quite convincingly the Divinity of Jesus Christ”.

Fredrick Lehman wrote, “Could we with ink the ocean fill and were the skies of parchment made. Were every stalk on earth a quill and every man a scribe by trade, to paint the love of God above, would drain the oceans dry, nor could the scroll contain the whole through stretched from sky to sky.” It is this love that makes the Gospel so irresistible. I don’t understand why anyone would not want it!

I met a young Indian man at one crusade who had been born into a Hindu family, but had become a Christian in the face of great opposition. He told me that the Hindu gods would take from those who worshipped them, but he decided to become a Christian when he realized that Jesus had come to give. What a difference! Other religions and their gods take. Our God, loved us so much that he gave. Jesus…the tangible expression of God’s love; this thought moves me. “Were the whole realm of nature mine, That were a present far too small. Love so amazing, so Divine demands my soul, my life, my all.” (Sir Issac Watts) 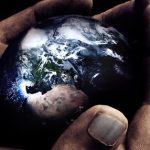 God So Loved the World that He Gave (Part 3)Articles, Devotional, Teachings 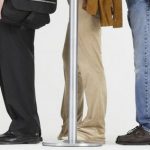 What Are You Waiting For?Articles, Devotional, Teachings