The biography of D.L. Moody tells of how his life was changed by a revelation of the Love of God. He had invited a young “beardless” preacher come and preach in Chicago. He lacked confidence in the young man’s preaching skill, and since he was going out of town, he told the officers of his church, “There is a man coming here Thursday and Friday who wants to preach. I don’t know whether he can or not. You had better let him try and I will be back on Saturday.” When he returned home, he asked his wife, “How is that young Irishman coming along? How do the people like him?”

“Yes, very much. He has preached two sermons from John 3:16 ‘For God so loved the world that He gave His only begotten Son, that whosoever believeth in Him should not perish, but have
everlasting life,’ and I think you will like him, although he preaches a little different from what you do.”

In spite of his disagreement with that young preacher’s views, he went that night to the church to hear Mr. Moorhouse.

“‘My friends’ began Moorehouse, ‘if you will turn to the third chapter of John and the sixteenth verse, you will find my text.’” For seven nights in a row Moorehouse preached out of the same text. Finally on the seventh night he stood again in the same pulpit and said, “My friends for a whole week I have been trying to tell you how much God loves you, but I cannot do it with this poor stammering tongue. If I could borrow Jacob’s ladder and climb up ito heaven, and ask Gabriel, who stands in the presence of the Almighty, if he could tell me how much love the Father has for the world, all he could say would be: ‘God so loved the world that He gave His only begotten Son, that whosoever believeth in Him should not perish, but have everlasting life.’”

God So Loved the World that He Gave (Part 2)Articles, Devotional, Teachings 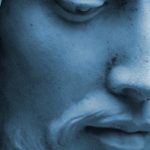 God So Loved the World that He Gave (Part 4)Articles, Devotional, Teachings