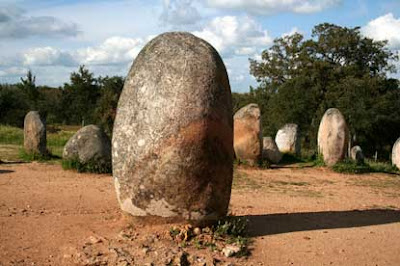 There is something about the lyrics of the classic hymns that seems to strike my heart in a way that most modern songs don’t. Here is a verse of one of my favorites, “Come Thou Fount”:

Here I raise mine Ebenezer
Hither by thy help I’m come
And I hope, by thy good pleasure
Safely to arrive at home
Jesus sought me when a stranger
Wandering from the fold of God
He, to rescue me from danger
Interposed his precious blood

The first stanza say’s, “Here I raise mine Ebenezer; hither by thy help I come.” If you are anything like me, when you see the word Ebenezer, your mind immediately goes to a famous Charles Dickens novel and you feel like saying, “bah, humbug”. But the word Ebenezer actually comes from a Hebrew word meaning, “Stone of Help” and is found in the Old Testament.

We read about Ebenezer in a story found in First Samuel. Because of the sin of Eli’s house and of the nation, Israel had been defeated and subdued by the Philistines. After about twenty years they came to a place where the pain of staying the same was greater then the pain of change. Samuel told the children of Israel, to repent and turn from their idolatry, which they did, and God caused them to win a decisive battle against the Philistines that brought peace to Israel all of Samuels days. After that great victory, I Samuel 7:12 says;

“Then Samuel took a stone, and set it between Mizpeh and Shen, and called the name of it Ebenezer, saying, Hitherto hath the LORD helped us.”

Ebenezer was located near Aphek, which is in close proximity to Shiloh where the tabernacle was. For generations to come, as 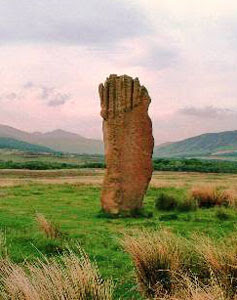 Israelites would be making their regular pilgrimage to Shiloah, they would walk past this giant stone and remember that in that very spot, the Lord helped them. It served as a timeless memorial of what the Lord had done for them. Hitherto, hath the Lord helped us.

I remember earlier this year we were preparing to go to India for a crusade. I had just returned from a crusade in Pakistan when I got an email from our crusade director in India saying that he desperately needed a large sum of money within a week. I checked the bank account and there was only a small fraction of what we needed. I had no way in the natural to provide the money, but I replied to him and said. “you will have it”. I knew that we needed a miracle, so I started sending money to other evangelistic ministries. (If what you have in your hand will not meet your need, It can’t be your harvest, it must be your seed). I went to the mailbox every day looking for a big donation…but it never came. There were some pastors who had promised to help us, but they never called. It came down to the day before the money was due. It was late in the afternoon and still no money had come. Suddenly my phone rang. It was someone who felt led to donate some money. A few minutes later it rang again…another donation. By the end of the day, through several individuals, every penny had come in. It came from people that I never expected it to come from and right in the nick of time.

Now, whenever I look at the pictures of that crusade in Madurai, India, they are an Ebenezer to me. When I see the picture of the little deaf girl that was instantly healed and whose Hindu parents received Christ as a result of that miracle, I say hitherto hath the Lord helped us. I remember His faithfulness. I remember His provision. I remember His goodness. These memories are a rock for my faith. 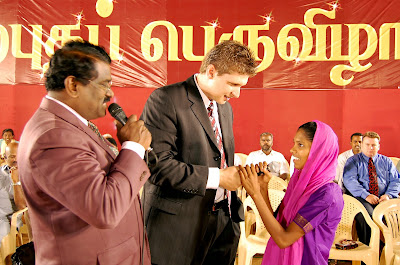 These things are Ebenezers in your life. Turn these stones of remembrance into an altar and worship God for His goodness and let them remind you to trust Him in the year to come. Thus far He has helped you, and He will continue to help you. Goodness and mercy will follow you all the days of your life… He who began a good work in you will be faithful to complete it. Perhaps you are facing a year of unknowns and perhaps anxiety is trying to attach itself to your heart. Just point to those Ebenezers and remember that He has always been faithful to you and the challenges of 2008 will turn out to be nothing more than a whole new set of Ebenezers in your life. The Rock of Ages is your Stone of Help. Have a blessed New Year!