Verse 3 says that the life of Jesus was the light of men. In John’s day, he could not have imagined how accurate that statement would be. The life of Jesus is truly the light of humanity. He stands like a sparkling diamond among the dark coals of human history. His life has brought light to an otherwise bleak and hopeless world. If you could view the timeline of human existence all at once there would be one spot that shines as bright as the eastern star. That light would be the life of Jesus.

His existence split time in two. Those before Him looked ahead in anticipation of His coming and those after Him have all looked back to Him in reverent awe…His Life is the light of men. His coming changed the world. Because of Jesus we can point to an innumerable host of improvements that have come to the world. For example, health care and care for the mentally ill came about as a result of the influence of Christ. In fact, the council at Nicea in 325 directed bishops to found hospitals in every city with a cathedral. In 369 the first of these was built in Caesarea. In a couple of generations these hospitals had spread to the far flung corners of the world. “Christian hospitals were the world’s first voluntary charitable institutions”. Similar examples can be sited to prove that from the teachings of Jesus, women’s rights were granted, democracy was established, care for the poor and need was initiated, racism was restrained and slaves were freed. His influence has also impacted philosophy, science, literature, history and nearly every imaginable aspect of the world. His life was the light of men

Billy Sunday once said, “When the bright cloud hid Him from the gaze of those who loved Him with a devotion that took them to martyrdom, the only record of His sayings was graven upon their hearts, but now libraries are devoted to the consideration of them. No words were ever so weighty or so weighed as those of Him who was so poor that He had no where to lay His head. The scholarship of the world has sat at His feet with bared head, and has been compelled to say again and again, “Never man spake as He spake.” His utterances have been translated into every known tongue, and have carried healing on their wings wherever they have gone. No other book has ever had a tithe of the circulation of that which contains His words, and not only that, but His thoughts and the story of His life are so interwoven in all literature that if a man should never read a line in the Bible, and yet be a reader at all he could not remain ignorant of the Christ.”

The life of Jesus is the light of men. No one described the brightness of his life better than S.M. Lockridge in his famous sermon “That’s My King”…the audio portion of the video below is an excerpt from that message.

From the natural understanding alone, what a shame it was when the life of the shining star of the human race was senselessly and mercilessly killed on a cross. But the light of Jesus did not go out on that dark day 2000 years ago at Calvary. The light of men is still shining because today He lives in millions of lives. In Mat 5:14, Jesus said to His followers; “You are the light of the world”. We are His hands, we are His feet and we are His light to a dark and hopeless world. There is hope for the human race because the light of Jesus shines in our lives.

This holiday season, let your light shine. Be a blessing to someone and cause them to glorify God.
From the staff, board and partners of CTE…have a very Merry Christmas. We love you. 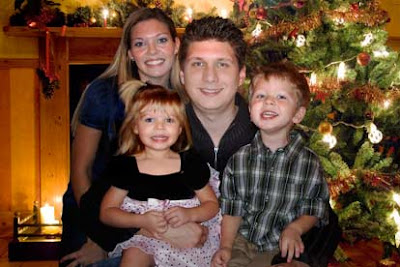