Yesterday I talked about taking the first step towards the call of God on your life.  But for many people this first step is the most difficult because they are not sure about “God’s timing”.  They are afraid of “getting ahead of God” and they are constantly “waiting on the Lord”.   These are noble notions in and of themselves, but unfortunately for many Christians, they are also often used as convenient excuses.

In Luke 9:59, Jesus called to one man saying, “follow me”.  This man would have liked to follow Jesus, but said, “First let me go and bury my father.”  Jesus reply was blunt, “Let the dead bury their dead, but you go and preach the Kingdom of God.”

I must be honest; for a long time I felt that this response of Jesus was uncalled for.  I didn’t understand why Jesus couldn’t have let this poor young man attend his father’s funeral.  It wouldn’t have taken long.  One day as I read this passage I asked the Lord about it.  “Why were you so cruel to this young man?  Why wouldn’t you let him bury his dead father?” I asked.  It was then that I heard the Lord speak to my heart so clearly, “What makes you think that his father was dead? He asked in reply.  Suddenly I saw what I had been missing.  The scripture doesn’t say that the father was dead…it only says that this man wanted to wait until the father had been buried before answering the call.  Maybe his father was old or sick.  Whatever the case, he felt like there would be a more convenient time to follow Jesus then the present.

There will always be a “more convenient time” to answer the call of God then the present, but that more convenient time will never come.  Jesus called Simon and Andrew they were busy with their lucrative fishing business.  But when Jesus called them “Immediately they forsook their nets and followed him” (Mark 1:18).  This is the only appropriate response to God’s call.  Drop everything, forsake all and follow Him. 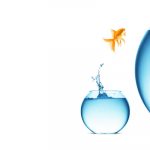