Another mighty harvest of souls has just come in. The crowd grew again to 220,000 and the atmosphere was electric. We are all basking in the afterglow of what God has done right before our very eyes. Tonight I told the people, “Righteousness exalts a nation…” The hand of the Lord will lift up any nation, tribe or people that will repent and turn to Him. This happened tonight in epic fashion. The Lord not only saved but also healed multitudes of people.

Tonight we heard many incredible testimonies from deaf people that were healed…including children. A couple of them were deaf since birth – one for the last 11 years. Tonight their ears popped open, and they were instantly healed. 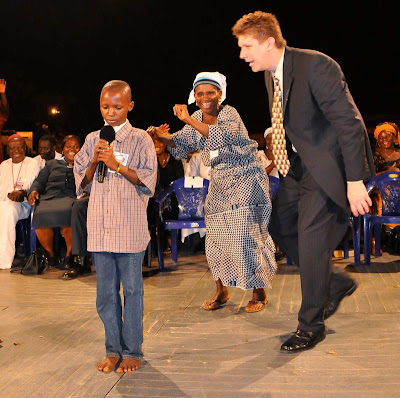 One young man who was suffering with HIV AIDS for the last 4 years, told me the incredible story of his healing. He had come to the Fire Conference this morning and after Rev. Peter Vandenburg preached, he felt faith rise in his heart. Without a single hand being laid on him he received his healing by faith and went to the doctor for a blood test. He brought the report to me tonight…HIV NEGATIVE! 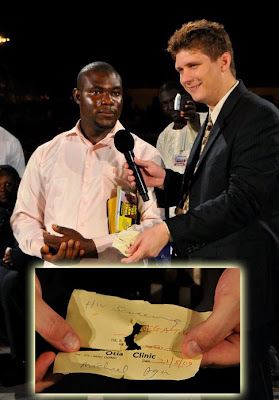 Pictures by Oleksandr Volyk: Part of the crowd from behind the platform, the man healed of AIDS with his blood test report, and a little boy who was deaf from birth