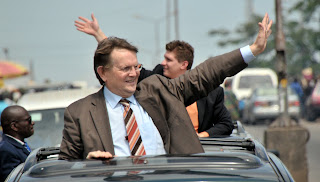 Our Arrival into Ibadan was glorious. Thousands of people ran out to welcome us as we drove into town. Our first stop was at the Governors palace. He is a Christian and welcomed us heartily. He said that when Evangelist Bonnke was here 8 years ago, he was a local goverment chairman (a very low government position). But after evangelist Bonnke prayed for him he became the Governor of one of the most powerful states in Nigeria. It is truly the Lord that exalts.

From there we made a courtesy call on the King at the palace and then on to the pastor’s banquet in the evening. Again we heard over and over how the Lord had used the last crusade to bless Ibadan greatly. The arch bishop said that it had been the key to the explosion of Christianity in the region. (The election of the states first Christian governor is evidence of this) The churches are now unified, he said. The influence of the Body of Christ is significant in the region and the churches have grown and prospered. They see all of this as being linked to the last Ibadan crusade in 2001.

Courtesy call on the King at the Palace 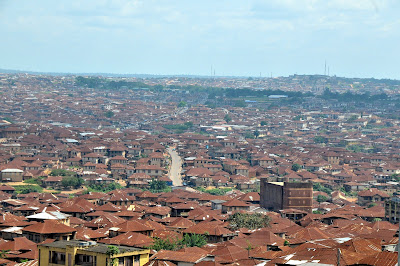 A great view of Ibadan 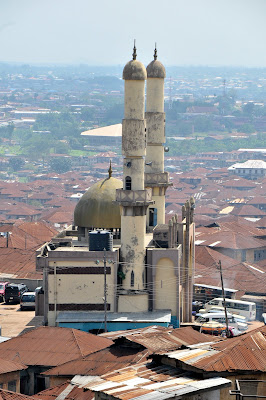 A mosque right next to our lodge