Tonight the crowd grew to more than 100,000 people here in Bujumbura, Burundi. The crowd at the front of the field was packed so tightly that it looked like no one could move. Peter van den Berg said there were up to 7 people per square meter! It seems that the whole city is coming to the meetings. Even the Fire Conferences (that take place each morning), have been attended by high ranking government officials, including the First Lady, the Vice President of the Senate, the Vice Speaker of the House, the wife of the second Vice President, Senators, M.P.s, Generals, Cabinet members, and many others. The Lord has truly given us a platform to speak to the nation.

Before the meeting tonight, the sky was dark, and ominous clouds hovered over the field. We heard thunder, saw lightning, and felt drops of rain. It seemed very likely that we could get rained out. But we prayed (as I’m sure many of you were praying), and the clouds blew over. Not one drop of rain fell during the meeting! Praise the Lord! I asked one of my apprentices, Mica-El Mumba, to share with the people. He did an excellent job. Then I preached about the blood of Jesus, we broke all curses, and then I prayed for the sick in Jesus name.

The greatest miracle was the tens of thousands of people who were born again. This is the reason we have come to Burundi! And it is what will make the eternal difference!

Tomorrow morning, the final meeting of the Fire Conference will take place. Please pray for a mighty outpouring of the Holy Spirit that will spark a revival in this nation. 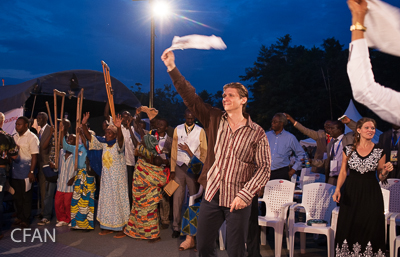 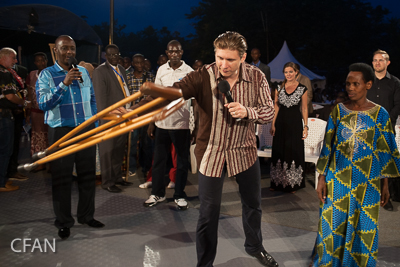 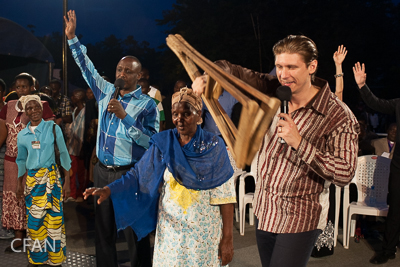 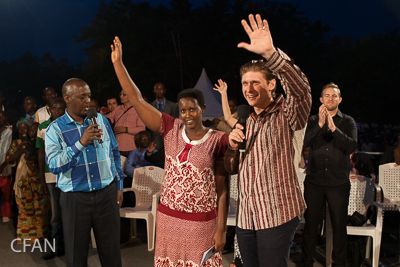 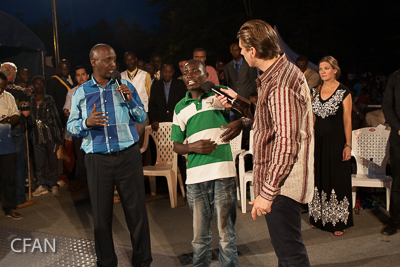 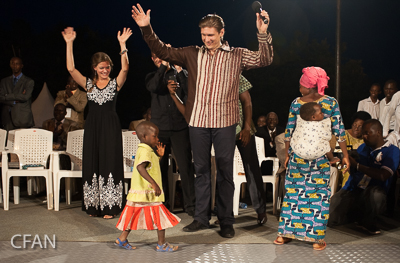 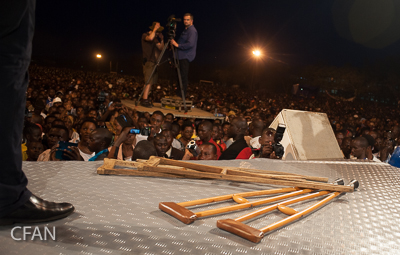 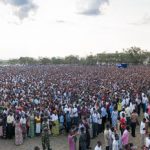 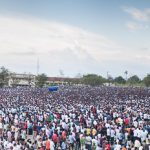