By Daniel Kolenda
Posted August 10, 2009
In Articles, Devotional, posted from Port Charlotte Florida, Teachings
You Will Become What You Behold2009-08-102010-02-02https://danielkolenda.com/wp-content/uploads/2020/03/jupiter-logo.pngDaniel Kolendahttps://danielkolenda.com/wp-content/uploads/2020/03/jupiter-logo.png200px200px
1 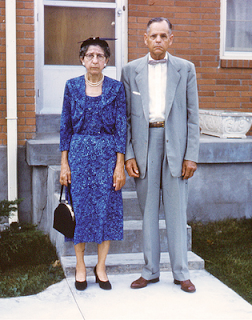 A recent article in the New York Times carried the following headline, “Long-Married Couples Do Look Alike, Study Finds”. Dr. Zajonc, a psychologist at the University of Michigan says, “…people often unconsciously mimic the facial expressions of their spouse in a silent empathy and…over the years sharing the same expressions shapes the face similarity.”

It seems that modern science is just now discovering something that Scripture has revealed for a long time; you will become like what you behold. Paul said that as we behold the glory of the Lord we are changed into His very own image from glory to glory (2 Cor. 3:18). There is an incredible, transformational power in what we set our eyes, mind and heart on, and I believe that it goes much deeper than we even realize.

I can remember as a young boy when my father taught me to mow our lawn, he told me to set my eyes on a target, straight ahead, down the yard and aim for it. Wherever I put my eyes is where I would end up going. The same thing is true when you are driving down the road. If you watch the white line on the side of the road you will tend to drift to that side. If you watch the broken yellow lines, you will gravitate toward the middle, but if you want to go straight, that’s where you should set your eyes. Wherever you look is where you will end up going. If our eyes, heart and mind are on Jesus then we will be conformed into His image, but there is a flip side to the coin…a dark side.

In Matt. 5:28 Jesus said, “… Whosoever looketh on a woman to lust after her hath committed adultery with her already in his heart.” Jesus understood this principle that where you look is where you will go. Adultery and fornication begin with lust. Murder begins with hate. Robbery begins with covetousness and greed. Wherever your heart, eyes and mind are set that is where the rest of you will end up eventually. You will become like what you behold.

The American Psychiatric Association says that by age 18, a U.S. youth will have seen 16,000 simulated murders and 200,000 acts of violence. Is it any wonder that over 1000 studies, including one by the Surgeon General as far back as 1972 have shown a connection between media violence and aggressive behavior in children? In light of this reality what do you think will be the consequences of the avalanche of images that glorify drug use, gang activity, sexual aggression, gambling, etc? People become like what they set their minds, hearts and eyes on.

In Genesis 30, Jacob devised a scheme to become wealthy. He made a deal with Laban, his father-in-law, that he would receive all of the speckled and spotted cattle, sheep and goats as payment for his shepherding services. Then, “…Jacob took fresh rods of poplar and almond and plane trees and peeled white streaks in them, exposing the white in the rods. Then he set the rods, which he had peeled in front of the flocks in the watering troughs where the flocks came to drink. And since they bred and conceived when they came to drink the flocks bred and conceived in the sight of the rods and brought forth lambs and kids streaked, specked and spotted.” Exactly how it happened is a mystery, but what we do know is that what the cattle, sheep and goats conceived was determined by what was before their eyes.

The “fruit of the spirit” (listed in Galatians 5) are different from the “gifts of the spirit” in that, while gifts come from the outside, fruit comes from the inside. Gifts are given, but fruit is conceived. One thing is certain: people without character can still flow in the gifts…in fact Jesus will say to many gifted people one day, “I never knew you: depart from me, ye that work iniquity.” (Matt. 7:23) But fruit is another story. The fruit of the spirit only grows within those who are beholding the glory of the Lord and being transformed into His image from glory to glory. You will conceive what you put before your eyes. This is why the Psalmist said, “I have set the Lord always before me…” (Ps 16:8). The author of Hebrews gave this exhortation in the 12th chapter, “Looking unto Jesus, the author and finisher of our faith…” because you will conceive what is before your eyes, you will end up where you are looking and you will become like what you behold.