Today is the day we celebrate the single most significant event in the history of the world – the resurrection of Jesus Christ. Yes, His birth was miraculous. His death was monumental. But without His resurrection both would have been meaningless. In fact, without the resurrection, the crucifixion was just an execution!

If you think I am being irreverent, consider the words of Paul the Apostle in I Corinthians 15:14

“And if Christ has not been raised, our preaching is useless and so is your faith.”

He then doubles down on this position in verses 17-19

“And if Christ has not been raised, your faith is futile; you are still in your sins. Then those also who have fallen asleep in Christ are lost. If only for this life we have hope in Christ, we are of all people most to be pitied.”

This is incredibly strong and clear language. Everything hinges on the resurrection. It was God’s supernatural vindication and validation of what Jesus did for us. It means that He is who He claimed to be. It means that God accepted his substitutionary sacrifice on our behalf. It means that He was ultimately victorious over death, hell and the grave.

Lately I’ve been hearing from the atheist/agnostic/skeptic that faith may be rejected on the grounds that it is simply belief without evidence and therefore irrational. On one point I agree – unfounded belief may be quite irrational. It is on this basis that we reject an infinite number of silly notions (i.e. the flying spaghetti monster or the Easter bunny).

But I do not accept the premise that the Christian faith is unfounded. If anyone asks you to believe in something for which there is no evidence, you have every right to reject it!  The scripture does not ask you to put your faith in something without evidence.  In fact, here Paul gives us a falsifiable criterion upon which everything rises or falls. If this one point of the Christian faith is not true – you can throw the whole thing out!

Believe it or not, the resurrection of Jesus is firmly undergirded with solid historic evidence (you can read more about this here: http://www.reasonablefaith.org/the-resurrection-of-jesus). Notice that Paul doesn’t say that they were merely “believers” in the resurrection – he says they were witnesses! He says that they had “testified” to the resurrection. This is the kind of language used in a court of law when a percipient witness testifies to what they have heard and seen under oath.

I have a book in my library called, “The Life and Morals of Jesus of Nazareth” also known as the “Jefferson Bible.” It is a book put together by Thomas Jefferson. He felt that the teachings of Jesus were important, but he did not believe in the supernatural. So, using a razor and glue, he cut out of the New Testament the supernatural accounts and put together a collection of the morals and teachings of Jesus without the miracles. But there is a huge problem with this – if Jesus didn’t rise from the dead, He was a charlatan and His teachings were no more important than Gandhi, Buddha or Karl Marx.

If Jesus didn’t rise from the dead, Christianity is a bunch of ridiculous liturgical theater, rules without reality, claims without evidence and religion without power.  This unfortunate description is what the world so often thinks of us because we have presented to them an impotent “Christianity” like all other religions whose founders are rotting in their graves.

If Jesus didn’t rise from the dead then Christianity is utter nonsense. But if He did rise then shouldn’t we expect to see the evidence? The Apostle Paul says “YES!”  A church or denomination may ask us to believe without evidence, but this unreasonable request is not God’s. He has oversupplied evidence and continues to do so.

In Acts 1:8, Jesus, speaking to the disciples said, “But you will receive power when the Holy Spirit comes on you; and you will be my witnesses…” These very disciples had seen Him physically. They were perfectly capable of testifying to the historical veracity of His resurrection. But the witness of their words was not enough. It was the ongoing ministry of the Holy Spirit in His name that would forever stand as evidence that Christ had risen from the grave and ascended to the Father.

Yes – Jesus is alive and His resurrection is not only attested to by historical witness, but by present confirmation giving rise to a future hope. Every miracle that takes place today declares that Jesus is alive. Every healing, every salvation, every deliverance, every gift of the Spirit, every sign and wonder testifies that Jesus is risen from the dead. We are witnesses to this fact.

In verse 20 of I Corinthians 15 Paul says, “But Christ has indeed been raised from the dead…” Amen! Do you believe it? Then demonstrate the evidence everywhere you go! 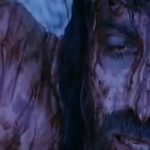 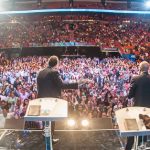