The Taiwan Miracle
Taiwan’s industrial and economical boom in the last half of the 20th century has been dubbed the “Taiwan Miracle.” Another, more enduring, miracle occurred in Taiwan, though, as the Fire of the Holy Spirit and the transformative power of the Gospel touched a nation. 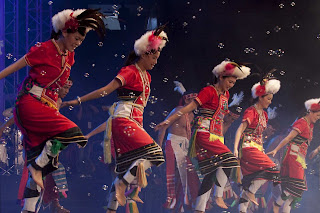 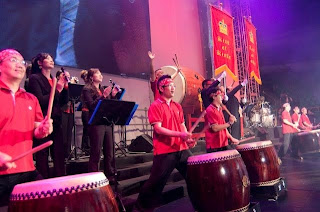 Flame Still Burns
Last year’s Christ for all Nations’ 2008 Taiwan Fire Conference was like a match to dry wood. With the team’s return to Taiwan this year, it was evident from the opening notes of worship that the flame was still burning strongly. Those present at last year’s meetings could see the difference from the start. The Taiwanese Christians were passionate in their participation and hungry for all that they could receive from the Lord. Exuberant expressions of worship and a readiness to receive the Word from Evangelists Bonnke and Kolenda signified that the Taiwanese Christians had remained aflame throughout the past year…now, ignition would not be necessary, but throwing on the oil of the Holy Spirit would intensify those flames and continue to strengthen the church in Taiwan.

Indeed, in the previous year’s meetings, delegates were encouraged through compelling messages from Evangelists Reinhard Bonnke and Daniel Kolenda to reach the lost. In this year’s Taiwan Fire Conference, they had opportunity for action. The Fire Conference for pastors and church leaders concluded Friday morning, and then turned to two evening Gospel Crusade events for the lost in which the delegates themselves were to be the primary soul-winners.

Jesus Saves Sinners to Save Sinners
Co-sponsor of the events, GOOD TV of Taiwan, had advertised the crusade meetings to secular audiences, but the primary means of bringing the lost to the crusade meetings was the Fire Conference delegates themselves. Each delegate was encouraged to reach out and bring one unsaved person that they knew to the evening crusade meetings.

The Gospel Crusade included performances from top Taiwanese musical and dance groups. Then, the clear and simple, yet forceful Gospel message was presented. The altars were filled by those responding to the call of salvation, so much so that the entire front part of the ground floor was engulfed by those seeking the life-changing, miracle-working and restorative power of Jesus. Each convert was accompanied to the altar by his or her inviting Christian friend, who would now act as counselor and disciple the new believer.

Technology Takes the Word Further
The 12,000 who gathered in the Lin Kou Stadium on the final evening were just a segment of those whom the messages would reach. Some 300 churches participated in the Fire Conference and Gospel Crusade via webcast, with around 100,000 people in their combined audience. They partook in all the activities with their groups, including communion and laying on of hands. This allowed not only more participants than stadium capacity, but also included those who may have been hindered from attending because of the costs of travel, the unavailability of leave, etc. Additionally, these webcast locations created strategic networks of discipleship that allowed people to be connected with local churches in their own cities.

Even more lives will be touched as GOOD TV rebroadcasts the events to the multiplied millions of actual and potential viewers in the surrounding countries covered by their far-reaching satellite and web network. With facility to download the ‘Now that You are Saved’ follow-up material translated into Chinese and a mechanism to send prayer requests by internet long after the actual event is over, these outreach meetings in Taiwan could be the furthest reaching Gospel Crusades in CfaN’s history. Only Heaven will know the full number of people who are touched and who respond to this extended multi-nation altar call.

The “Miracle” in Taiwan will spread throughout Asia and into the rest of the world…through any means possible – television and web broadcasts reaching millions, and individuals reaching people one at a time, by being on fire with the flame of the Holy Spirit, spreading fire wherever they go.