It’s rainy season here in Nigeria, and torrential downpours are commonplace. Holding open-air meetings in such conditions is a risky business, but we are determined to snatch a million souls out from under the nose of the Devil. Tonight, in spite of heavy afternoon thunderstorms, more than 125,000 people turned out for the very first meeting of this Great Gospel Campaign here in the city of Otukpo. It is clear that there is an insatiable hunger for the Gospel that will not be denied.

The sense of expectancy was palpable as Evangelist Reinhard Bonnke took the microphone to preach. He spoke about, “The Mirror of God”, from the book of Exodus 38:8 and explained that the Word of God is a mirror that allows us to see our uncleanness when we look into it. The message of the Gospel rang out as clear as a bell; sin and salvation, repentance and faith. The response was overwhelming and many thousands were born again into the family of God. 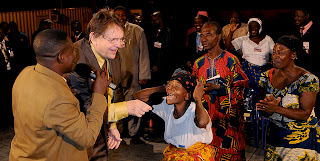 Then came the prayer for the sick. Evangelist Bonnke had hardly said, “Amen,” when the field began to erupt with praise coming from every direction. Dozens of crutches went into the air, and those who had just experienced a miracle came streaming forward.

Several people testified to being healed from blindness. One elderly lady who had been blind in both eyes for 5 years suddenly received perfect sight. She was so overjoyed she began to dance on the platform to the great delight of the crowd.

Three individuals with broken legs testified to being healed and demonstrated their ability to walk and run without their crutches.

One 13-year-old girl, a hunchback from birth, was suddenly straightened and healed.
Even as we left the grounds there was a long line of people who had been healed and were waiting to testify. We are sure that something special is happening here in Otukpo, and this is only the beginning. The best is yet to come. 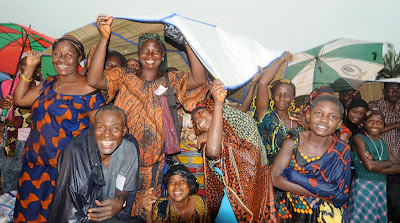 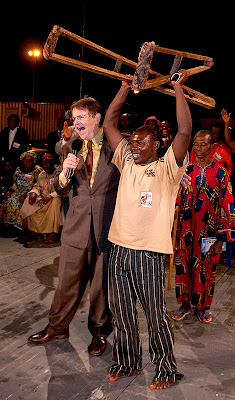 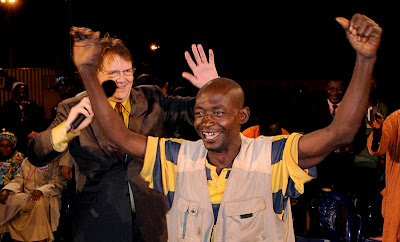