Evangelist Evelina Smane reports from the Christ for all Nations Operation Decapolis Crusade in Morogoro, Tanzania. 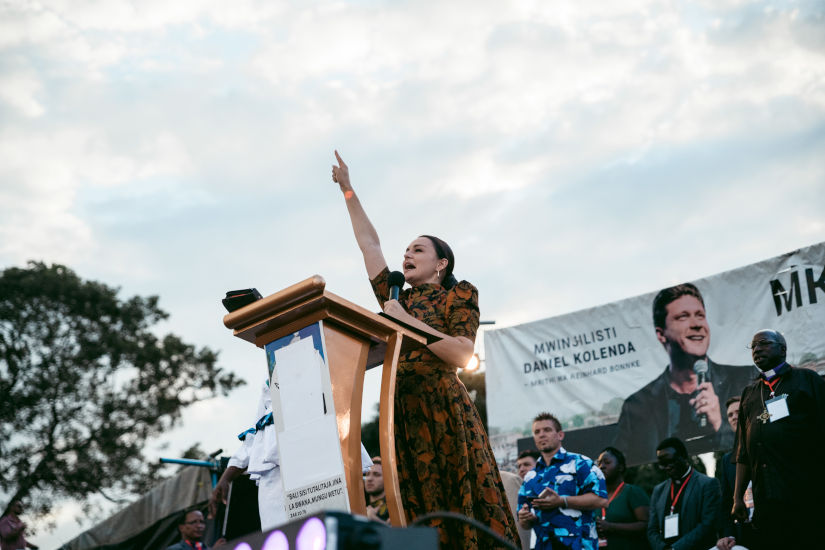 “On the first night, I preached about Zacchaeus, and how the same way Jesus found Zacchaeus in the tree, He will find the people of Morogoro— no matter where they are. Jesus took Zacchaeus by the hand, and they began to walk, hand in hand, through the streets of Jericho, the sinner, and the Savior. In the same way, I shared that Jesus would take the people of Morogoro one by one, and He will go home with them after the crusade is over.

Zacchaeus also did something very important— he made restitution. I encouraged the people of Morogoro to dream with me for a moment. The Bible says, “Righteousness exalts a nation.” I asked them to think about what would happen in Morogoro if every thief returned all of their stolen goods. I asked them to imagine what would happen if corruption ceased, if bribery ceased if people began to deal honestly with their neighbors. I told them what would happen. Tanzania would flourish in prosperity, grow, and be blessed above all the nations in the world. It is the devil that wants to destroy Tanzania, but Jesus said, “I have come that you might have life and that you might have it more abundantly!” Just as Zacchaeus decided that day, I shared with the people of Morogoro that it was their night to make a decision. 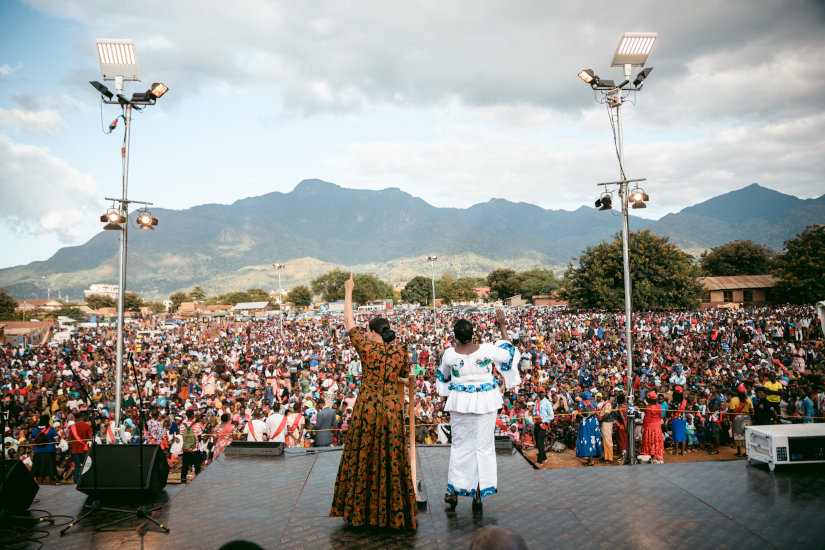 The response was incredible. I witnessed that very love of God that once snatched me from the kingdom of darkness and put me into the Kingdom of Jesus Christ, move on thousands and do the very same thing. I witnessed the power of God to heal, save and deliver people with my very own eyes! I saw the broken restored, the lame walk, and those tormented by demons set free. Here are just a few testimonies from that evening: 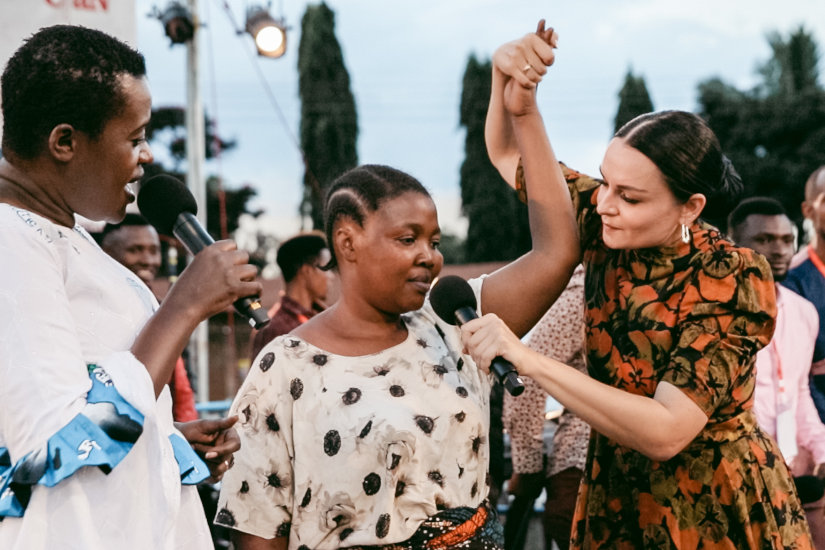 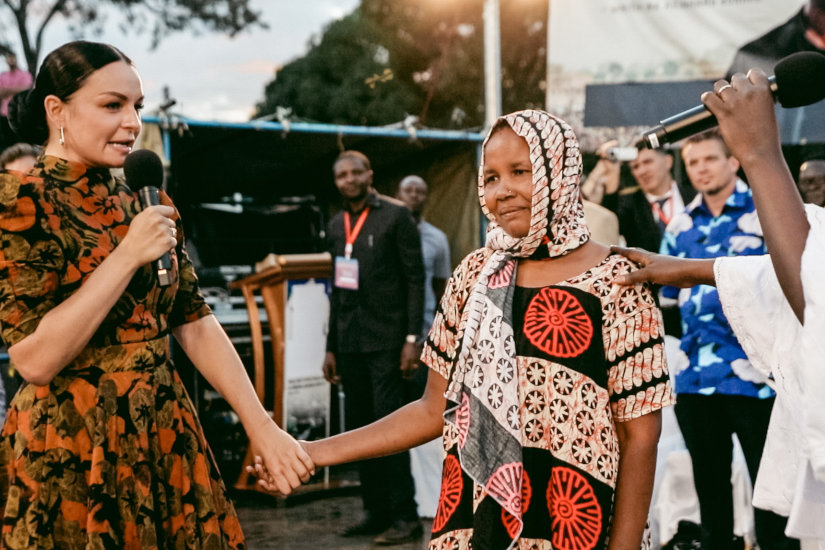 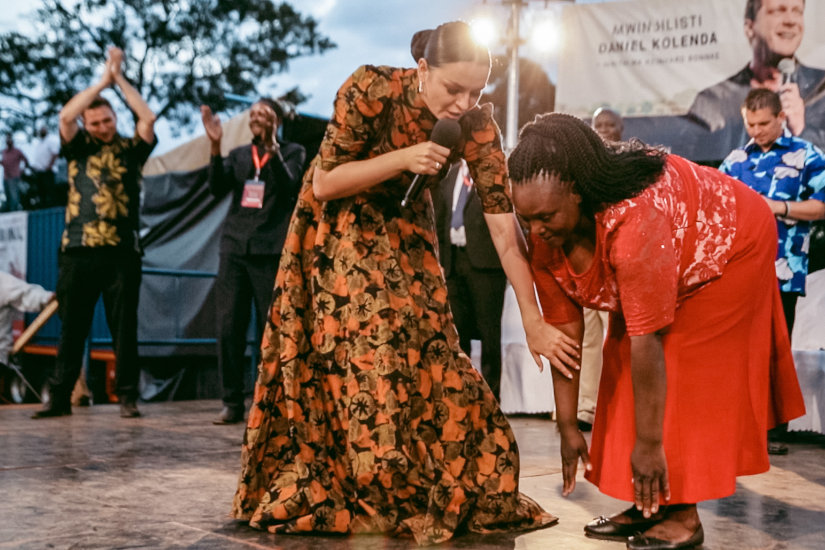 June 12th, 2021 was a personal gift from Jesus to me. Not only was I preaching that night, but it was also my 30th birthday! I asked Jesus for two very large birthday presents: salvations and baptisms in the Holy Spirit. It was the best birthday of my life. Before I started to preach, Crusade Director Lukas Repert asked the whole crowd to sing ‘Happy Birthday to me. Then the entire crowd, those beautiful people of Morogoro, prayed over me. I was overwhelmed by the love of Jesus!! 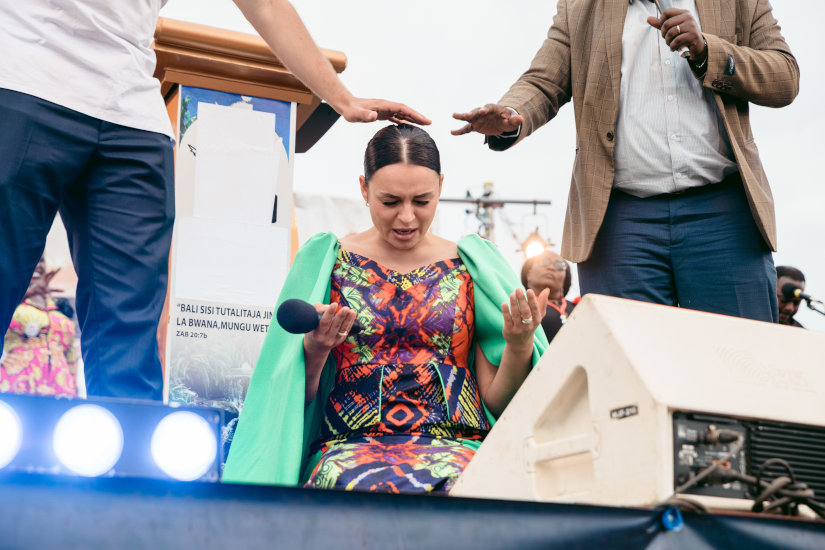 That night I spoke about the woman with the issue of blood from Mark 5:21-34.

I shared how when you hear about Jesus, your life is about to change for the better. From the moment the woman heard about Jesus’ ability to perform miracles, she focused on getting to Him. She knew Jesus was the answer to her problem.

I also shared that speaking releases faith. The woman with the issue of blood said to herself, “If I just touch his clothes, I will be healed” (Mark 5:28). This confession opened the door for her to receive her miracle. The woman had believed the reports she heard about Jesus. This belief literally created her miracle. Jesus explained, “Daughter, your faith has healed you” (Mark 5:34). Believing is the catalyst that turns God’s promises into God’s power!

The woman then took action by pushing through the crowd until she could touch the hem of Christ’s garment. Faith is never static, and it always takes action. As we prayed for healing, I encouraged the people in the crowd to do something they were not able to do before (stand, bend, move, etc.). Many were healed, and later, I even heard of a lady who came with a tumor that completely disappeared the next day!

Many more miracles happened too! 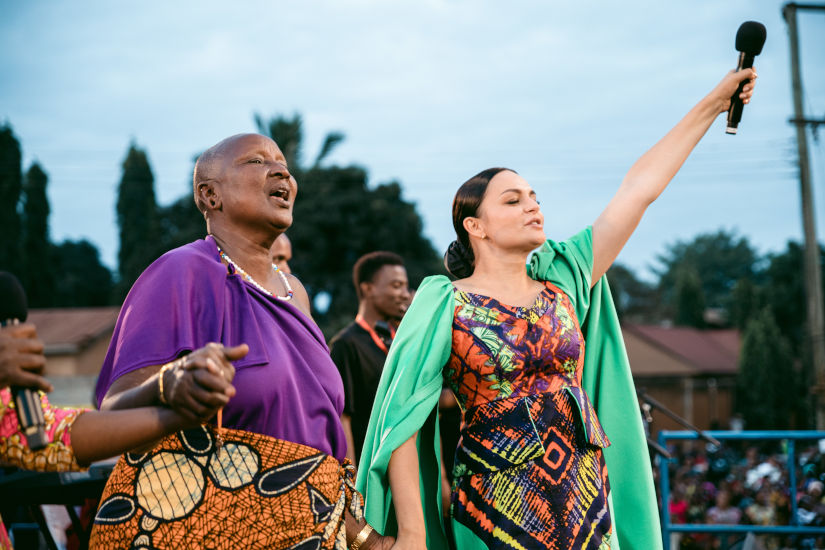 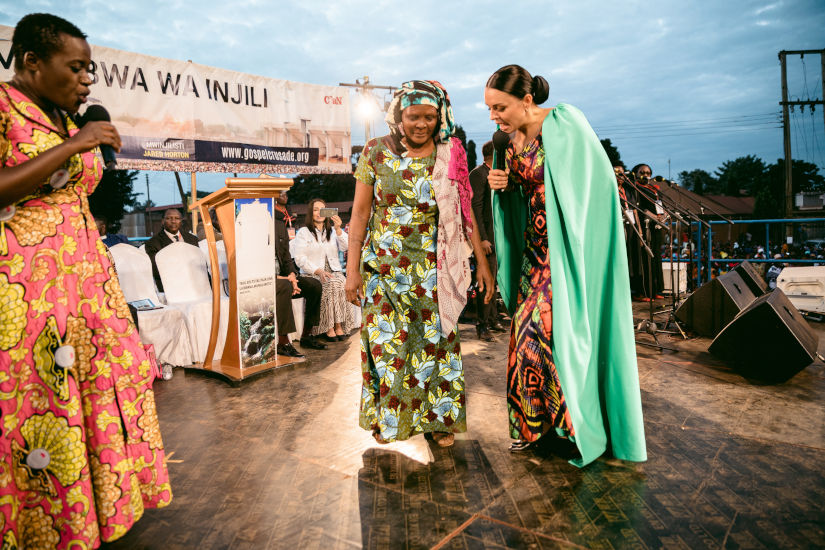 That night, I saw thousands of people commit their lives to Jesus. I saw radical salvations and baptisms in the Holy Spirit. People were responding in droves. I saw person after person being carried to the prayer tent for deliverance as soon as I started to pray for the baptism of the Holy Spirit.

I heard a story after the night had wrapped up about a witch doctor who came to the service to destroy the meeting. While I was praying for the baptism of the Holy Spirit, the fire of God came upon her, and she began to manifest demons. She was taken to the deliverance tent, screaming, “Why would the devil tell me to come here?!” In the end, she was delivered and set free by the power of the Holy Spirit. It was a glorious evening, as we ended it by burning everything pertaining to witchcraft – dancing, and singing praises to God. It was truly the best gift I could have ever asked for! 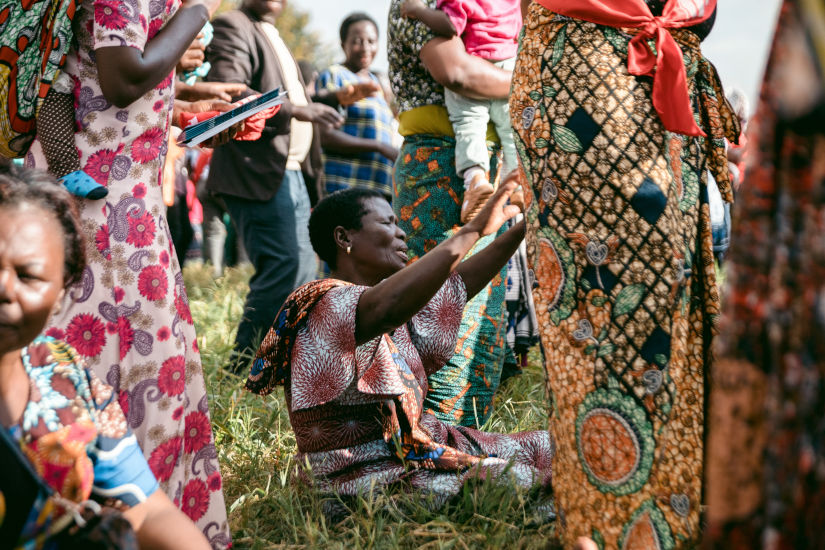 Thank you, Jesus, for this gift. Thank you, Evangelist Daniel Kolenda and the Christ for all Nations USA team for this opportunity. God’s goodness forever marks me.

With love and respect to you all,

I hope you are encouraged and blessed by reading these reports of God’s power to save and heal! Once again, these miraculous testimonies of salvation and deliverance would not be possible without your ongoing, faithful prayers and support for our Gospel crusades and the ministry of Christ for all Nations!

Only a couple more reports from the guest evangelists remain, so be on the lookout! 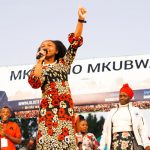 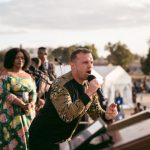