Reading crusade reports from all the evangelists who preached in Operation Decapolis is like watching the Gospels being written right in front of us! What I’ve been sharing with you from each Decapolis crusade is just a tiny portion of what we’ve seen with our own eyes.

Today, we have Evangelist Paul Maurer’s reports from the Christ for all Nations Operation Decapolis Crusade in Dodoma, Tanzania. 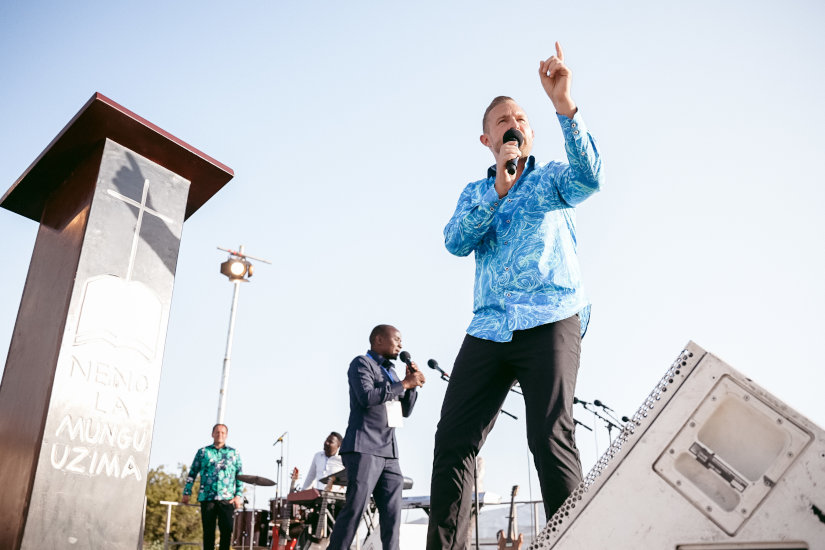 “The excitement on the crusade field in Dodoma started building up already in the afternoon, as a thousand counselors began their training. It had been a relatively cool and cloudy day but by the time the preparation was finished, the music started playing and people began to arrive on the field; the sun was out again, pushing the dark rain clouds away. It felt as if God was saying to us that He’s got this and something great is about to happen!

The meeting was officially opened by the local leaders and one of the CfaN Crusade organizers, Randy Roberts. People got up, rushed as close to the stage as possible and started dancing with local worship teams as well as the internationally known singer and worship leader, Christina Shusho, leading us into a joyful time of worship.

My message was called “The Two Doors,” based on John 10:9 when Jesus said, “I am the door. If anyone enters by me, he will be saved…” I told the people there are two doors they can go through in life: “the door of Jesus” or “the door of the devil.” One door leads to life and one door leads to death. As I was ministering, I really felt like I was connecting with the people, and they were truly listening. 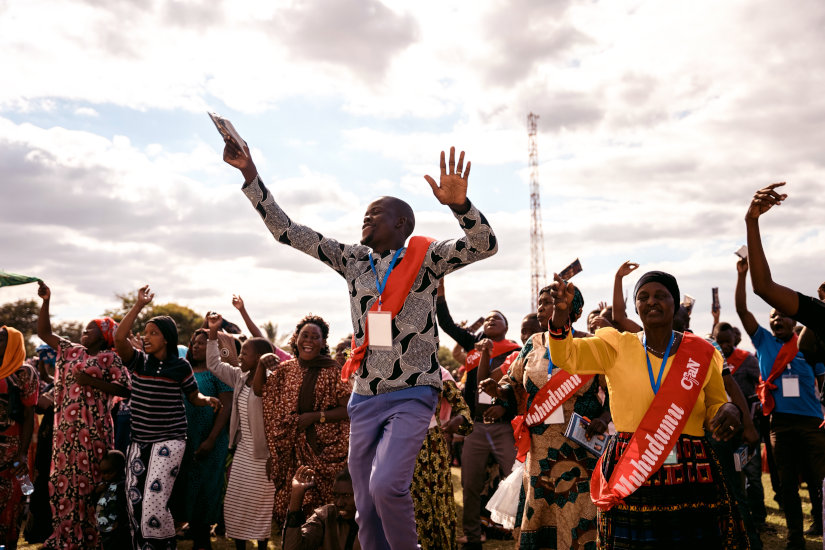 When the time came for the salvation call, we all had tears in our eyes as we looked around and saw hands raised up in the air all over the field. What a beautiful sight!

As I moved on to pray for the sick, I asked the crowd, “How many of you believe that God is able to heal?” Most of their hands went up. I explained further. “For most people, the question isn’t whether God is able to heal but whether He is willing. When Jesus met the man who had leprosy, he cried out “Lord, if you are willing, you can make me clean.’ And to this cry, Jesus replied, “I am willing, be clean” and instantly the man was cured.”

We could see how people got excited, their faith level was built up and many began to believe and press in for their miracle. I prayed for the sick, and immediately people started coming forward with testimonies. 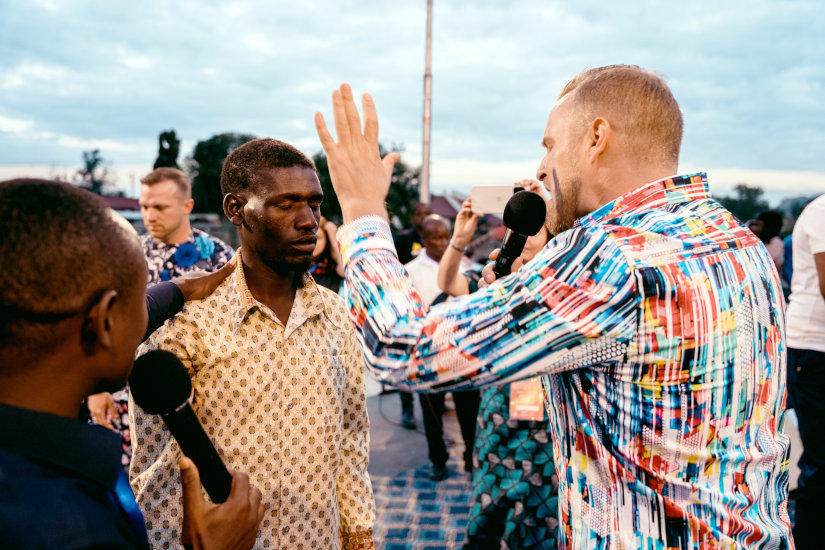 A young man who had been completely deaf in his right ear for twenty years came forward to tell his story. He came to the stage with his mother who verified that he truly had been deaf for all these years. He had been to the doctors, but they couldn’t give him any hope, nor help. But Jesus was there to touch this young man and restore his hearing! The crowd was roaring with joy and shouting, “HALLELUJAH,” as we all celebrated Jesus and this incredible miracle. Earlier that night, this man and his mother had also given their lives to Jesus and received the gift of salvation. As he was being tested on the stage, with a smile on his face he shouted out loud: “I love Jesus!” 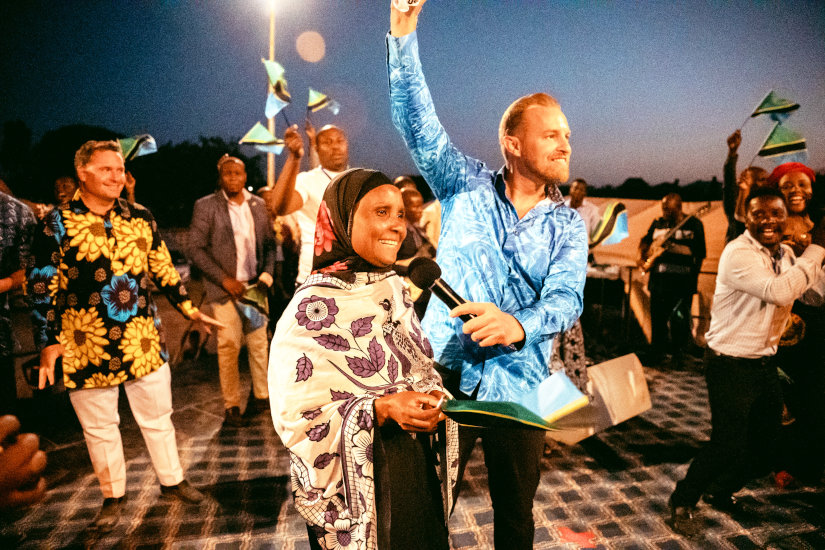 There was another healing testimony that really stood out for me, on the final night of the crusade. A Muslim woman who wore a head covering came forward to say that she had come to the crusade the night before, when Evangelist Daniel Kolenda was preaching. She’d suffered severe chest pain for ten years. During the prayer for the sick, she felt something flowing from her head down through her body, and she believed she was healed in that moment. To check for her healing, she had her child jump up and down on her chest and sure enough, all the pain was gone! She was healed completely after 10 years of agony.

The last night of the crusade, she returned, and as I was preaching the Gospel, she decided to give her life to Jesus. She was healed the night before when Evangelist Daniel Kolenda prayed for the sick, and then she was born again as I preached the Gospel. It was a team effort. The woman was so excited at what Jesus did for her, she began to jump up and down on the platform and the crowd went wild!  It was a moment I will never forget. 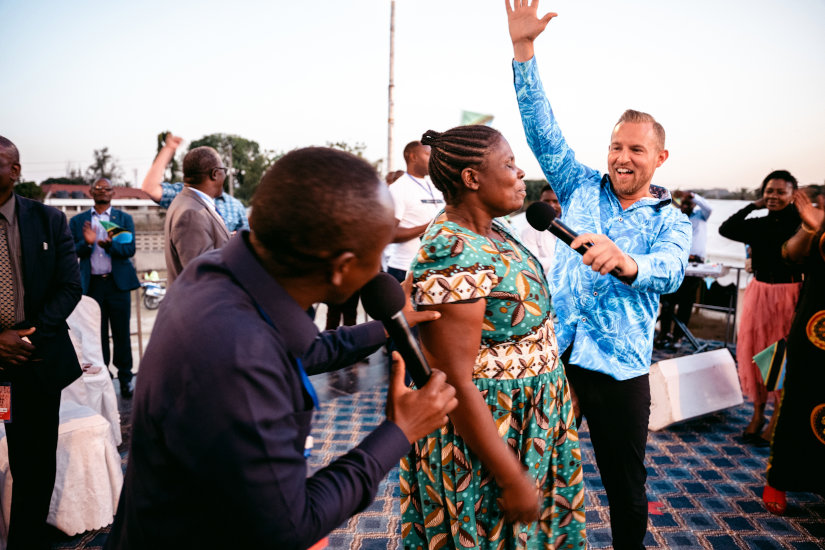 Lives are being forever changed. Eternally changed! And it’s not only the people who’ve received salvation or been healed or delivered. Over and over, I hear the evangelists themselves – and the Bootcamp interns – say, “I will never be the same again.” 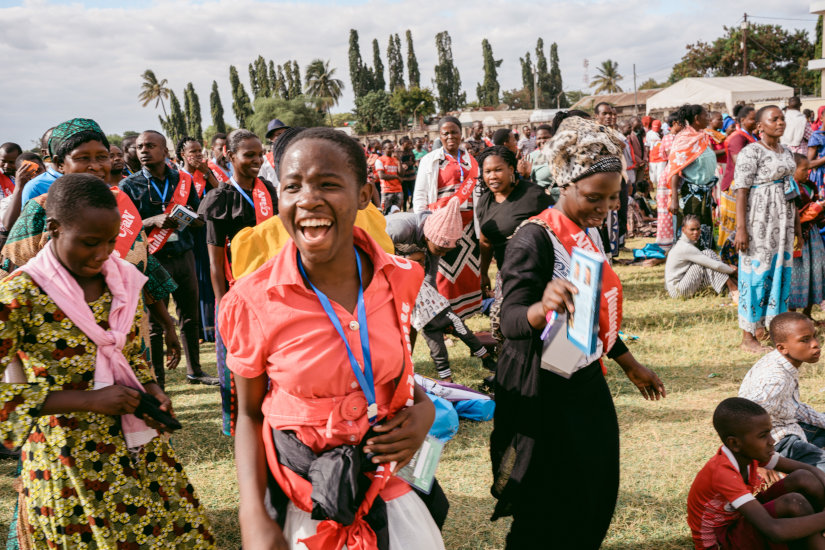 I pray that as you read these Decapolis stories, your own heart is filled with faith and confidence in our mighty Jesus, and that you rejoice with us and the angels! Because Paul Maurer is right – it’s a team effort, and you are part of this team. This is all possible because of ministry partners like you, who stand with us to see the Decade of Double Harvest vision fulfilled.

And we’re not done yet! More evangelist reports from Operation Decapolis are coming your way… 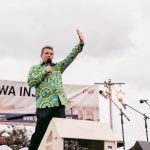 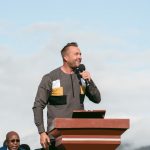