An American soldier in the Vietnam War was about to step on an anti-personnel landmine that was hidden from his sight. His comrade across the battlefield, who could see the impending disaster from his vantage point, stood up from behind his protective barricade and shouted a life-saving warning to his friend. At that moment the brave young man received a gunshot wound that ended his life. A couple of years later, at an honorary memorial service in the United States, the soldier whose life had been saved from the landmine had a chance to meet the wife and son of his deceased friend. The son, who was only seven years old, had never gotten a chance to really know his father. The soldier could tell that this boy’s heart was broken, so he knelt down next to him and put his hand on the child’s shoulder. “I want you to know,” the soldier said, “your father saved my life.” The little boy looked up at him with tears streaming down his cheeks. “Sir,” he said, “were you worth it?”

Leonard Ravenhill once asked the question, “Is what you’re living for worth Christ dying for?” We were not saved so that we could be polished, decorative knickknacks sitting on God’s shelf filling space in heaven for eternity. We have been saved for a purpose, and the fulfillment of that purpose is the only acceptable reaction we can have to the great gift of salvation we have received. You have an obligation, a debt, a compulsion, and a liability to the One who laid down His life for you. You have been saved, not for salvation’s sake, but you have been saved to serve.

In light of these things what then should we do? Perhaps you feel a desire to respond by offering your life as a “rocket booster” to propel God’s kingdom forward, but you are not sure where to begin. When Saul, who later became the apostle Paul, met the Lord on the road to Damascus, this was his question, “Lord, what do You want me to do?” (Acts 9:6, nkjv). And this is where our journey begins, with a simple question. The question is not, “What do I want to do with my life?” but, “Lord, what do You want me to do with my life?”

Do you want to read more about discovering and fulfilling God’s will for your life? This excerpt was taken from my new book LIVE Before You Die.  It is an interactive book – containing QR Codes and links to videos that enrich the content.  It’s not just a book – it’s an experience.  You can order your copy by clicking HERE 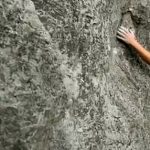 SNEAK PEAK of a video from my new book – Released Today!Articles 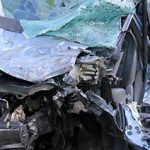 You Are Not An Accident!!Articles, Devotional, Teachings