Tonight our Gospel Crusade in Lusaka, Zambia began and the dynamics here can only be described as awesome! Over 80,000 people were in attendance in the first meeting! The services are being broadcasted across the nation on Christian Voice Radio. I was invited to meet and pray with the first president of Zambia and founding father of the nation, Kenneth Kaunda. The press have shown great interest and there is an electricity in the air as the people have come full of faith and expectation that God will do something extraordinary here this week.

This morning the Fire Conference began as Rev. Oliver Raper and I ministered to hundreds of Pastors and church workers. Tonight Evangelist Scott Lee opened the meeting, building the faith of the people and preparing their hearts for the Gospel. Then I preached a message of salvation, lifting up the name of Jesus and there was an overwhelming response.

After the prayer of salvation and prayer for the sick we heard amazing miracle testimonies:

• A mad man who was sitting on the ground eating dirt suddenly came to his right mind as we were praying. When he came onto the platform he was still covered in dust from head to toe, but he began declaring the wonders of God with such enthusiasm, one Pastor on the platform said, “He’s preaching!” and the people were beside themselves with joy! It was like something right out of the New Testament.
• A 7-year-old little girl who had never heard or spoke was healed tonight. She was able to repeat after me, “one, two.” It was so precious.
• A man totally deaf in his right ear for three years received perfect hearing.
• A young lady who was paralyzed on her left side received complete healing. Her mother was weeping for joy as she saw what her daughter was able to do.
• A woman with a tumor in her stomach the size of a grapefruit said that it vanished during the prayer.
• A woman who had never smelled anything before said she could suddenly smell.

These and many more miracles took place here in this first meeting. It is obvious that Jesus is at work here. I am sure we will see a huge increase in the attendance as the week goes on. I wonder if the field will be able to contain it!

I’ve received messages that some of you are fasting and praying for us. The Lord is hearing and answering your prayers. Thank you for continuing to pray for us. We are standing shoulder to shoulder in this work. 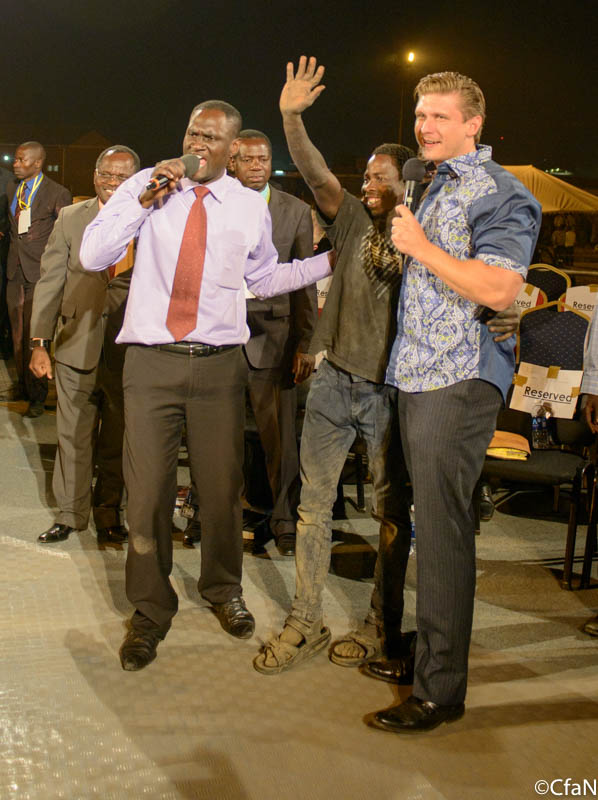 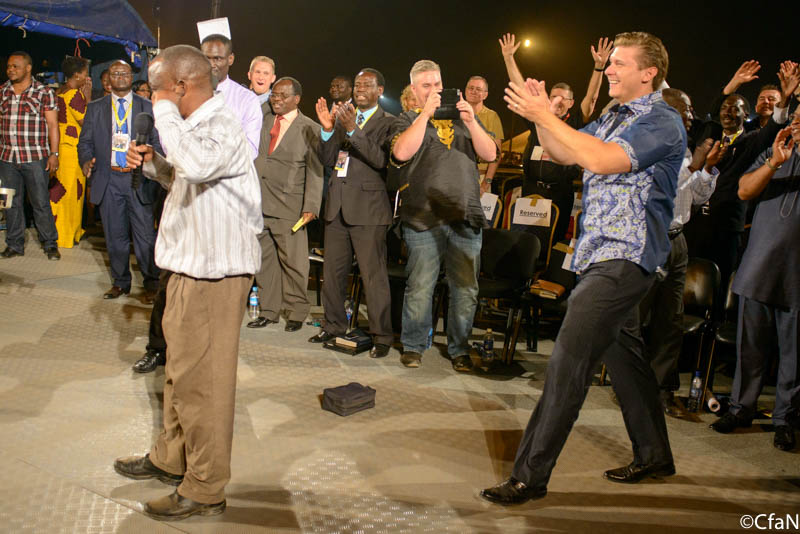 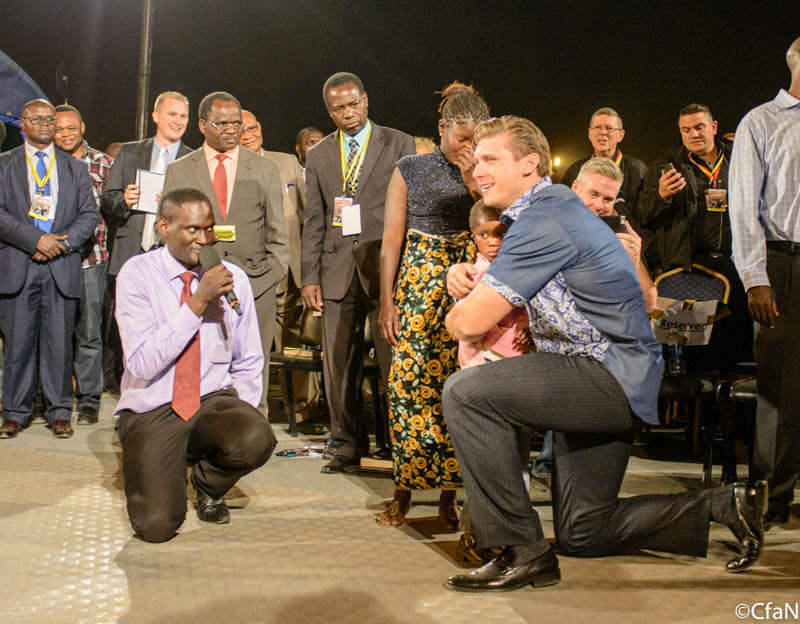 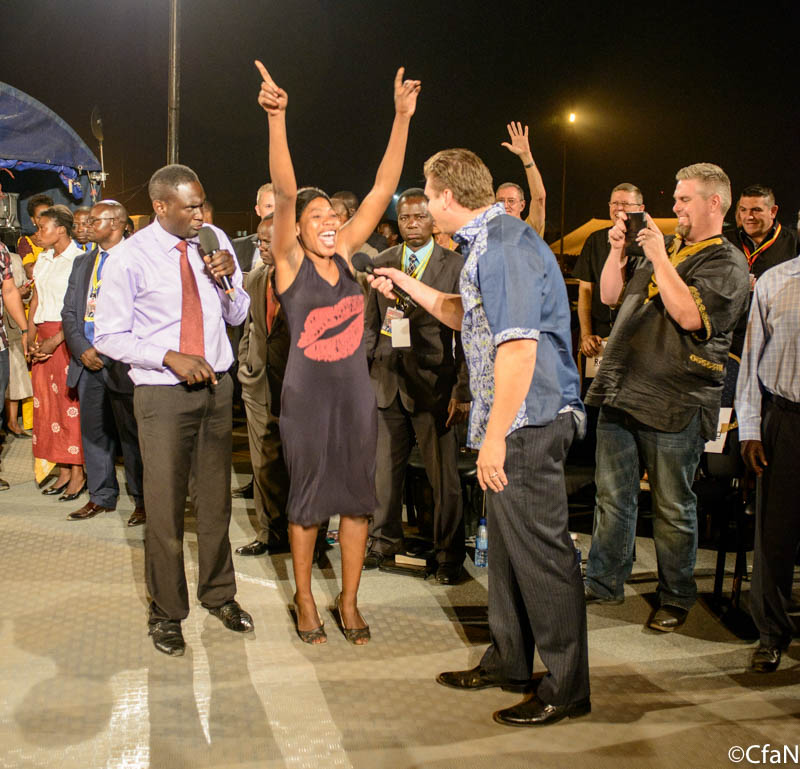 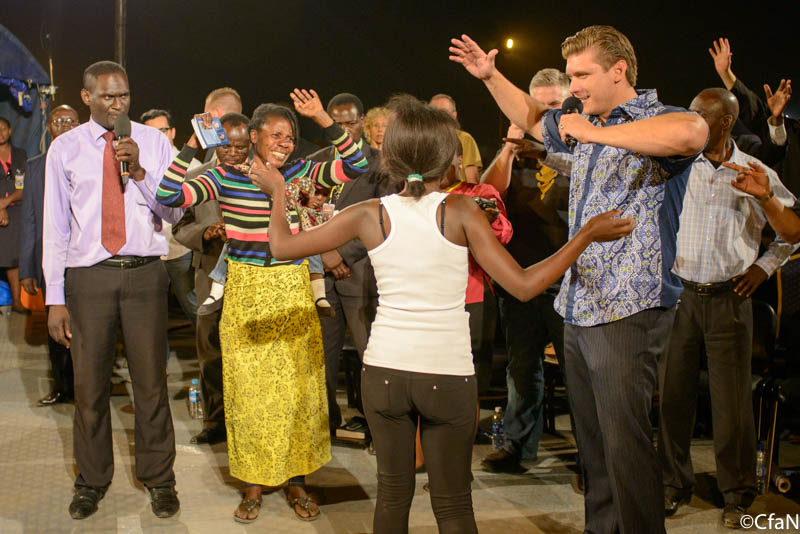 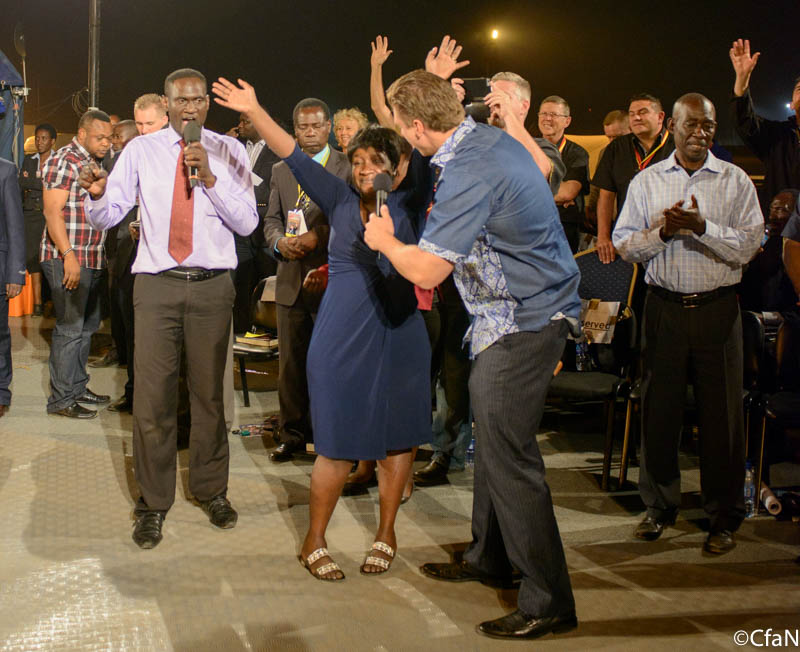